Former reality TV show, Brother Naija housemate, Frodd has finally explained the reason behind his failed relationship with Esther, and it appears to be due to some forces emanating from their fan base, families and friends that affected them after the show. 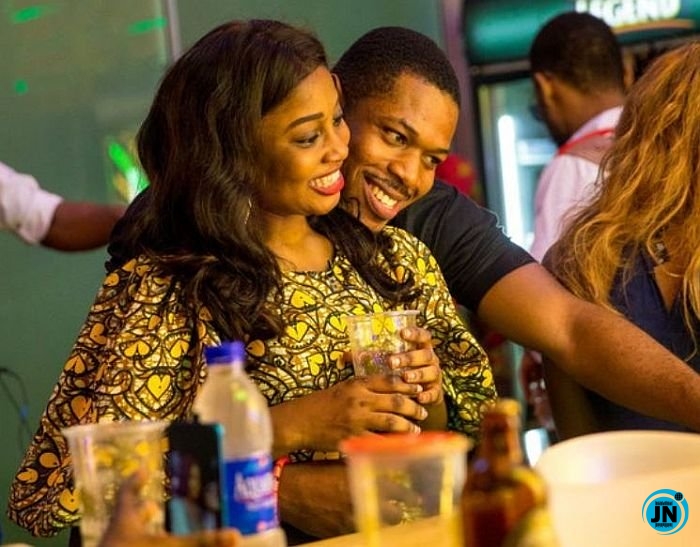 Frodd made this known on Wednesday’s episode of BBNaija Reunion hosted by Ebuka Obi-Uchendu.

He, however, stated that he equally needed transparency and trust in the relationship but wasn’t getting that from Esther.

Esther, while reacting revealed that Frodd never officially asked her to out.

“IF FRODD WANTED ME TO BE HIS GIRLFRIEND, HE WOULD HAVE PROPERLY ASKED ME OUT.”

She also affirmed that they did go on a dinner date even while they were in Dubai but she had her reservations because Frodd complained about almost everything.

“I CAN REMEMBER GOING ON A DINNER DATE WITH HIM BUT EVERYTHING WAS TOTALLY OFF BECAUSE WE KEPT ON ARGUING ABOUT STUFF.

“I HAD MY RESERVATIONS ABOUT A LOT OF THINGS BECAUSE HE COMPLAINS ABOUT ALMOST EVERYTHING,” SHE SAID.

She also revealed that she genuinely liked Frodd while in the house and she wasn’t taking advantage of him as people thought.

“THERE WAS A TIME IN THE KITCHEN WHILE AT THE HOUSE THAT I SAW HIM ON GLASSES, AND HE LOOKED REALLY CUTE.

“IN MY MIND, I WAS LIKE, THIS GUY NA FINE GUY OO. IT WAS THEN THAT I REALIZED THAT I LIKED HIM.

“I EVEN LIKE HIM MORE OUTSIDE THE HOUSE,” SHE ADDED.

BBNaija: “Your Matter Haff Tire Me” – Dorathy To Ozo (VIDEO)
BBNaija: Here’s What Caused The Fight Between Nengi And Vee (VIDEO)
#BBNaija: "Why I stopped crushing on Don Jazzy" – Nengi Reveals
#BBNaija: "I Would Have Dated You" – Erica Confesses Her Feelings To Neo