It's looking like the ship involving Maria and Pere will never sail as the latter has just mentioned to Beatrice that he has moved on. 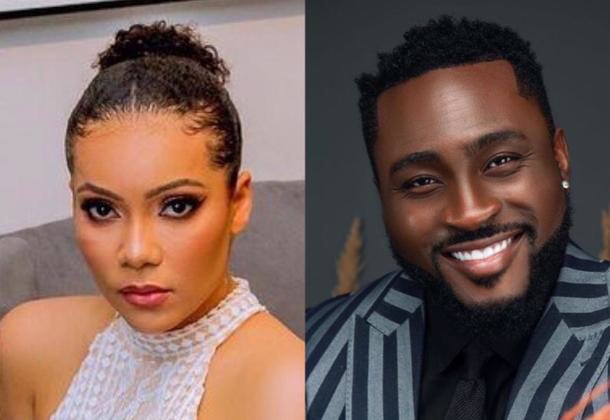 In a room that had just Beatrice and Pere inside the latter explained to the light skinned beauty that he has moved on from Maria and he is old enough to know what he wants in life.

This came after Beatrice had asked Pere why he has been distant to her in recent times which Pere said it was not what she was thinking.

Pere however while talking said he was no longer attracted to Maria and this has drawn attention of the viewers.

Before you read through the reactions of the viewers, you can watch the video of Pere talking to Beatrice HERE.

Now back to the gist, a Twitter user wrote;

“Maria has done Pere strong thing. ‘Maria is not my girlfriend’ 😂 Maria’s really shit on his ego last night and it clearly got to him.”

See the screenshots below for more reactions to this; 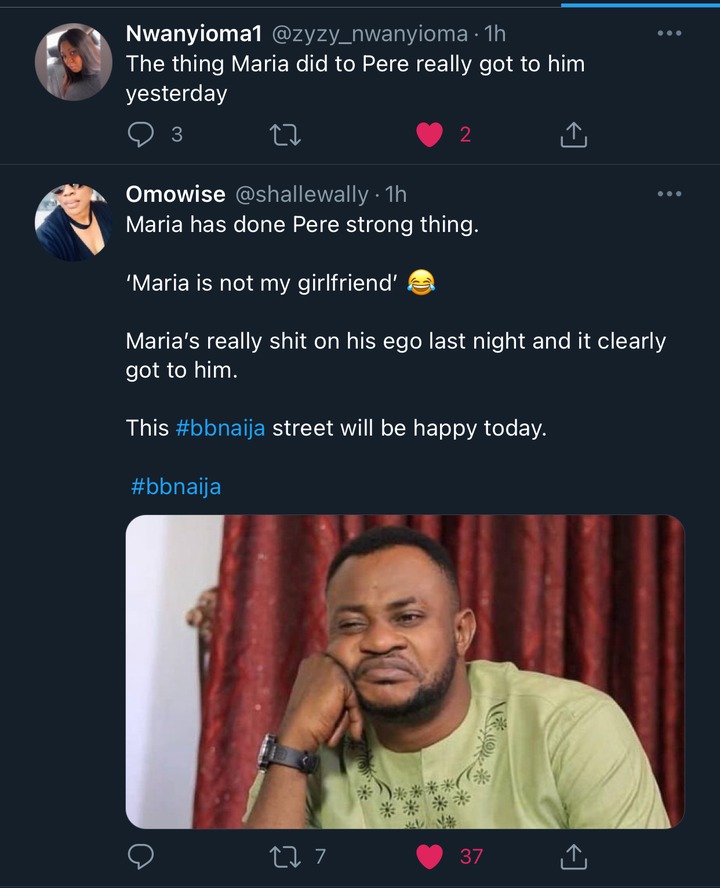 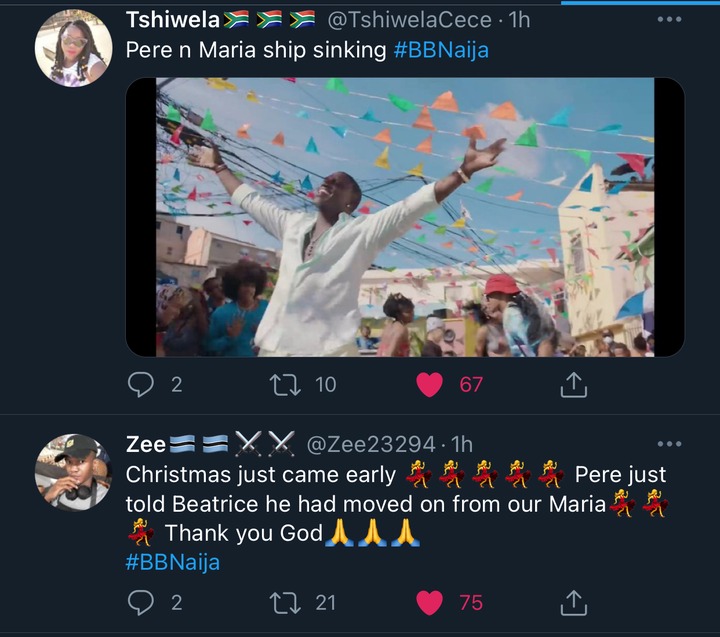 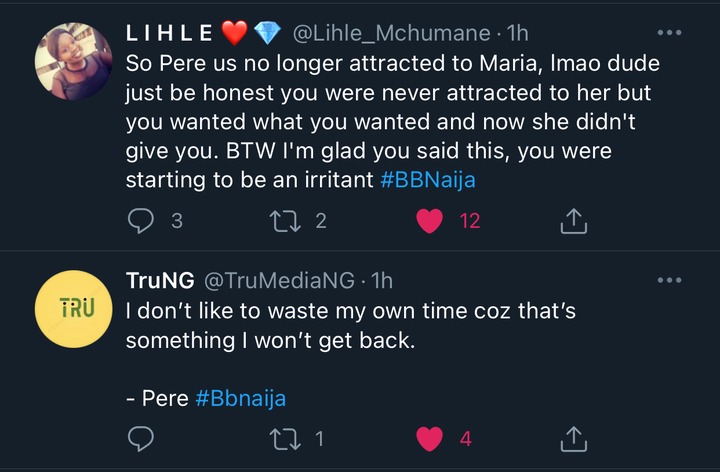 Note that Maria had immediately told Pere she was not interested in him the moment he told her about his love for her, this is probably where the problem started.