DJ Cuppy, who recently resumed teaching at Oxford University, demonstrated how to turn it up the Nigerian way for the students. 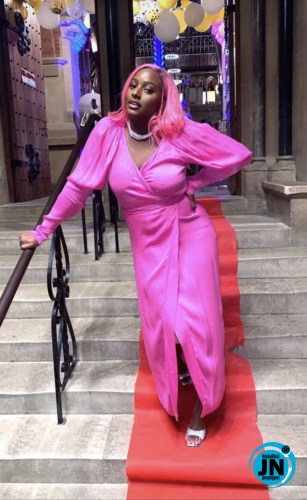 The Nigerian disc jockey and singer released videos of what appeared to be her first gig since returning to school.
Cuppy attests to the fact that Oxford University students know how to party in her instagram story.
See below:

A week ago, Cuppy made some changes about her life, as she resumed classes in England. She also told her fans that she may not be available until 2022 due to her tight schedule me going forward.


In addition, the billionaire heiress pledged to quit drinking as she makes her way into a new phase of her life.

Cuppy wrote, “If I don’t get back to you until 2022, it’s because I’m a full time student at Oxford University, I’m djing around the country, I’m launching my Jewelry brand, and I’m working on new music

. Also, I quit drinking, I’m starting a venture capital, + all the other stuff.”