Popular and beautiful Nollywood actress, Toyin Abraham, has come for her fans who boasted on viewing her new movie, by hacking into the Netflix app to download her film for free on the platform. 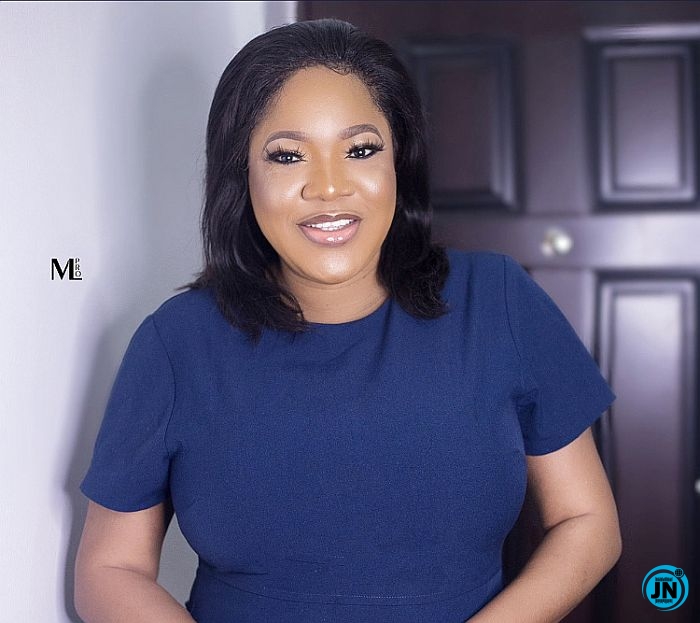 In a tweet by Toyin over the weekend, the actress however urged her fans to try and view her new movie, 'Elevator Baby', (which won her the 'Best Actress Award' at the 2020 edition of the Africa Magic Viewers’ Choice Awards (AMVCA)), on the Netflix app.

“HAVE YOU SEEN #ELEVATORBABY ON NETFLIX? IF NOT, YOU ARE ON A LONG THING…,” SHE WROTE.

The fan, with username, @Alganiyu01, then boasted that he has already downloaded the movie.

“I DON DOWNLOAD AM SEF. SO INTERESTING. WONDERFUL JOB…”

But then, Toyin who was not impressed, replied with a shock, saying,

Then another fan with username, @Vybezwurld, came forward and boasted of how he had hacked the Netflix systems, Toyin replied with a warning:-

“USE YOUR MOUTH AND HAND TO PUT YOURSELF IN TROUBLE. OLORI NLA.”

You may still recall that, Comedian AY Makun, had also complained on how his new movie 'Merry Men 2' was hacked on the Netflix app.

He felt disappointed that fans are not only downloading the movie illegally, they are also sharing for others to download.

“IT WOULD HAVE BEEN OKAY TO HACK OR ACCESS MERRY MEN 2 AS A CRIMINAL THAT U ARE, BUT SHARING THE LINK ON SOCIAL MEDIA AND ASKING EVERYONE TO GO DOWNLOAD IT OUTSIDE D LICENCED NETFLIX PLATFORM IS CRIMINAL. DO NOTE THAT AS U BRING DOWN D HUSTLE OF ANOTHER MAN, URS WILL NEVER GROW,” HE TWEETED.