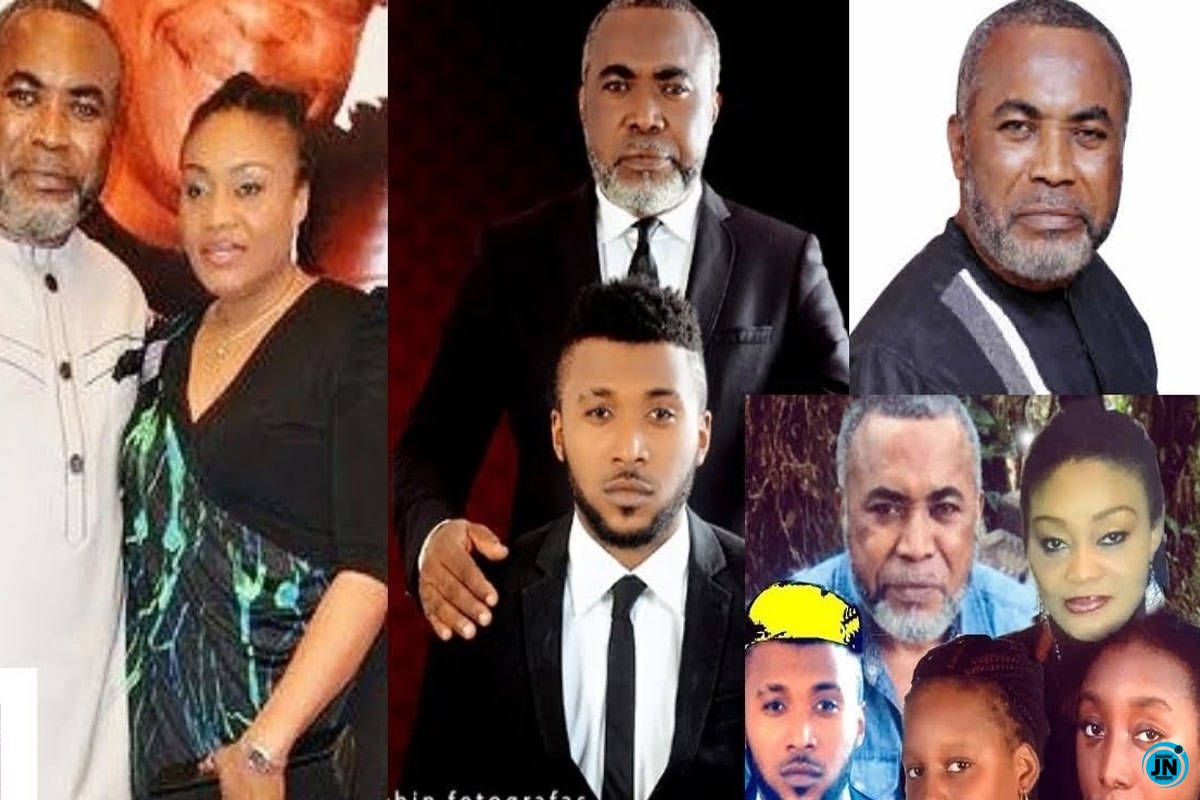 The name Zack Orji, isn't new to the Nigerian Entertainment industry. He is an actor, producer, writer and a philanthropist born on October 10, 1960 in Libreville, Gabon.

Zack Orji, legally named Zachee Ama Orji, grew up in Cameroon, Togo and Benin Republic but his roots are from Nsukka, Enugu state in the south eastern part of Nigeria.

He comes from a family of 7 with him being the eldest and he had his basic and secondary education in Gabon, Cameroon and Togo.

The astute filmmaker had his tertiary education at the University of Nigerian Nsukka in Enugu State where he obtained a Bachelor’s Degree in Estate Management.

In 1991, Zack Orji joined the Nigerian movie industry, Nollywood with his debut appearance in the movie ‘Unforgiven Sin’ which brought attention on him.

He has featured in over 250 movies in Nigerian and the excellence to which he brings to the interpretation of scripts to the screen makes him outstanding with many describing him a legend.

Zack Orji, has attained so much awards to his name, which includes;

2. Nollywood Most Prominent Actor in Nigeria at the Best of Nollywood Awards,

4. Best Actor in a Leading Role at the Africa Movie Academy Awards,

5. Best Actor of the Year at the Africa Movie Academy Awards

6. Most Promising Actor in Nigeria at the City People Entertainment Awards.

The veteran actor, is a father of three adorable children and is married to Ngozi Orji and one of his sons, Lionel Chukwuemeke Orji, is also making strides in his music career.

Currently, Zack Orji is based in Lagos State with his family, and aside acting, he runs a real estate business.

Currently now, Zack Orji is one of the richest Nollywood actors with an estimated net worth of $3 Million.

Nigerian Lady slams hard on Kiddwaya and Family, Saying they are using BBNaija to maintain Relevance
Actor, Zack Orji: Biography, His Family, Net Worth And Awards