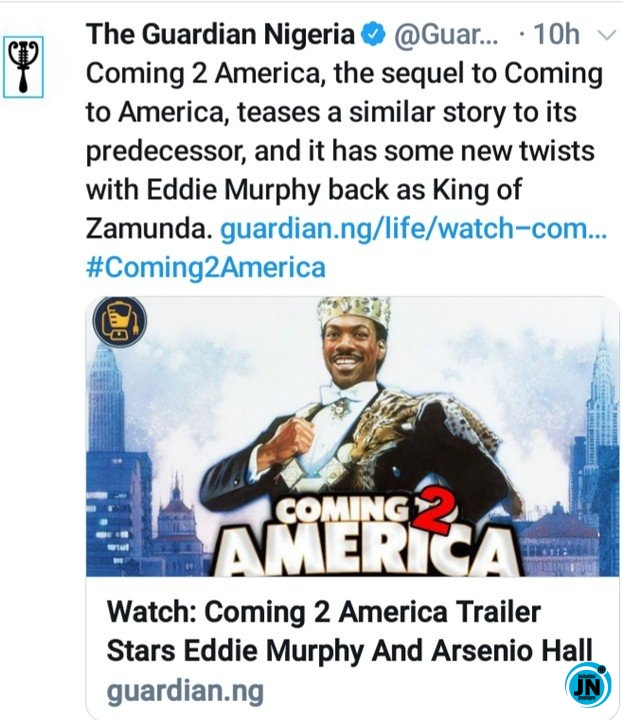 Coming 2 America, the sequel to Coming to America, teases a similar story to its predecessor, and it has some new twists with Eddie Murphy back as King of Zamunda.

Now, after all these years, King Akeem has not only taken over as the new ruler of Zamunda, but has built a life with his Coming to America sweetheart, Lisa (Shari Headley), and had three daughters.

However, when he is alerted to the fact that he has an heir living in New York City (Jermaine Fowler) and that only a male heir can take over the Zamundan throne, Akeem is compelled to go find his long-lost son.

Akeem ropes in his longtime friend and advisor, Semmi (Hall), for a return trip to the Big Apple so the pair can track Akeem’s son down.

Akeem and Semmi will be running into plenty of old friends they made during their first trip to New York City more than 30 years ago and will be crossing paths with some new, colorful characters, too.