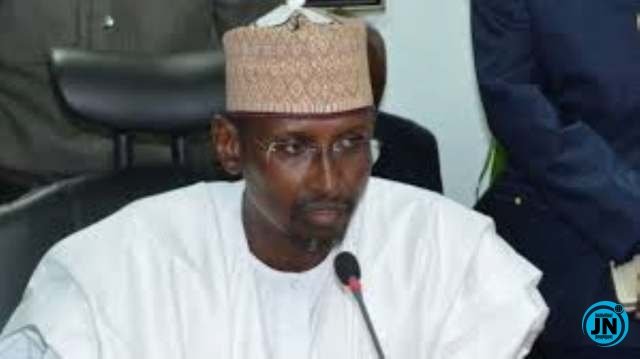 Warehouses including those privately owned had come under raid in various parts of Abuja since Saturday. On Monday, another warehouse in Gwagwalada where COVID-19 palliatives were stored was looted, with the looters saying it would take them about two days to empty the expansive storage facility.

However, speaking at an emergency security meeting on Monday, Bello who asked those who looted the food items to return them immediately, said there would be a massive deployment of security operatives in and around the factories at the Idu Industrial Layout.

According to him, what was ongoing was no longer the #EndSARS protest but broad daylight stealing by hoodlums.

Also, Minister of State in the FCT, Dr. Ramatu Tijjani Aliyu condemned the development, saying no nation can survive without food reserves which are now being looted across the country.

Aliyu charged Council chairmen and royal fathers to reach out to opinion leaders to unite the people against looters.

Royal fathers at the meeting called for decisive actions to be taken against those looting across the city. They said hoodlums are beginning to enter markets shops and personal business premises.

Actress Tonto Dikeh vows to block her church members as she set to break the internet with hot bikini photos
As Long As I Am Alive, Lil Frosh Will Not Suffer – Davido Vows
“But you will kneel during doggy” – Reactions as lady vows never to kneel to propose to a man
Shatta Wale Vows to Beat Up Any Ghana Musician Who Releases A Song During This COVID-19 Period