A Nigerian lady has revealed her main objective post-EndSARS protests. 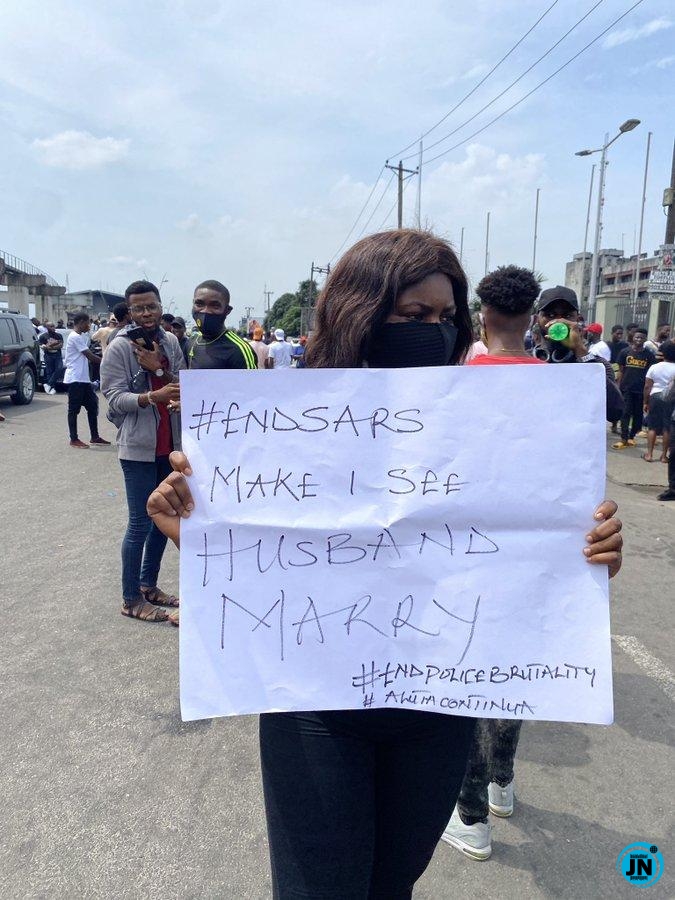 While many want the Nigerian government to end the Special Anti-Robbery Squad (SARS) so that thing will get better afterwards in the police, a Nigerian lady wants it to end so she would see a man to marry.

The lady was spotted during the EndSARS protests in Port Harcourt today, October 13th. Her placard read;

After days of angry protests, Inspector General of Police Mohammed Adamu said in a statement on Sunday SARS had been dissolved “in response to the yearnings of the Nigerian people”.

He added, however, all SARS officers would be redeployed to other police units.