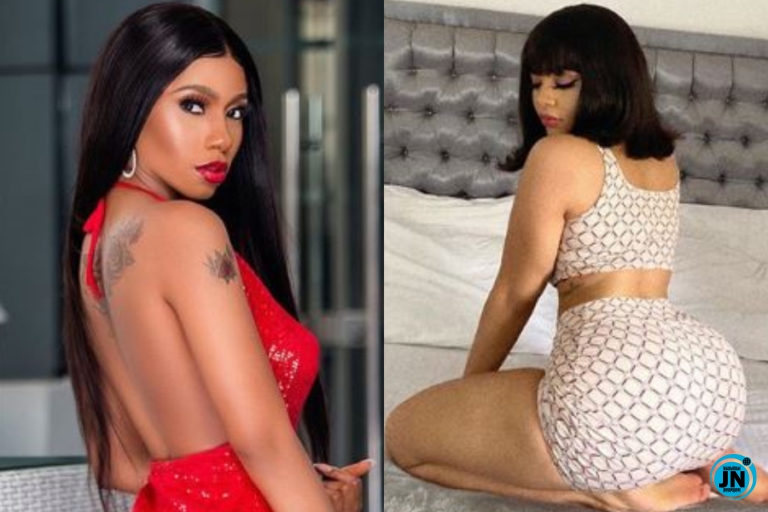 Mercy Eke was the winner of last year’s edition, and the first female to achieve such feat.

Since the start of the 2020 Big Brother Naija show, many social media commentators have accused Nengi, of trying to portray Mercy Eke in whatever she does.

Actress Maryam Charles, has now joined those making the claims, as she stated that Nengi is using the particular method for herself to get popular.

Maryam Charles made this known in a recent social media post, as she expressed displeasure over the way the housemate goes around almost half-naked.

See what she wrote below;

“I’ve been watching this season of BBNaija and I won’t lie, I’ve been disgusted by what Nengi has been doing.

Am I the only one wondering whether this girl has clothes at all? Because it seems anytime the camera is on her, she is either half naked or wearing something showing off her bum.

For Christ sake, is she telling us that it’s only when you show your nudity that you will win the show? Is it only when you twerk that fans will appreciate your ‘talents?’ It makes no sense!

I dont blame her though. She learnt it from another ex housemate Mercy. Remember how Mercy too used bottom power to win the show when there were more talented people there? This rubbish has to stop.

I don’t blame Nengi, she’s probably not smart enough to know that Mercy is not the kind of person to use as your role model. There are strong, influential and well respected women out there that can lead you in the right path.

To the young girls out there as well, nudity is not a sure way to success. Sure, perverts will literally eat you up with their eyes, but that’s it. You will not gain anything. Instead, it’s your virtue that will reduce. Do not look at ladies like Nengi and Mercy as your role models, like I said earlier, there are better women out there.”

Yoruba Actress, Omoburty Fires Back At A Troll Who Shaded Her Big Backside
“If you ask me out on a date, the bill is on you” – Actress, Queen Nwokoye
Actress Tonto Dikeh Has An Advice For Those Buying Flashy Things Without Investments
AMVCA: Actress Nkechi Blessing trolls Nollywood stars who borrowed money for their dresses (VIDEO)