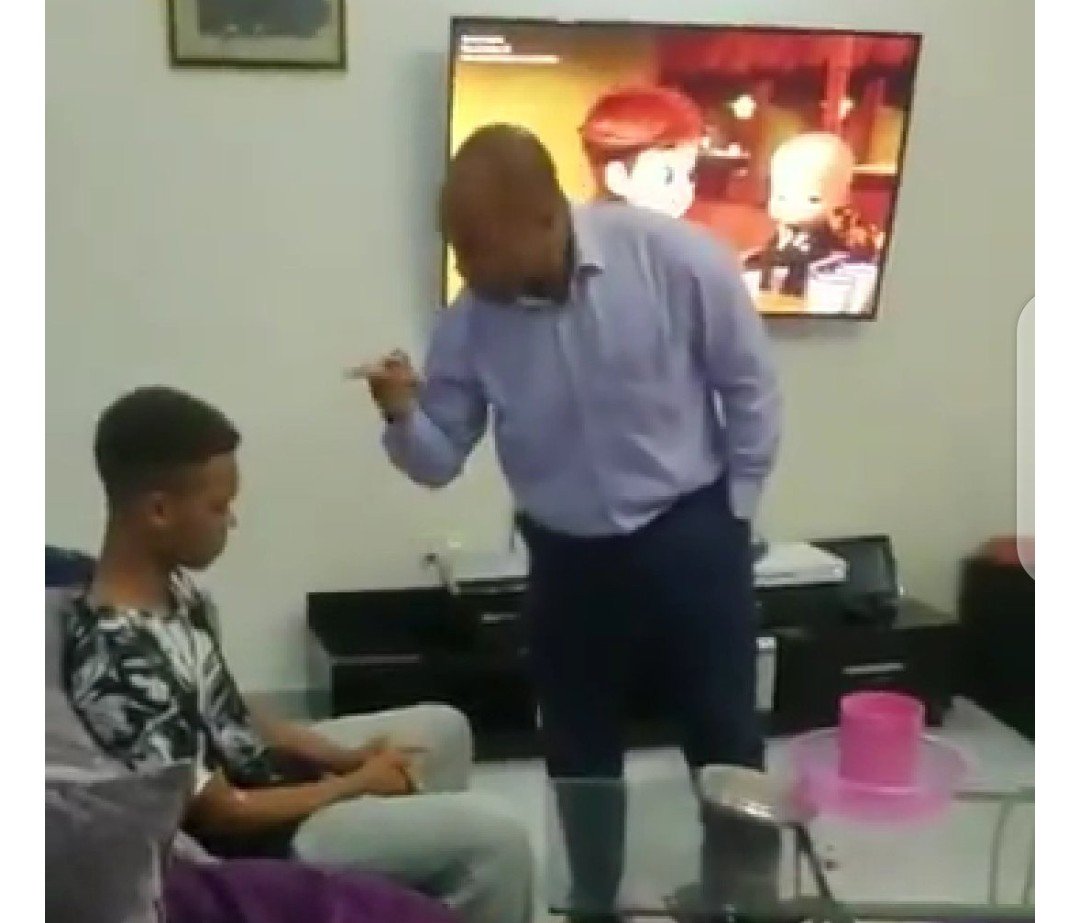 A father has been summoned by the Zambian police over a viral video which showed him beating his son for his performance in his school exam.

The man who claims to have paid $21,000 as tuition fees in the American International School of Lusaka, Zambia, said his son failed to sit for Math and English but scored A in music while other courses were failed.

”I told you this is a scar on your entire life, do you know the reputation this gives you? You can’t read? You are a big boy you can’t read?’ The father said.

Who probably recorded the video could be heard telling the man not to beat the boy. He replied saying: ”How can you say I should stop beating him, you know what this means..”

The police have now opened an investigation into the matter after the video went viral. Watch below.