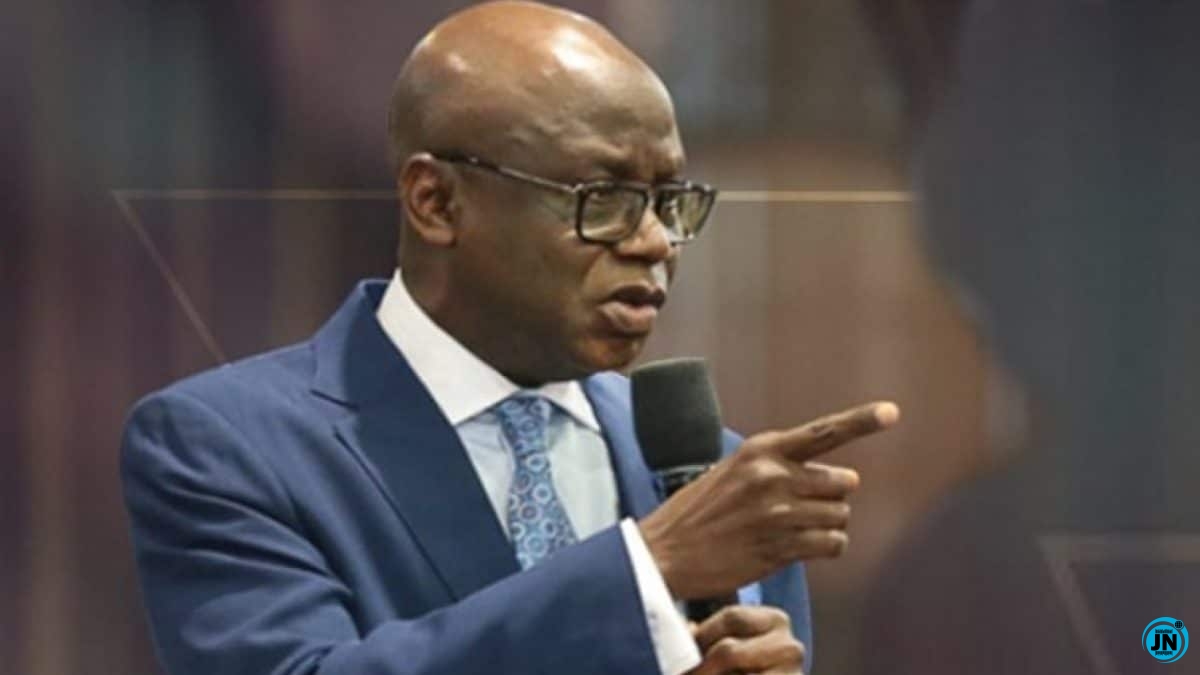 Serving overseer of Citadel Global Community Church (CGCC) Tunde Bakare while giving a sermon on Sunday has recounted how he nearly lost his life during the Ali Must Go protest in 1978.

The protest began on April 17, 1978, as students in all tertiary institutions in Nigeria whose campus unions were affiliated to the National Union of Nigerian Students (NUNS) began a boycott of lectures to pressure the military government of Olusegun Obasanjo to cancel recently-announced increases in school fees.

Bakare was a student leader at the University of Lagos at the time.

“As I reminisced on the unfortunate incident of the shooting of unarmed protesters by Nigerian soldiers, I recalled with solemnity how I almost lost my life in the Ali Must Go protests as armed policemen fired live bullets into a crowd of students protesting peacefully,” he tweeted.

“Unfortunately, the bullet that narrowly missed me gunned down the young man who was beside me, Akintunde Ojo, after whom a library in UNILAG was subsequently named…it is painful that the younger generation has had to face the same beasts we fought in my generation. #EndSARS.”

Bakare who had in his usual state-of-the-nation address backed the #EndSARS protest against police brutality expressed dissatisfaction with the freezing of bank accounts of some persons who promoted the protest.

On the planned social media regulation by the Federal Government, Bakare said: “Let me state, once again, that, although I have been a victim of misrepresentation and needless defamation of character on social media, I remain an advocate of freedom of expression.”

“There was no war, but they just wasted my son” – Father of young boy killed by a policeman in Rivers State, cries out for justice (Video)
The World is falling and aging by the day, As a little boy open his heart to speak to his mother, about his broken relatioship.
Police rescue pregnant teens from baby factory in Cross River
“I want a baby” – Says Burna Boy’s girlfriend, Stefflon Don amidst side chick saga