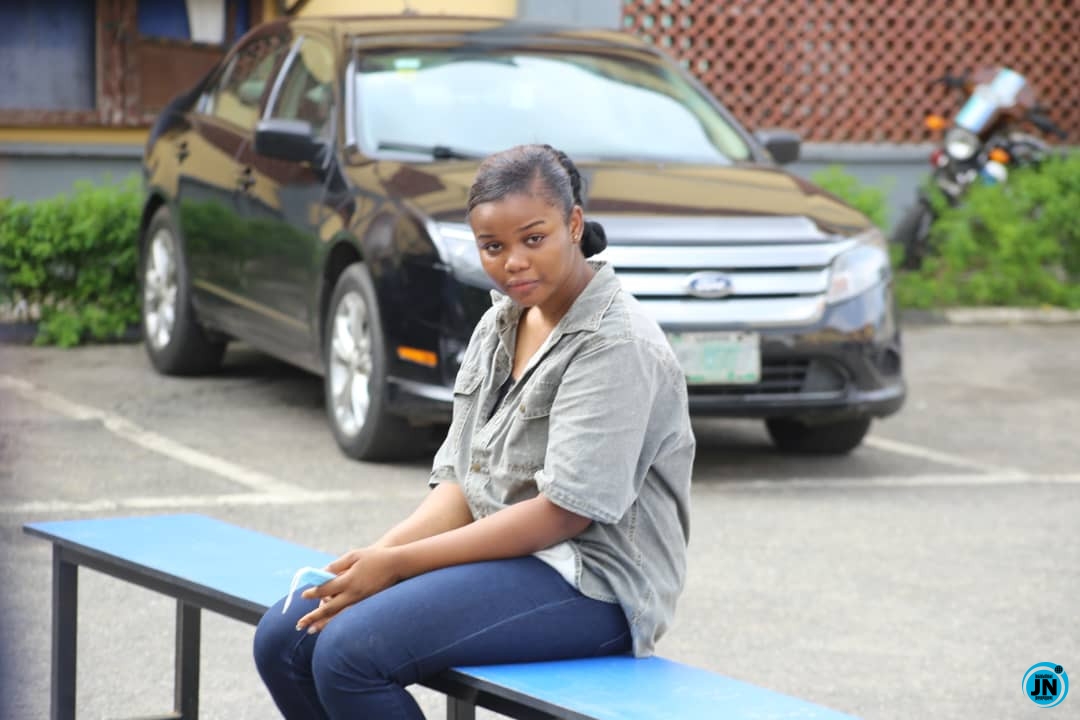 A Nigerian lady has narrated on Facebook, that this won’t be the first time that embattled 21-year-old UNILAG undergraduate, Chidinma Adaora, would be committing a crime.

The lady, identified as Tamara on Facebook, alleges that Chidinma has been in the business of blackmailing businessmen for years now but only met her waterloo recently following the death of Super TV CEO, Usifo Ataga.

Tamara, in her narrative, disclosed how she was involved in a case of blackmail involving Chidinman some years ago, where the latter was nabbed by policemen but was only freed when she returned the money she’d conned a married man of.

According to her, she wouldn’t have believed that an innocent looking lady like Chidinma was involved in a murder case like if not because she was aware of the crime she committed years back. 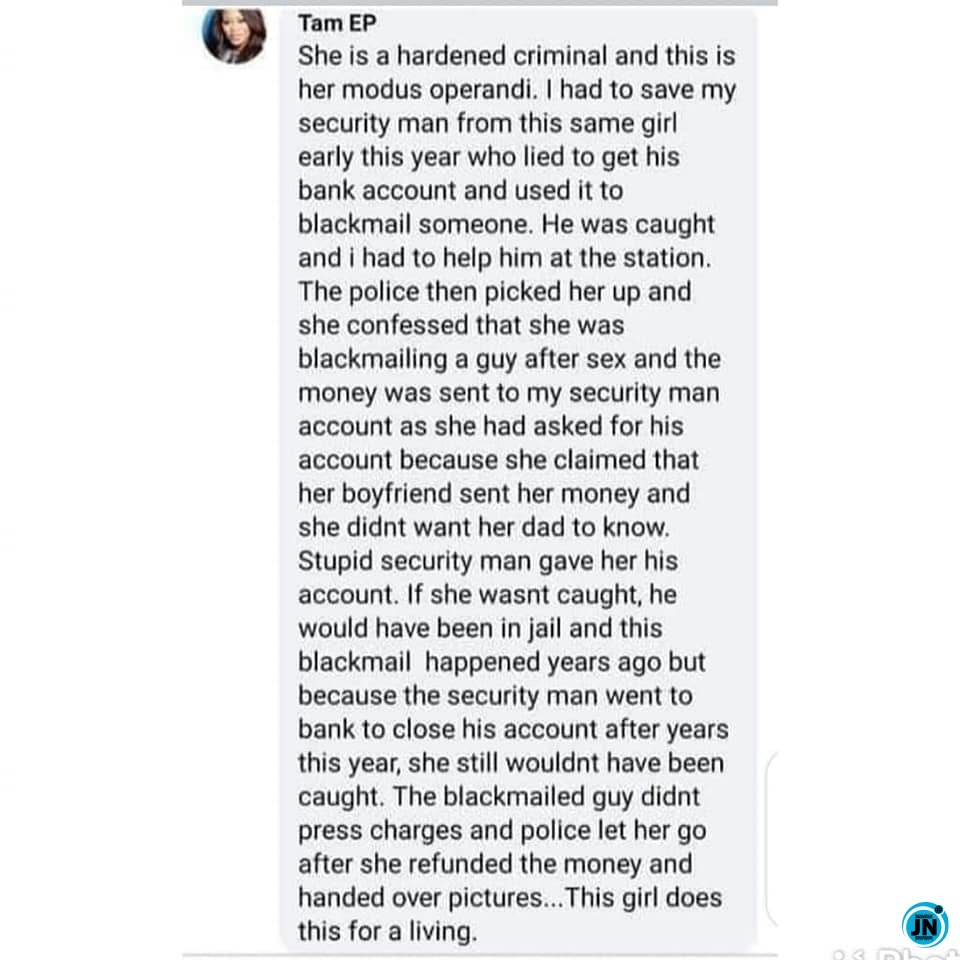 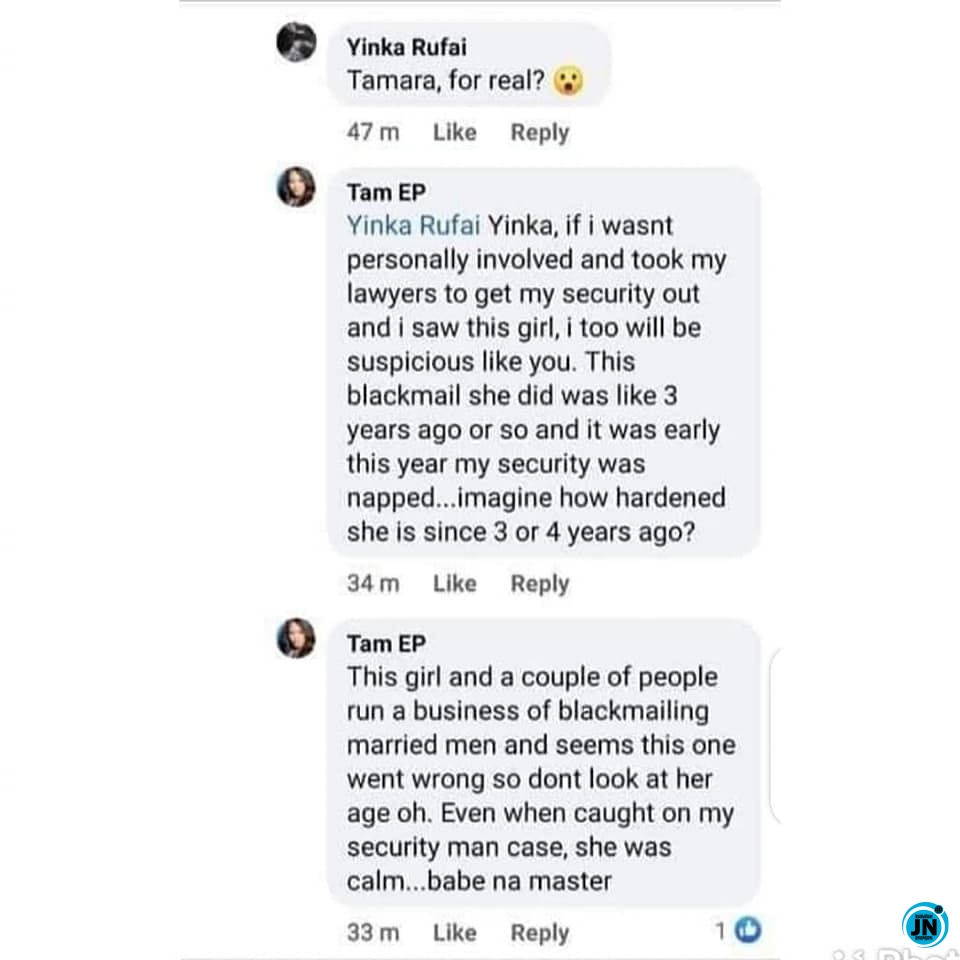