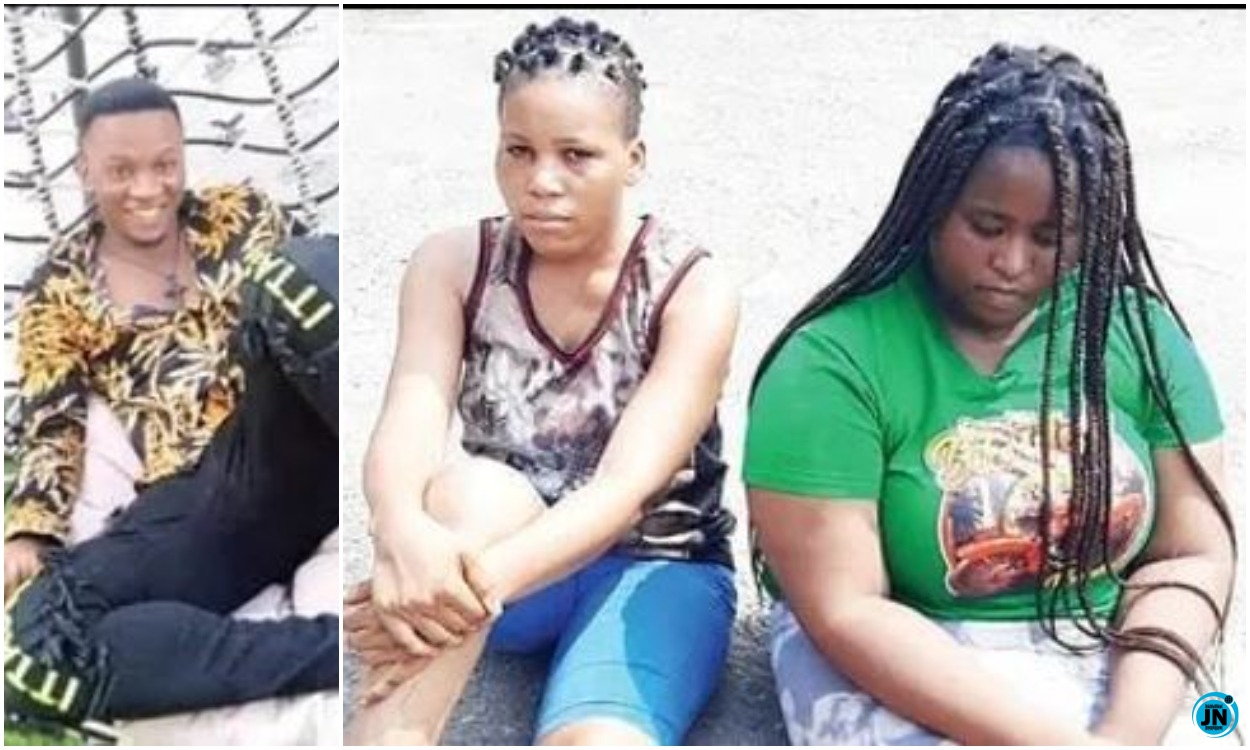 Two teenage girls, Precious Chukwu, 22, and Ujunwa Offiah, 18, have been nabbed by security operatives of the State CID in Lagos, for faking their own kidnap with one Ifesinachi Blessed.

According to SP Olumuyiwa Adejobi, the spokesman of the police force revealed that the duo mastermind the kidnap with one Ifesinachi, who is a driver with one of the cab-hailing services but presently at large.

He pretended as a kidnapper and demanded a ransom of N30 million. They eventually negotiated, with the help of his other girlfriend, Precious Chukwu, and agreed to pay him N700,000 before he “released” Ujunwa.

After investigations, it was revealed by the police that it was a staged kidnap. The prisoners were promptly arrested except for Ifesinachi who is currently on the run.

Davido Shows Off What He Learnt From Chioma, Says “Do or Die…”
Nigerian man narrates how he stopped the police from freeing a suspected pedophile because the mother of the child was unable to ‘pay money to register the case’
'Lockdown Won't Stop Nigerian Men From Cheating On Their Partners ' – Actress Wini Lazarus
Actor Alexx Ekubo In Shock As He Receives New Range Rover Suv From Childhood Friend |video