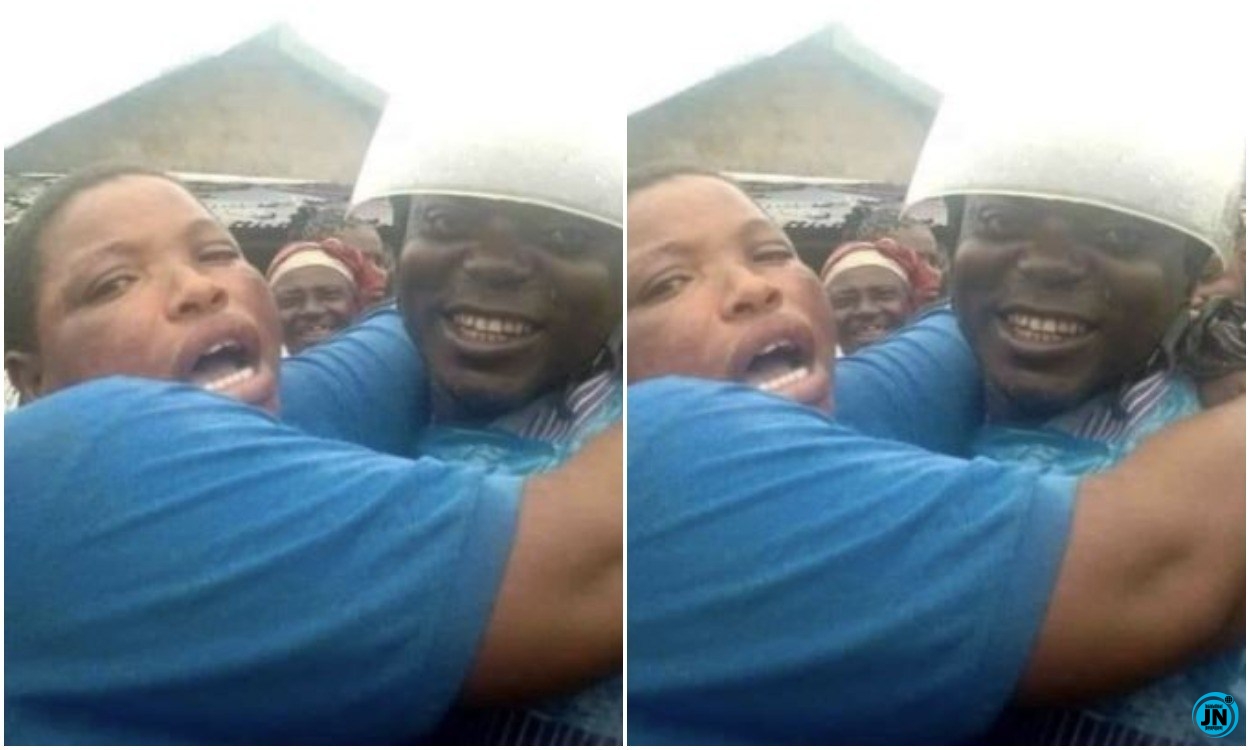 A Nigerian businesswoman, was left emotional and filled with joy, after recovering something very dear to her, few minutes after she lost it.

The woman who is a businesswoman alighted at the Oghareki market from a motorcycle in Oghara, Ethiope West Local Government Area of Delta State and unfortunately did not see the moment her bag of money to the tune of N700,000 fell.

According to a reports, the woman was extremely overjoyed when the okada rider retuned the money to her as it is very unusual.

The businesswoman who showered praises on him said;

“He has a heart of gold to have left his bike to go look for the woman and return back her money.

At a time many of us will say God has answered my prayers, an ordinary okada man returned such a huge sum to the owner, may God reward him”.