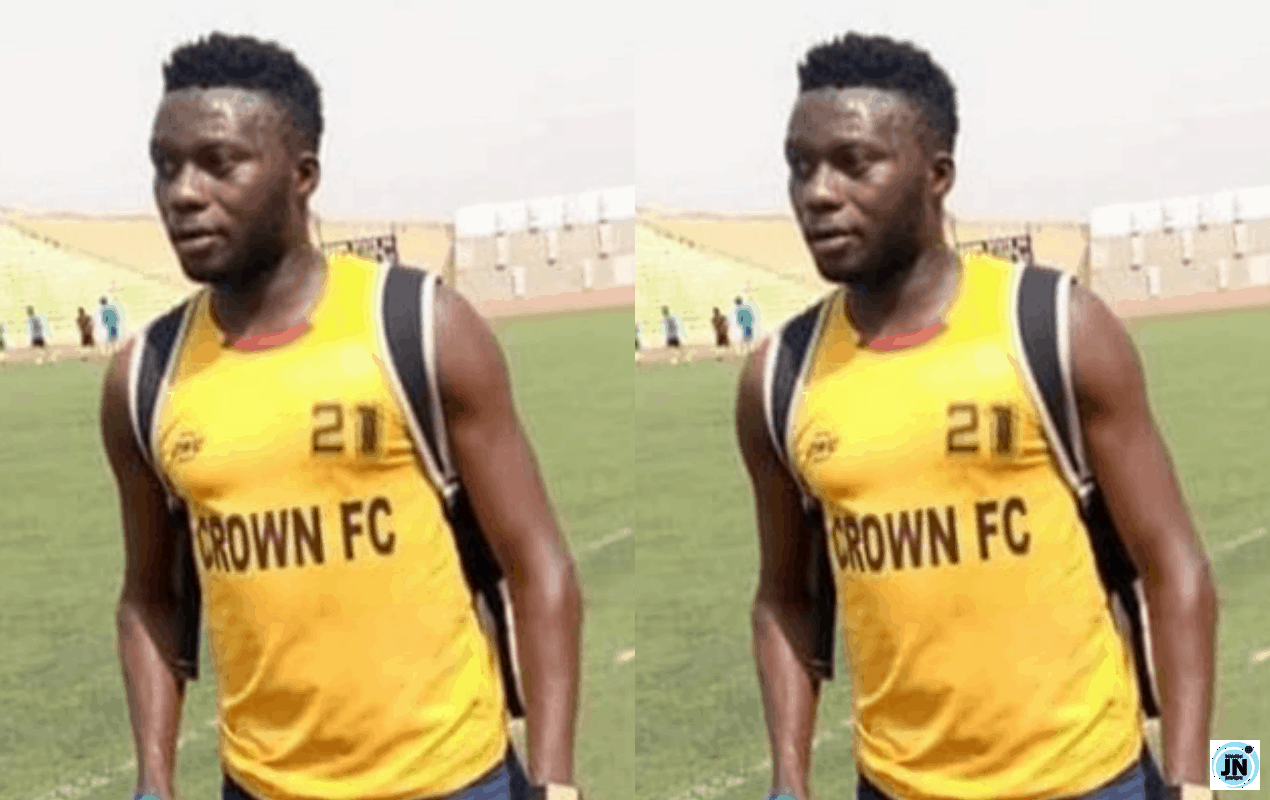 Usman Yusuf, a footballer with the Crown Football Club of Oyo State, has died after he slumped during a friendly match in Abeokuta, Ogun State.


According to reports, Yusuf featured in the first half in a friendly for Gateway United FC against Sliema Wanderers on Sunday afternoon, November 15.

He was resuscitated by medics after he slumped and later taken to the State Hospital, Ijaye where he passed on.

The Media officer of the Gateway FC, Moses Ojewumi, confirmed the incident on Monday in Abeokuta.

Ojewumi quoted Gateway United coach, Akeem Busari, as saying the late player “didn’t show any signs of illness when he came for trials and didn’t die at the camp as it was erroneously reported in some quarters.”