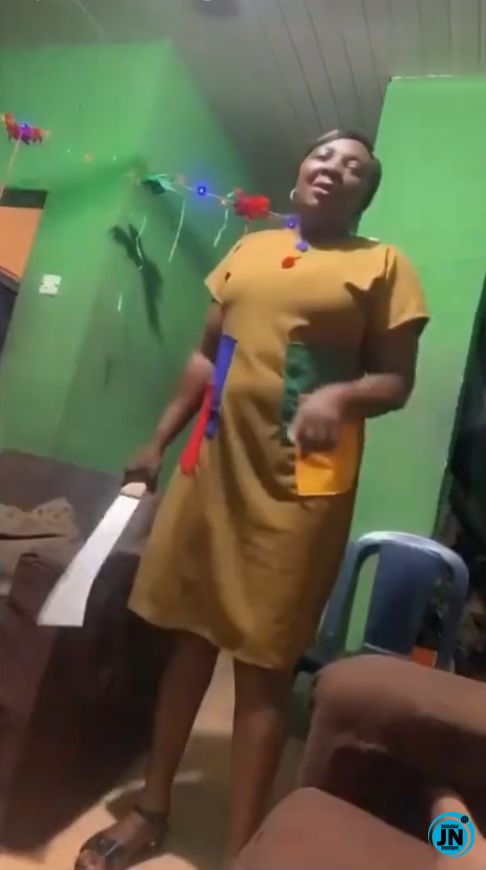 Concerned mother takes makes extra effort to have her daughter sit and listen to her advice on avoiding yahoo boys and fraudsters.

This comes amidst the increasing frequency of ritual cases involving mutilation of female body parts for money.

In the video making rounds on social media, a mother pulled a cutlass to get the attention of her daughter who was uninterested in the advice of avoiding internet fraudsters.

According to the mother who was worried for her daughter’s safety stated that the cutlass was necessarily to have the listening ears of her daughter.