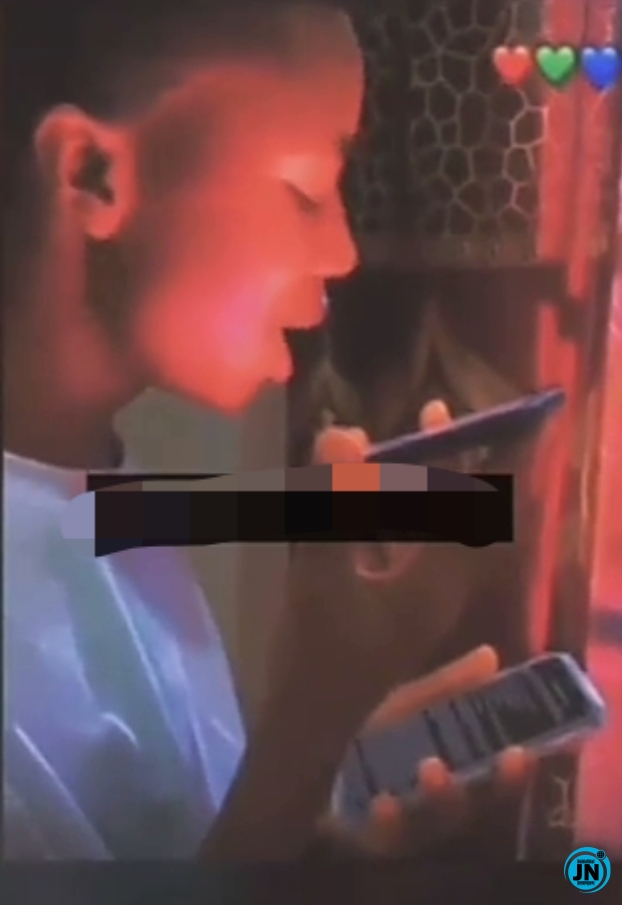 A video making the rounds on the internet shows an Internet scammer popularly known as Yahoo boy pleading with a client to refund money he had inadvertently sent.

In order to get the money back, he pretended to be a member of the Federal Bureau of Investigations. The young man pretended to be an FBI agent when speaking with the foreign client on the phone.

The Yahoo boy pretended to be phoning from the FBI’s Anti-Terrorism and Monetary Crime section, pleading with the client to comply because the cash he, the supposed FBI, supplied was not his.

He urged the client to send back the money, stating that it’s the final warning that she’d get.

Actress Toyin Abraham Reveals How She Almost Jumped Over Third Mainland Bridge
'If Regina Daniels Was A Boy, He Would Be A Heartbreaker’ – Tonto Dikeh
Chioma Goes Wild On Davido With Wicked Lap Dance In Dubai (Photos)
‘Gullible people’ – Oritsefemi’s wife, Nabila reacts to recent video her husband shared on social media