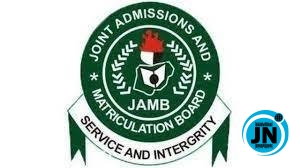 Joint Admissions and Matriculation Board (JAMB) has passed on an official announcement to millions of students seeking admission into universities of their choice using “Whatsapp status” as a medium.

Jamb on Thursday took to Twitter to announce that the official portal for the Unified Tertiary Matriculation Examination (UTME) and Direct Entry (DE) will be open for registration. This is, however, starting on Thursday, April 8, and ending on Saturday, May 15, 2021.


Registration will be taking place in 700 centers across the country.

In addition, Jamb has also said that all potential candidates must provide their NIN at the point of registration for the Unified Tertiary Matriculation Examination (UTME) and Direct Entry (DE) registration. 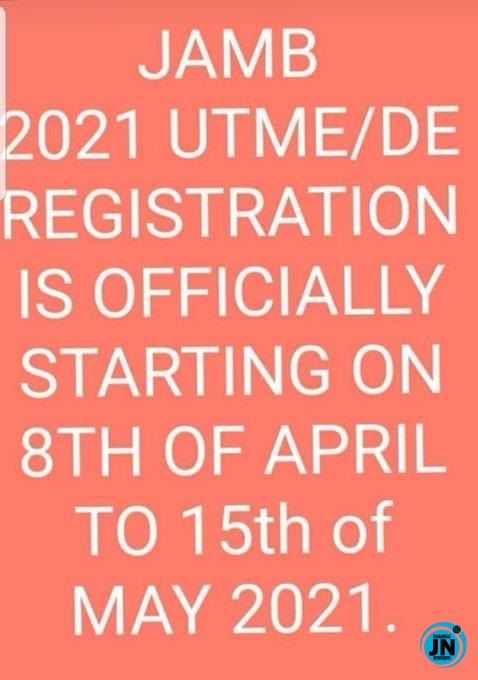 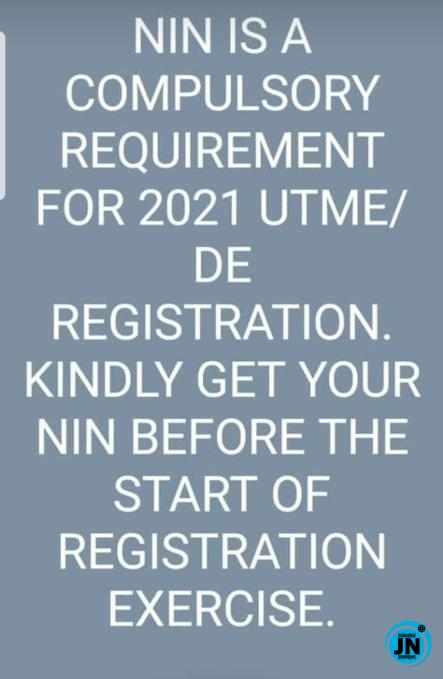 However, Nigerians on Twitter are reacting to the use of a “screenshot Whatsapp status” by JAMB to pass on an official announcement to her audience. 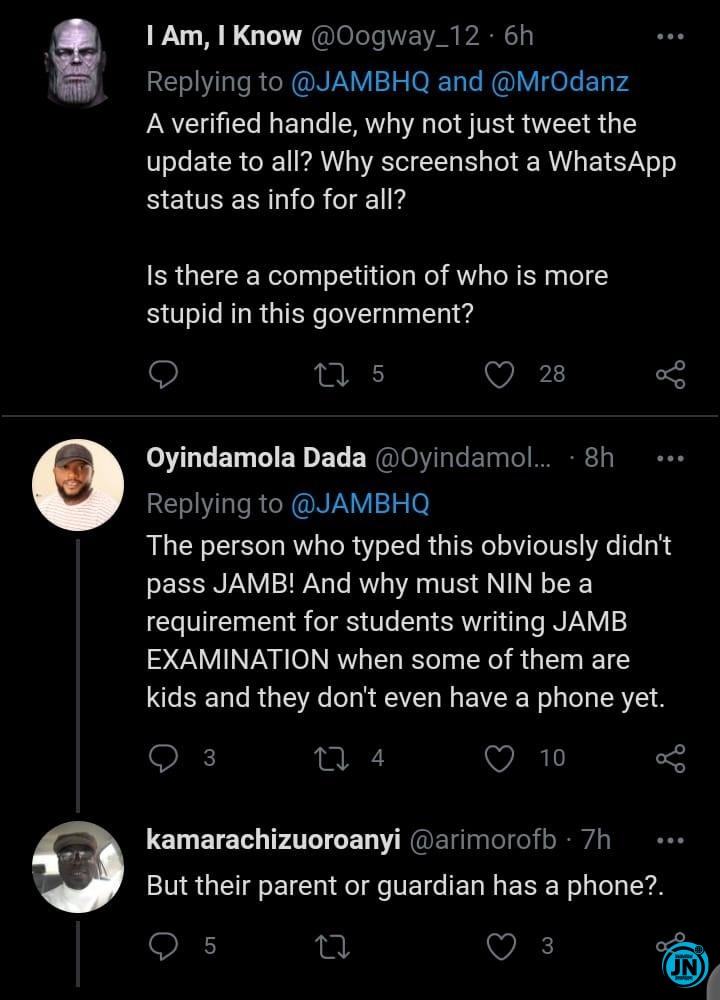 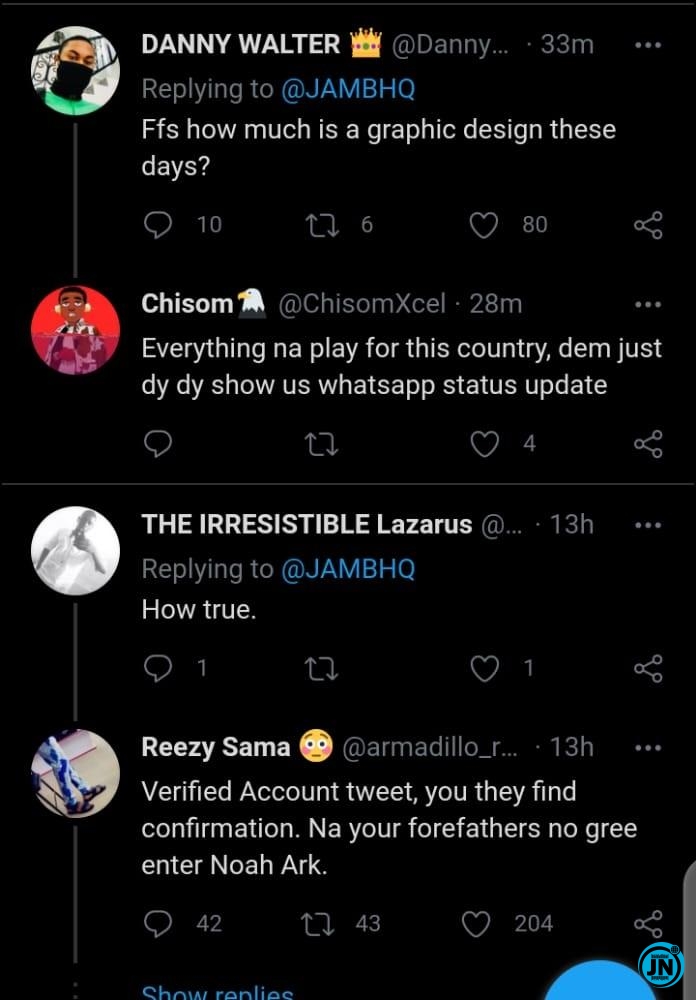 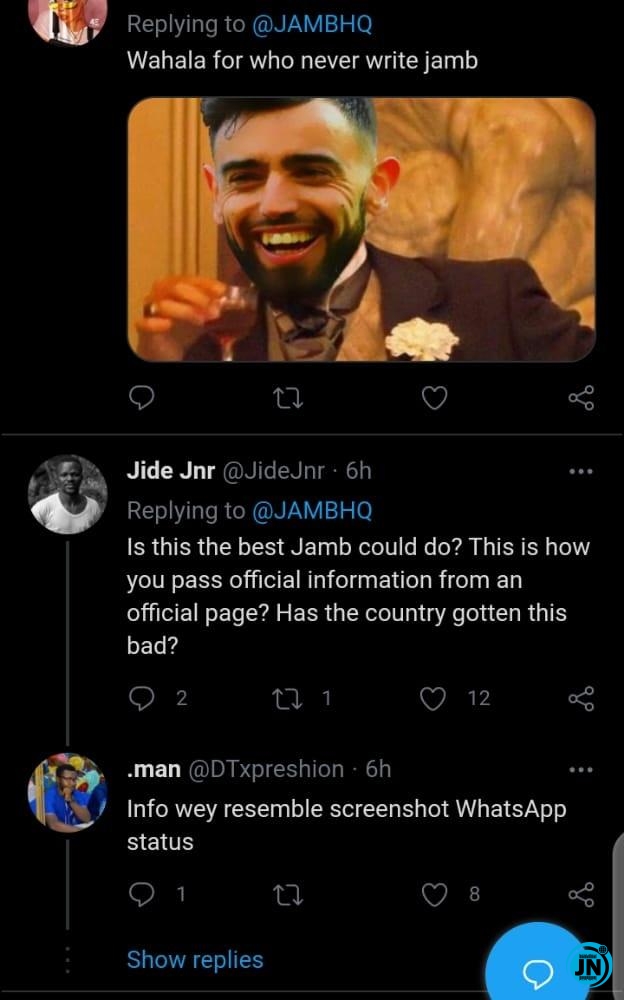