Prophet Jeremiah Omoto Fufeyin gifts his longtime pastor friend who dreamt of how his ministry will grow massively, a car, one million naira plus monthly stipends
Posted by

After a powerful prayer declaration on Sunday, the 27th of Dec 2020, God's servant – Snr. Prophet Jeremiah Omoto Fufeyin – discovered the presence of his longtime pastor friend, known as Pst Dominic who joined him after leaving Mountain of Fire Ministry, (MFM) in 2011 when the ministry usually had a rainfall disaster that destroyed the church properties on several occasions. 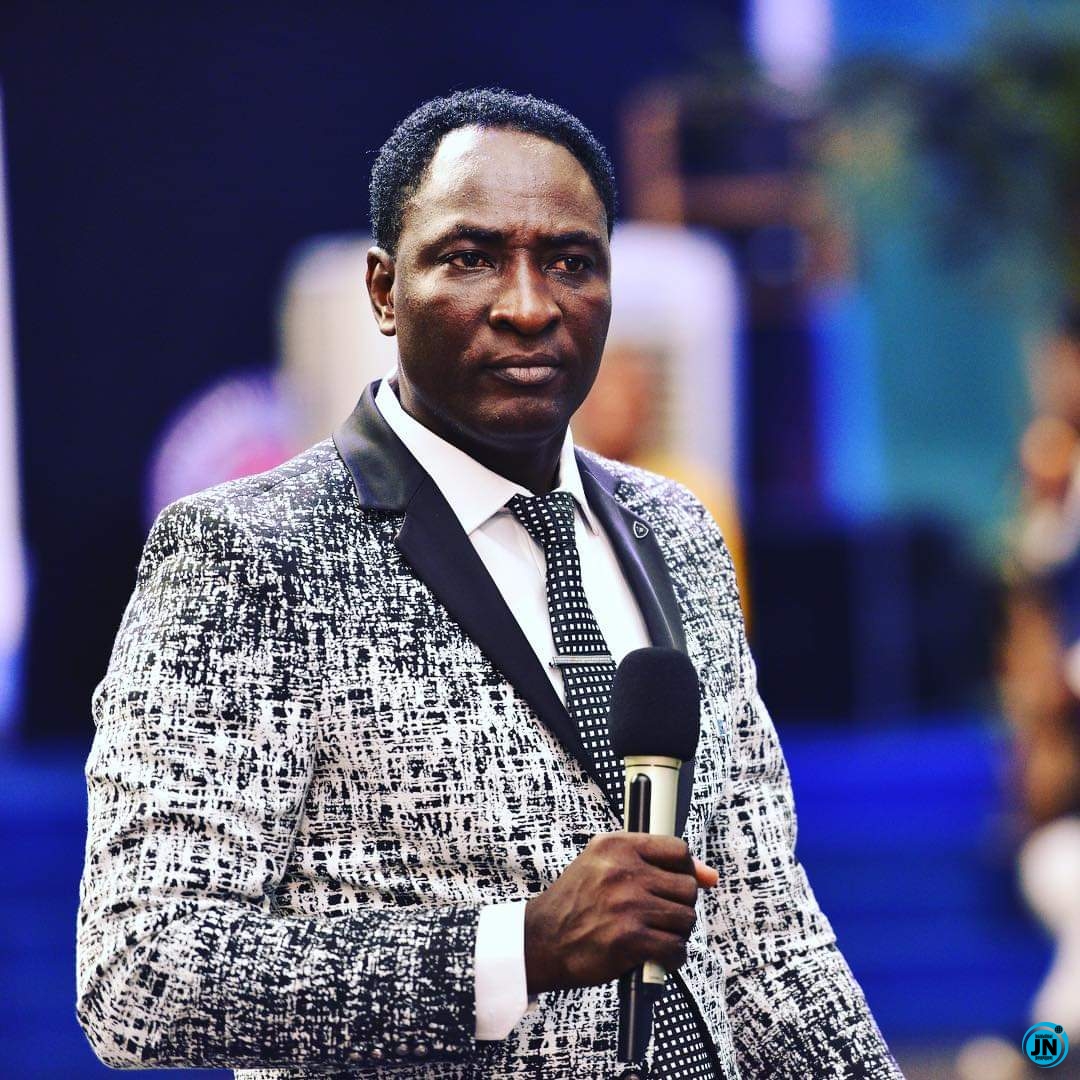 At that time, Pst Dominic had a dream and told Prophet Fufeyin how his ministry will be in 3yrs to come. These were the dream of Pst. Dominic;

Pst Dominic stated that he is seeing mansions, a big city inside the new church premises, He is seeing foreigners trooping in, he saw white foreigners looking for means to meet with Prophet Fufeyin.

He saw President seeking his consent to come to different countries. He saw the money flowing from different angles. Prophet Jeremiah Omoto Fufeyin was going to be a Blessing to the world.

On discovering the presence of Pst Dominic, the Prophet called him out and they exchanged pleasantries. See what happened in the church that Day. 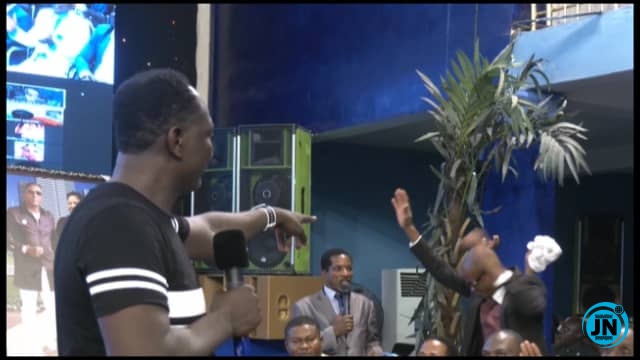 Snr Prophet Jeremiah Omoto Fufeyin being a man with a heart of compassion, saw how Pastor Dominic was being dressed and told him why are you dressed like this. Pst Dominic said things are not working well, Prophet Fufeyin recalled the Dream he had for him and told him, your Dream has finally manifested, I will give you a car. 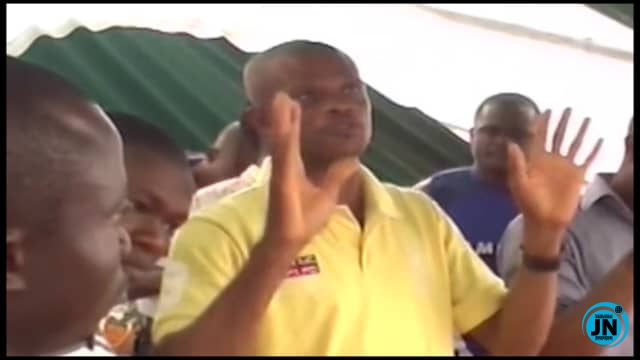 On Thursday 31st of Dec 2020, Snr. Prophet Jeremiah Omoto Fufeyin fulfilled his promise by giving his longtime pastor friend a car and a cash gift of 200k. 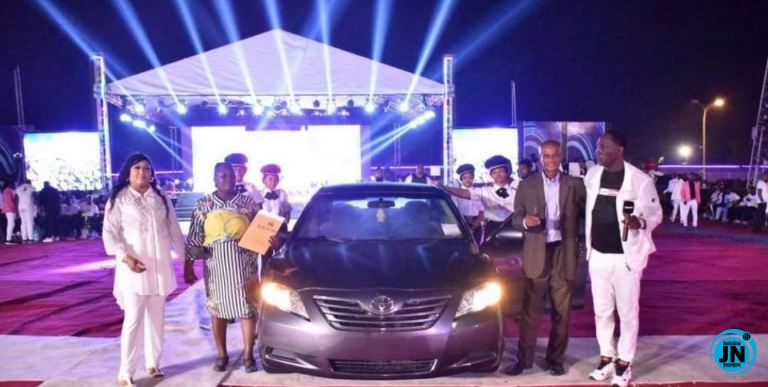 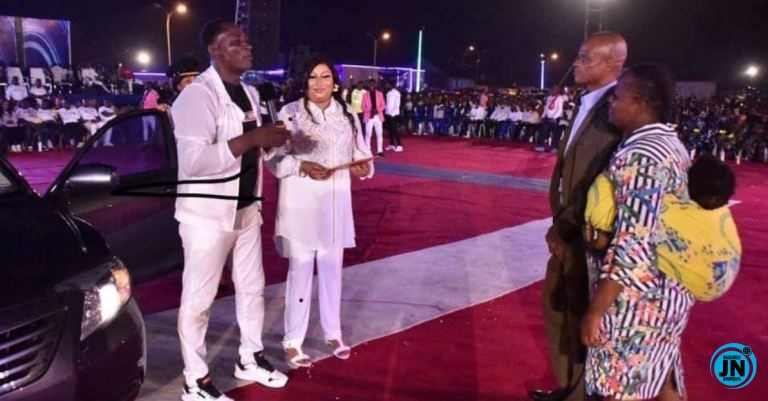 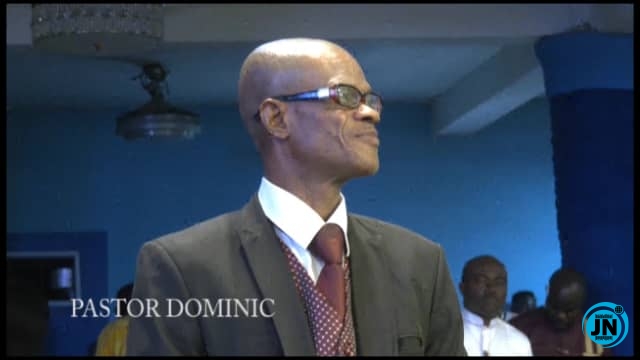 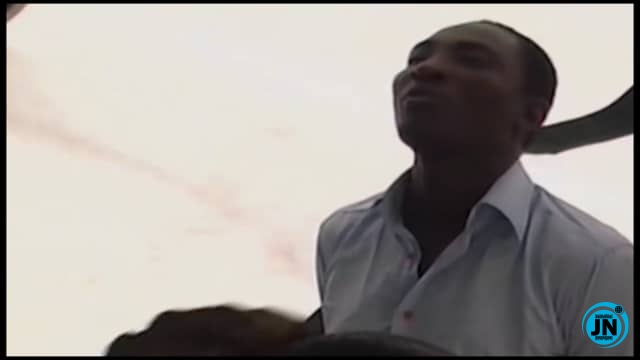 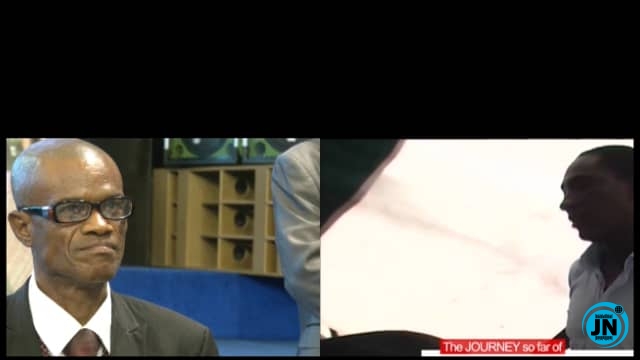 “I Will Feature Wizkid On My Debut Album” – Tems
“If you are an elite, own it with your chest, you all will regret pissing me off, I promise you” – Erica blows hot
You know nothing about respecting the will of the people – Falz tackles Buhari over his message to Joe Biden
COVID-19: Ghanaians ask President Akuffo-Addo why he will shut down Churches but permit Night Clubs to operate