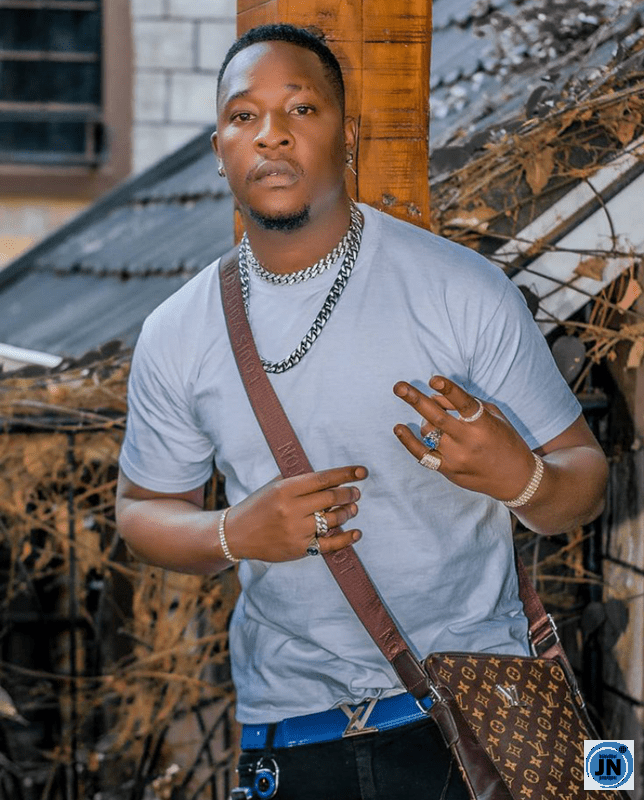 A popular Kenyan musician, Philip Ptaroba Okoyo, who is also known as Japesa has shocked his fans after he purchased a coffin in anticipation of his burial.

The young flamboyant artiste took to his Instagram page on Saturday, March 27, to make a post where he was seen striking a pose with his coffin.

According to him, he cares about his fans so much that he worries about the cost of being buried when he eventually dies.

So, to reduce the workload and struggle for his beloved fans to cover up for his funeral expenses, he had to buy his own coffin.

“Bought myself a coffin, just in case nikufe msisumbuliwe na till number,” 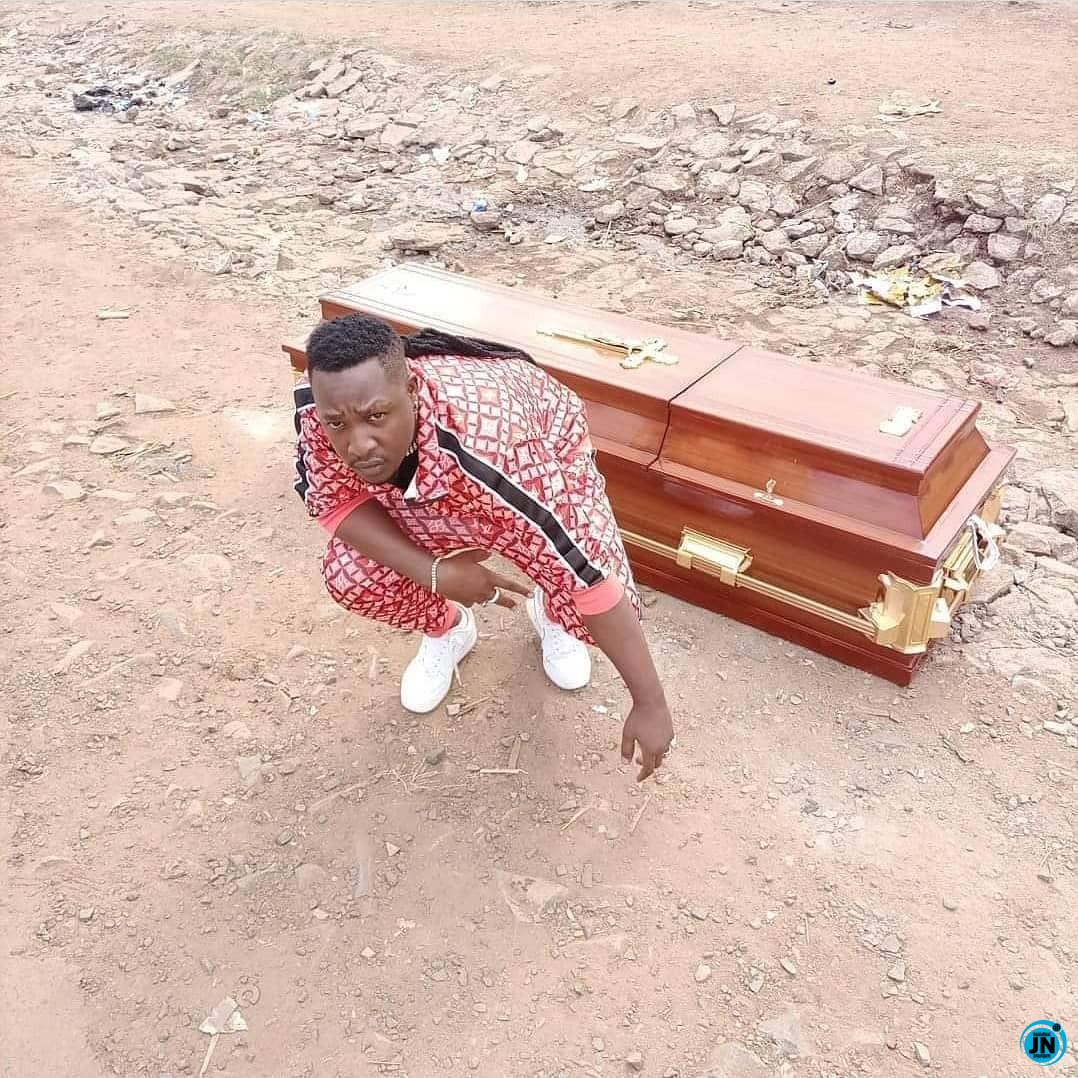 However, his fans are not taking his words likely, as they have cautioned him severally to mind his awkward utterances about death as the words of the mouth are powerful and could come true.

While others are saying that his coffin is cheap and could be afforded by his fans even if he dies.

Lady breaks up with boyfriend for proposing with N10K engagement ring
#BBNaija: Angel clears self of missing condoms, states intention of not planning to sleep with anyone
“Enough is enough” – BBNaija’s Ka3na blows hot, threatens to expose all married men in her DM
“Rihanna no know wetin she dey miss” – Nigerians react as Don Jazzy calls himself the ‘hottest bachelor’ (Photo)