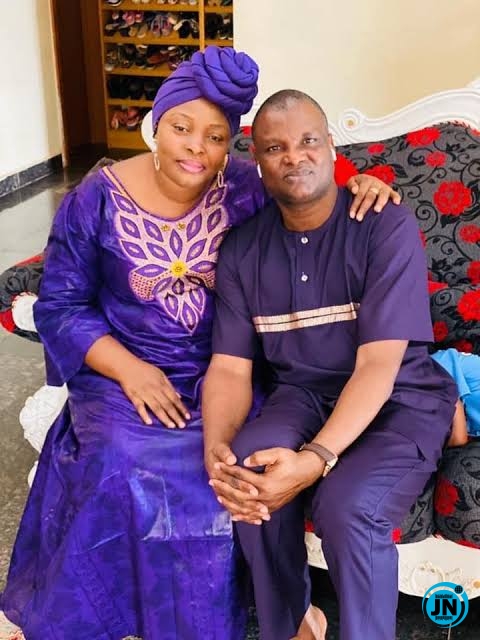 The wife of former commander of the Intelligence Response Team, Abba Kyari has slumped at the Federal High Court in Abuja.

Sources stated that she slumped on the floor as officers from the National Drug Law and Enforcement Agency took her husband and other defendants out of the courtroom.

This happened immediately after trial judge Emeka Nwite postponed decision on the accused police officer’s and other defendants’ bail applications.

Remember that Kyari was charged with eight counts of conspiracy, obstruction, cocaine peddling, and other connected offenses.

The judge postponed a decision on Kyari’s and six other people charged with drug trafficking charge to be granted bail pending the outcome of the case against them.