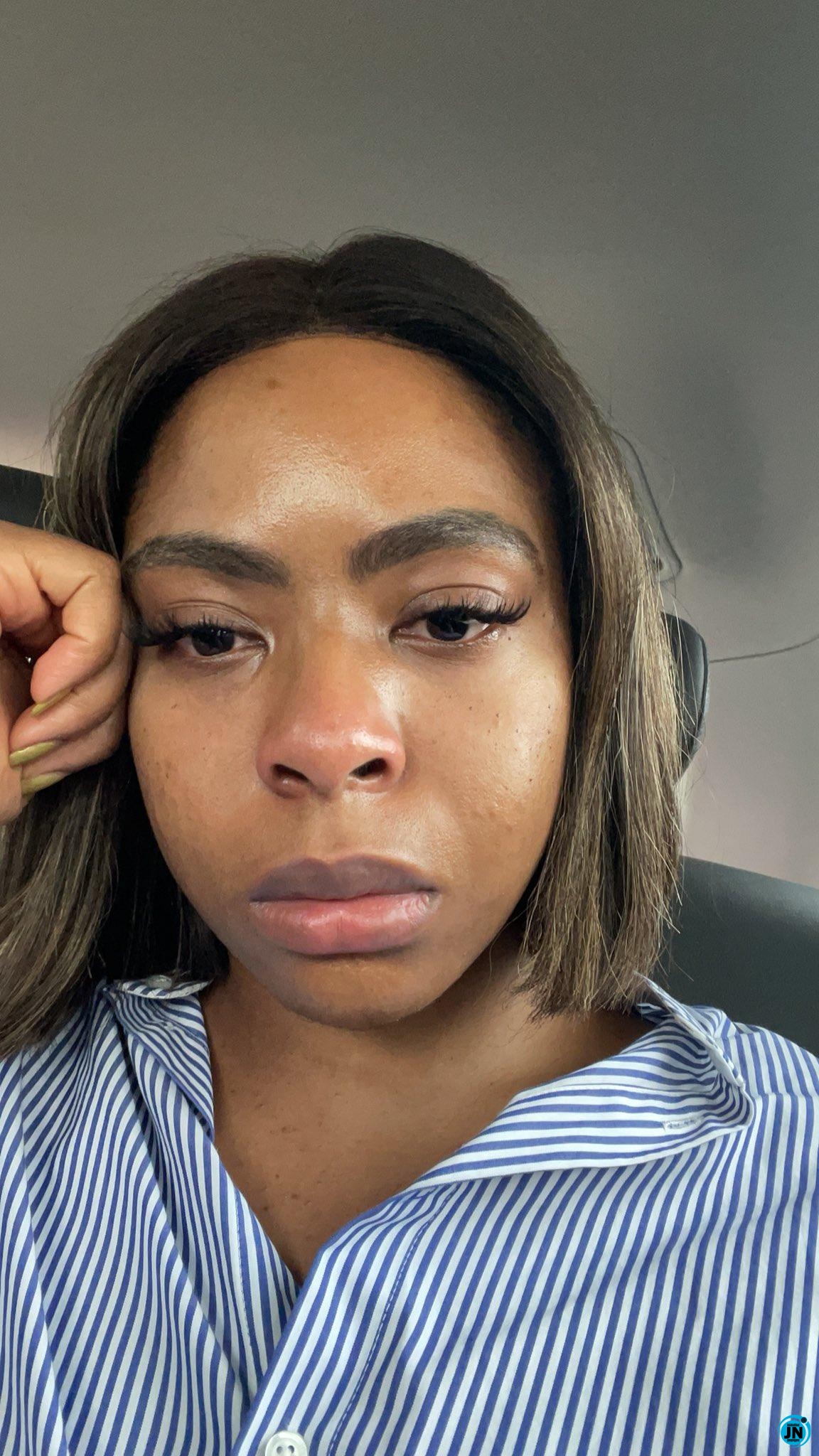 A Nigerian lady identified as Tiwalola on Twitter took to the platform to narrate how she was asked to cut her eye-lashes before her Nigerian passport can be renewed.

According to her, despite spending 5 hours of her time at the passport office, she was sent back home as the staff said they can’t capture her picture cause her lashes weren’t real.

“Waited 5 hours in the passport office to get my NIN and renew my Nigerian passport and when it was time to finally take my picture and go home they said they couldn’t take it because my lashes aren’t real.

They said I should bring scissors to cut them.”

Tiwalola also further shared a selfie of herself, to allow the public see the lashes which the staff complained about.

Sharing the picture she wrote;

“No jokes oh.. guys see the lashes and the hot tears I cried. Haven’t even eaten today”

No jokes oh 😫😫 guys see the lashes and the hot tears I cried. Haven’t even eaten today pic.twitter.com/iohtT72Gxm

“Any man that asks you for money doesn’t love you” – Lady insists
“You all will hate what you call a life if I show my lifestyle” – Boss lady Ka3na brags
Nigerian lady studying electrical electronics engineering in the UK graduates with distinction
‘Wizkid, What’s Taking U So Long To Get Me Pregnant’ - Lady Tells Wizkid, See Replies She Got