Nigerian boy who designed replica of Kano bridge gets US scholarship; family gets new house
Posted by 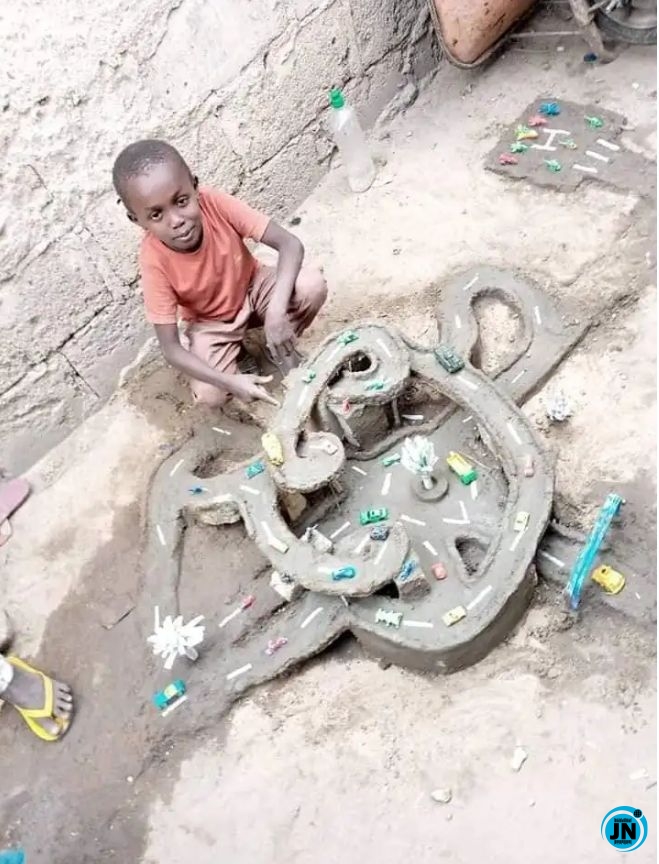 The family of the little boy from Kano State, who went viral for creating a replica of a major overhead bridge in the state has obviously been uplifted.

The good news is coming after Musa Sani made headlines and became an internet sensation following a display of his craftsmanship.

He had recreated the Kano state overhead bridge with locally-sourced materials.

As the photos made waves, it was gathered that the young boy’s work caught the attention of a construction company which offered him University scholarship to study in the United States. 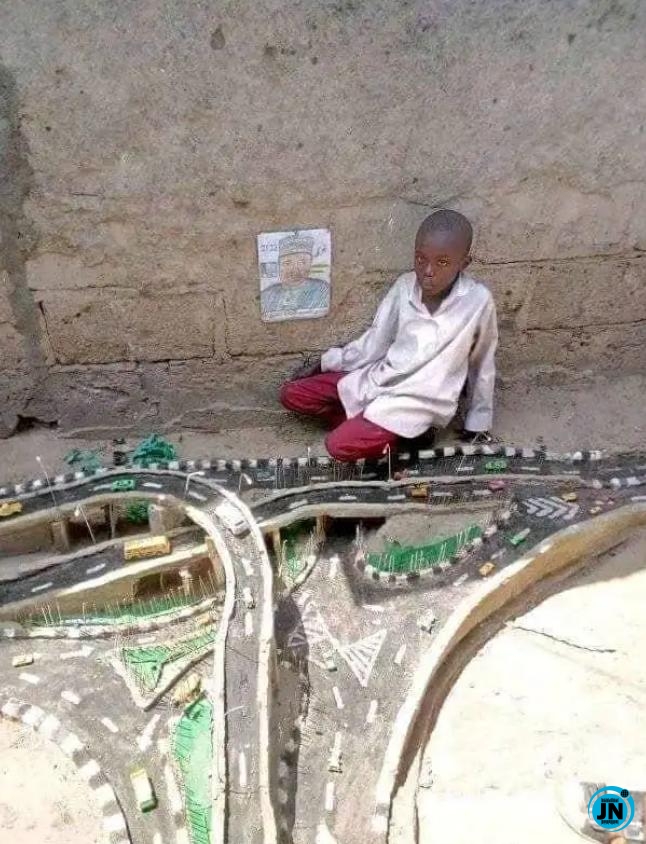 Aminu Adamu Abdullahi, a Facebook user who made this revelation added that that the company also gifted Musa’s mum N1 million to start a business, while his father was given a job.

Musa’s siblings will also be enrolled in good schools and the family will be moved to a furnished apartment in Maiduguri, reports say.

”Good News, A Construction Company Will Employ Musa Sani’s Father Also And Give His Mother 1 Million Naira To Start A Business While Getting The Family A New And Well Furnished Apartment In Maiduguri.

“His Siblings Will Be Admitted Into Good Schools While Musa Sani (The Young Constructor) Will Be Giving University Scholarship To The United States Of America.

“You even had the effrontery to share the movie link with me on WhatsApp” – Actress Dayo Musa blasts Yomi Fabiyi
BBNaija’s Gifty Powers Gushes Over Donald Trump, Pray For Him To Remain On Seat Forever
#BBNAIJA5: “I Have Never Seen A Yellow Boy This Cute” – Actress Nkechi Blessing, Gushes Over Ozo
2baba’s Wife, Annie Idibia Reveals How She Acts Like A Mad Person Around The House