“Na you kill am?” – Reactions as tenant reveals list of items he’s given to contribute for burial of Landlord
Posted by 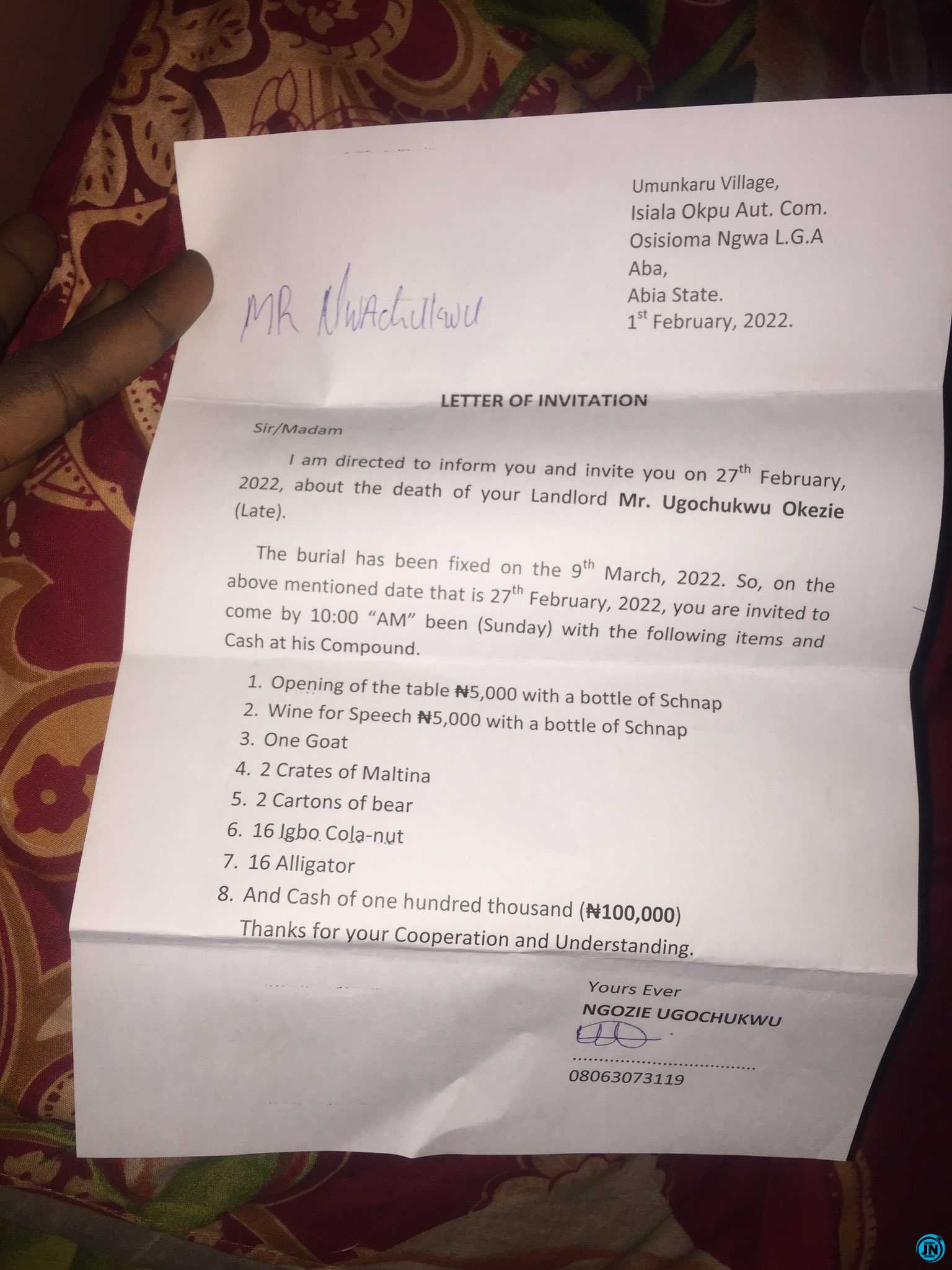 A horrified tenant has revealed a list of items his homeowner’s son expects him to provide at the deceased landlord’s funeral.

The landlord’s son had asked the renter to a meeting before of the funeral in a letter which was delivered to the tenant in Aba.

In the letter, the tenant was demanded to provide certain items such as such as a goat, cartons of beer as well as monetary donation of N100,000.

Sharing the image of the list online, he wrote:

“You never see anything sef . My landlord just died and his son wrote a list of items that I will give to him as his tenant for his burial rites.” 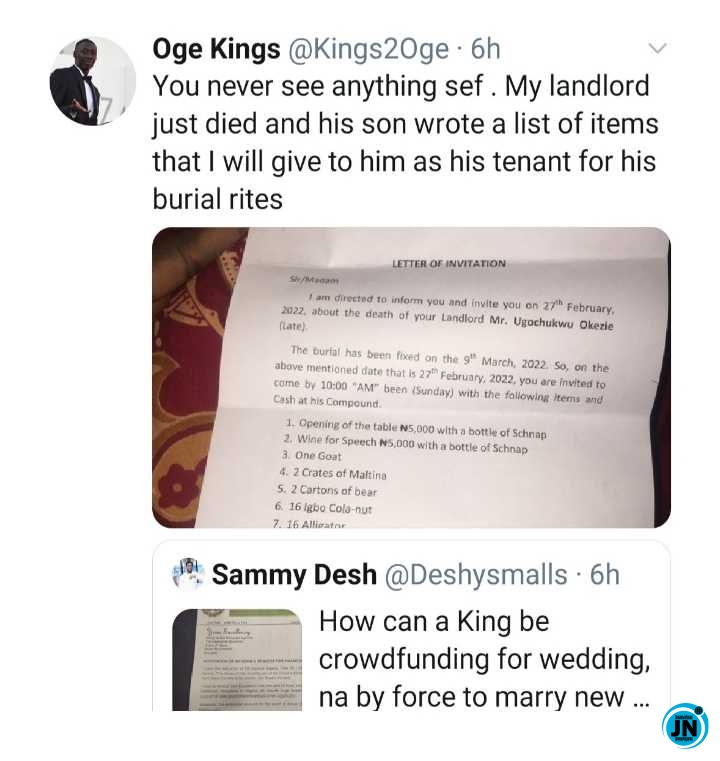 The post has sparked a lot of reactions from netizens: 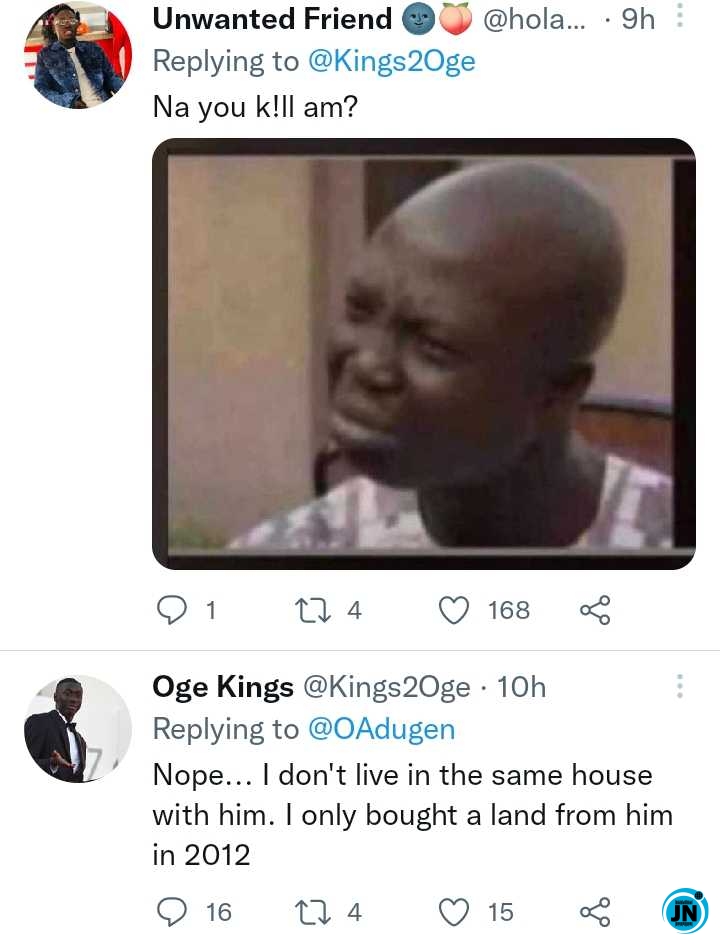 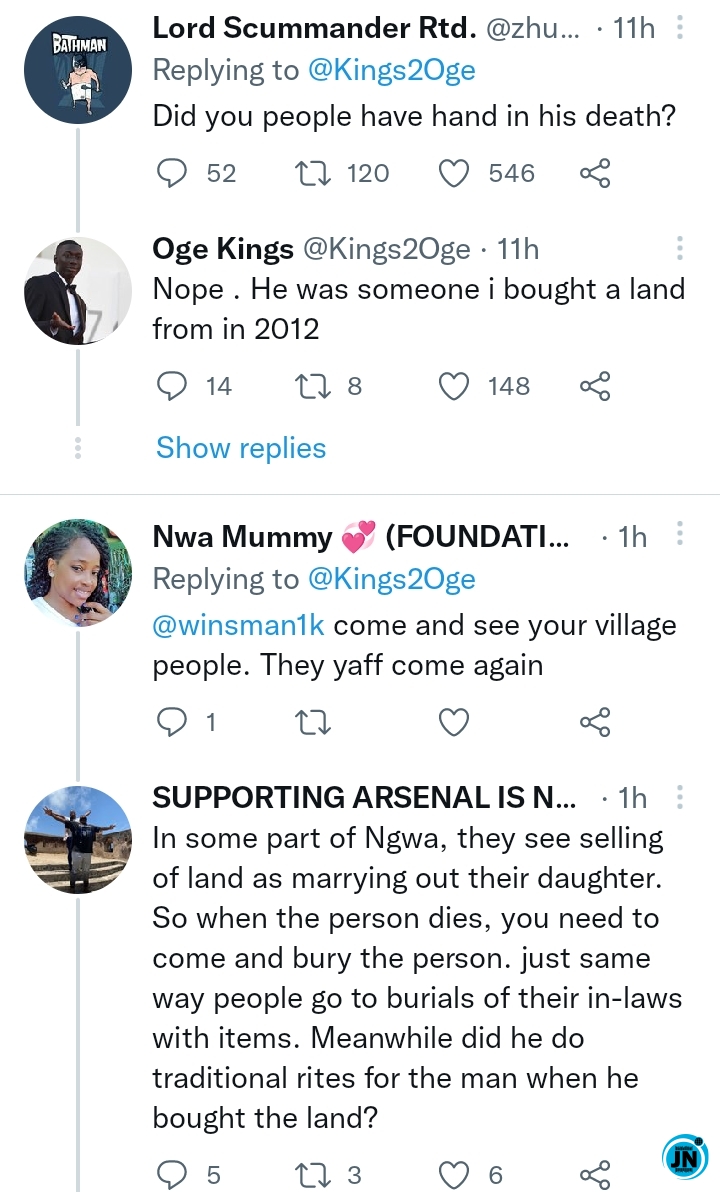 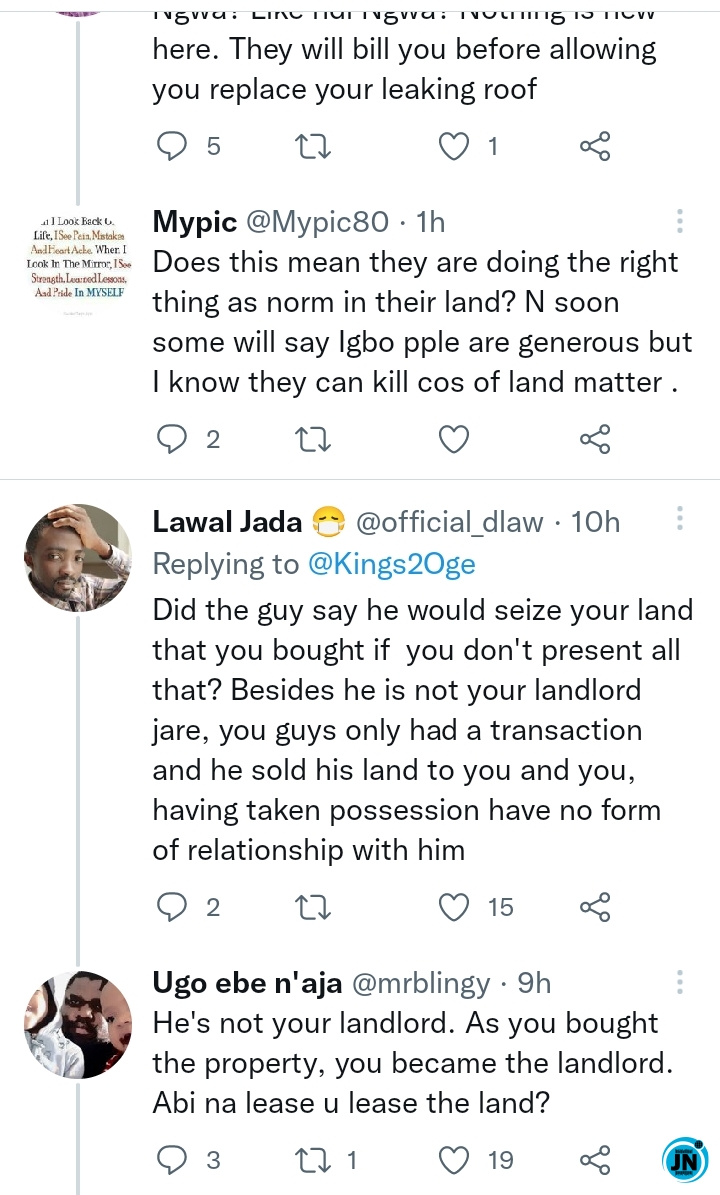