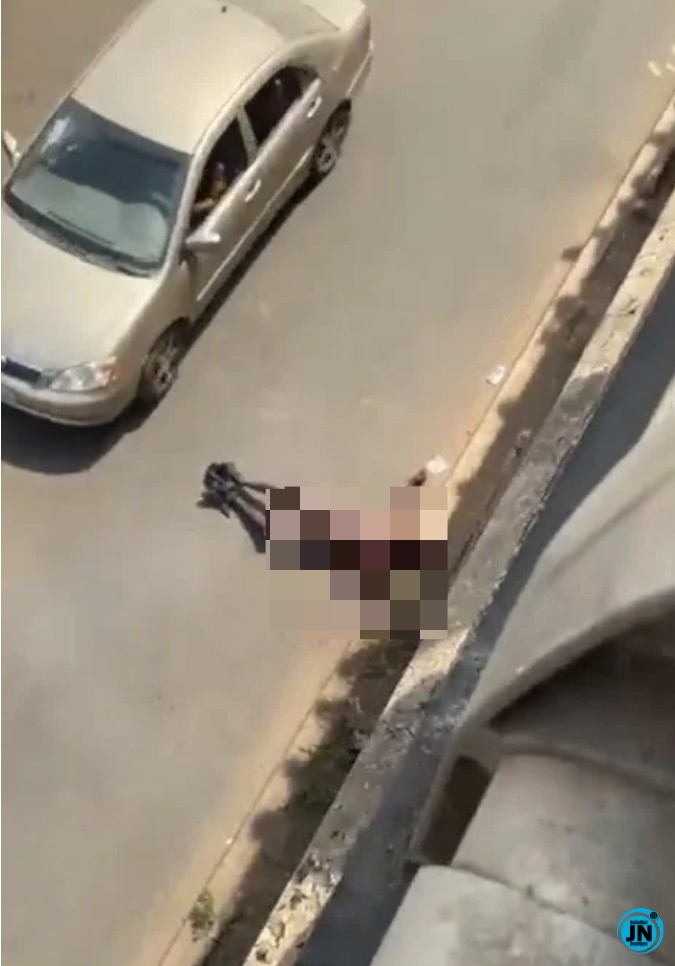 A man reportedly disguising as a mentally deranged person, and also suspected to be a kidnapper has been set ablaze by an angry mob in Ibadan, Oyo State capital.

Interestingly, eyewitnesses say he was sighted receiving a package from unidentified persons in a private vehicle on the Molete overhead bridge on Tuesday, February 15.

According to Nigerian Tribune, the suspect was subsequently accosted by a mob after the vehicle zoomed off, beaten and set ablaze.

It was gathered that a N7 million cheque, iPhone and cutlass were recovered from him before the mob set him ablaze. 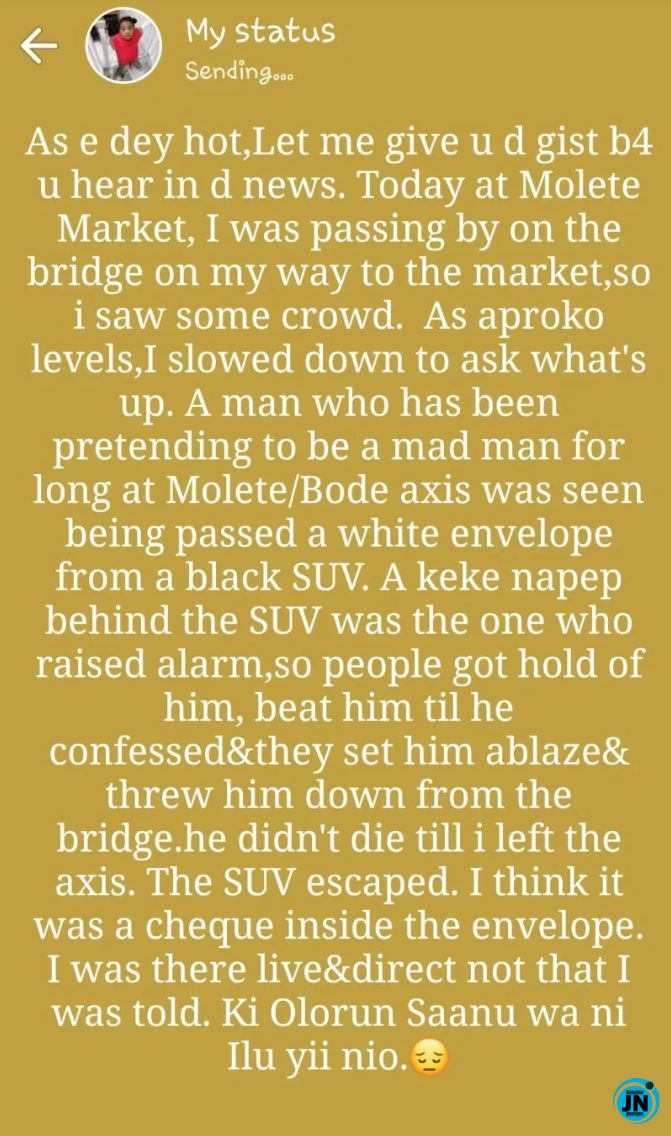 “I was in my shop under the bridge this afternoon when we suddenly saw the mentally-deranged man jump down from the bridge after he had been set ablaze by the mob.

I didn’t know what transpired between them on the bridge but I saw him when he jumped down with fire burning on his body.

“The mob was seen pouring petrol on the victim while he was seen rolling in pain on the ground.

“I am not in support of jungle justice because we are not sure if anything suspicious was truly seen on him but the mob claimed a cheque of N7 million and iPhone was seen after searching his body.”

A man that disguise as mad man was caught around molete area in Ibadan was set ablaze.Why jungle justice now😪 pic.twitter.com/POXvv5q3x0