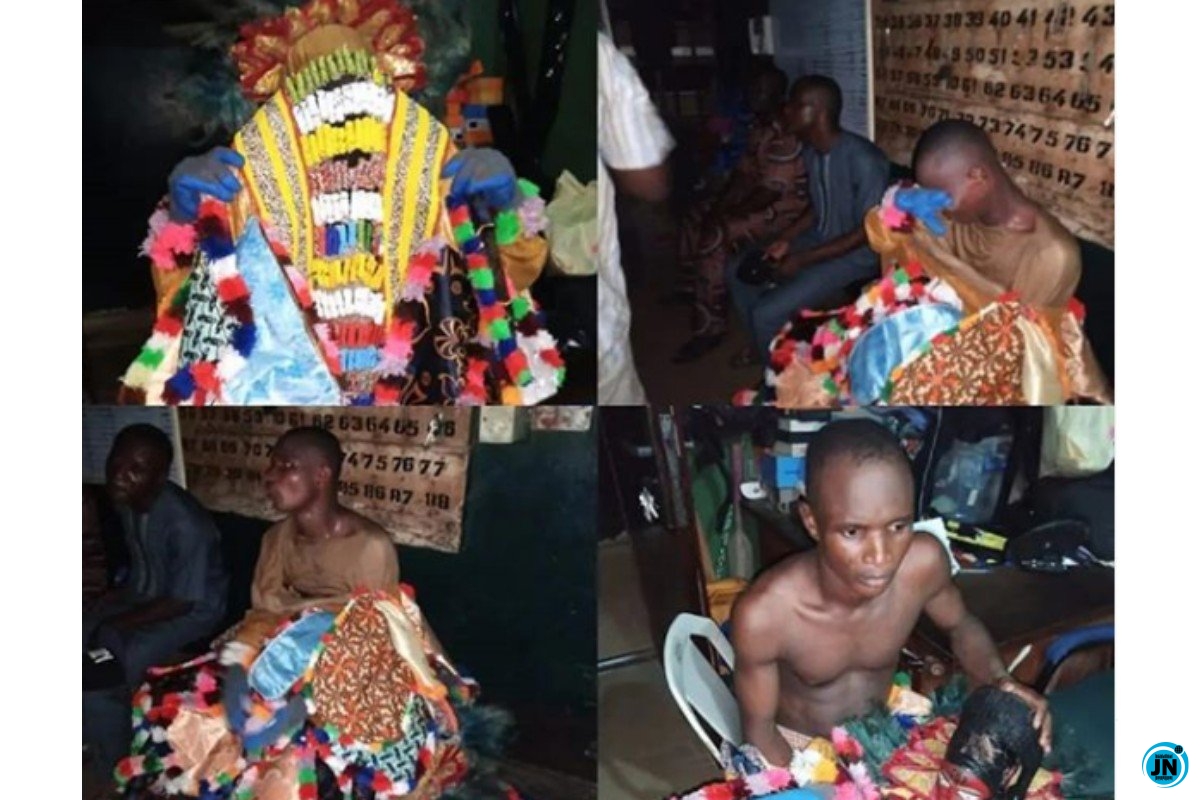 For breaking Federal government’s order to stay at home and avoid social gathering in a bid to curb the spread of coronavirus disease, a masquerade has been arrested by men of the Police force in Ogun state.

The masquerade was arrested after he confronted the policemen and threatened to deal with them if they dispersed his followers .

In a statement by Policeman spokesman, Abimbola Oyeyemi, the said masquerade was nabbed at Ijeja area of Abeokuta following a complaint from residents. Oyeyemi noted that the gathering, which attracted many people, was held to celebrate masquerade festival.

“Upon the report, policemen from Ibara Division moved to the area and warned the people to disperse but the masquerade confronted the policemen and threatened to deal with them if they insist on dispersing his followers”.

“The masquerade was subsequently arrested and taken to the station where he was warned to be law-abiding before he was released to a reliable surety”.

“You Don Marry, Dress Well” – Fans React To Regina Daniels 'Thigh-Revealing' Photos
‘He made it happen’ -BBNaija star, Khafi reveals what her spouse, Gedoni did for her birthday
”I have a girlfriend o” – Don Jazzy issues warning to ladies sending private #SilhoutteChallenge videos to his DM.
“If You Don’t Like David, Just Go And Visit Goliath” – Peruzzi Hypes Davido, Fans React