A conversation between a married woman and her husband’s gay lover has been trending on social media since it surfaced.

From the conversation which was reportedly leaked by an angry gay man, he threatened to send a lover’s wife packing for interfering too much in their relationship.

According to him, he made the union between his lover and wife possible, because he thought she wouldn’t be a hindrance to their relationship.

“Let me inform you. I met Promise 2 years before he met you in the village. He has brought plenty of girls for me to choose for him and I choose you. Thinking you will not be a problem to our relationship. If you try rubbish I will be the one to send you packing”, the gay man threatened. 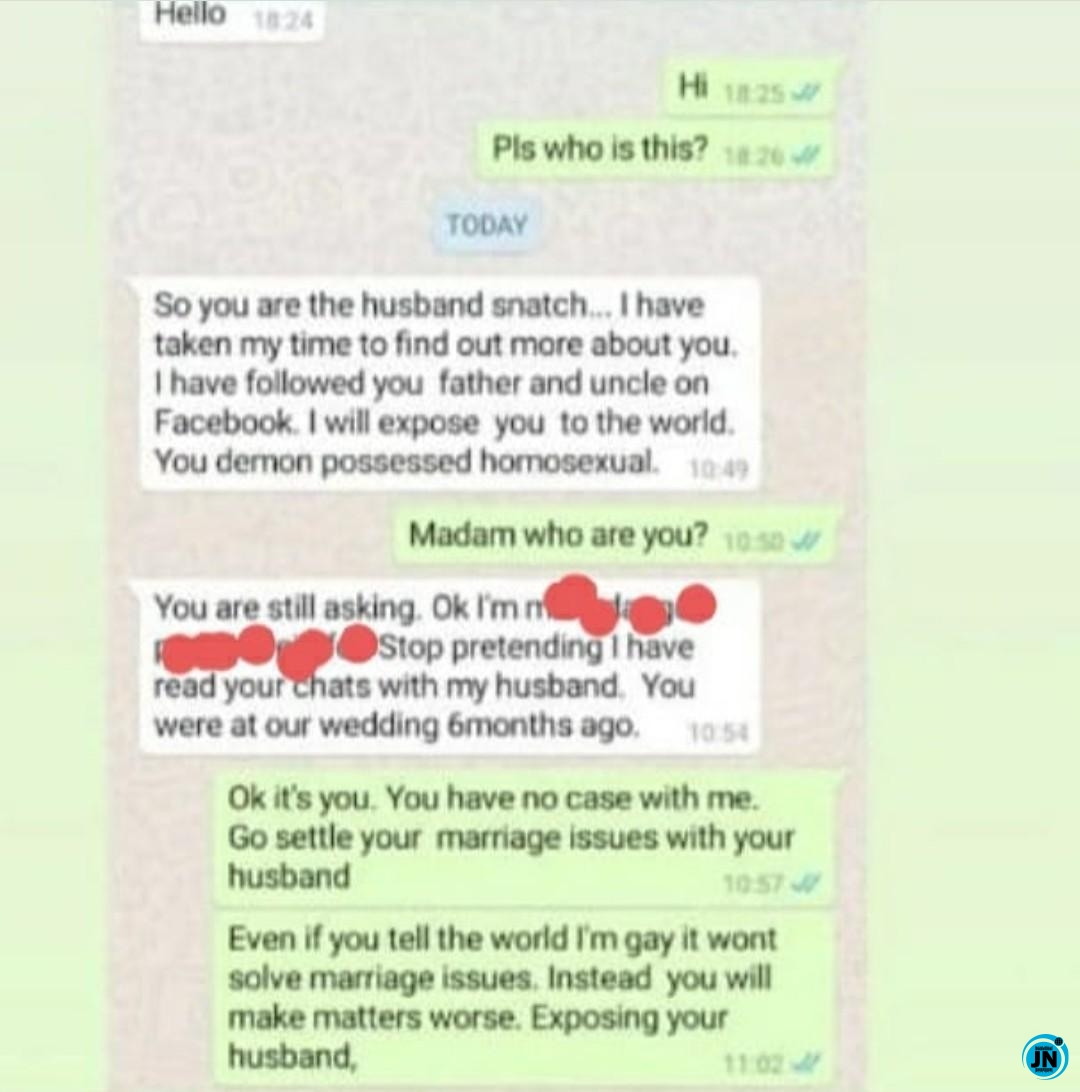 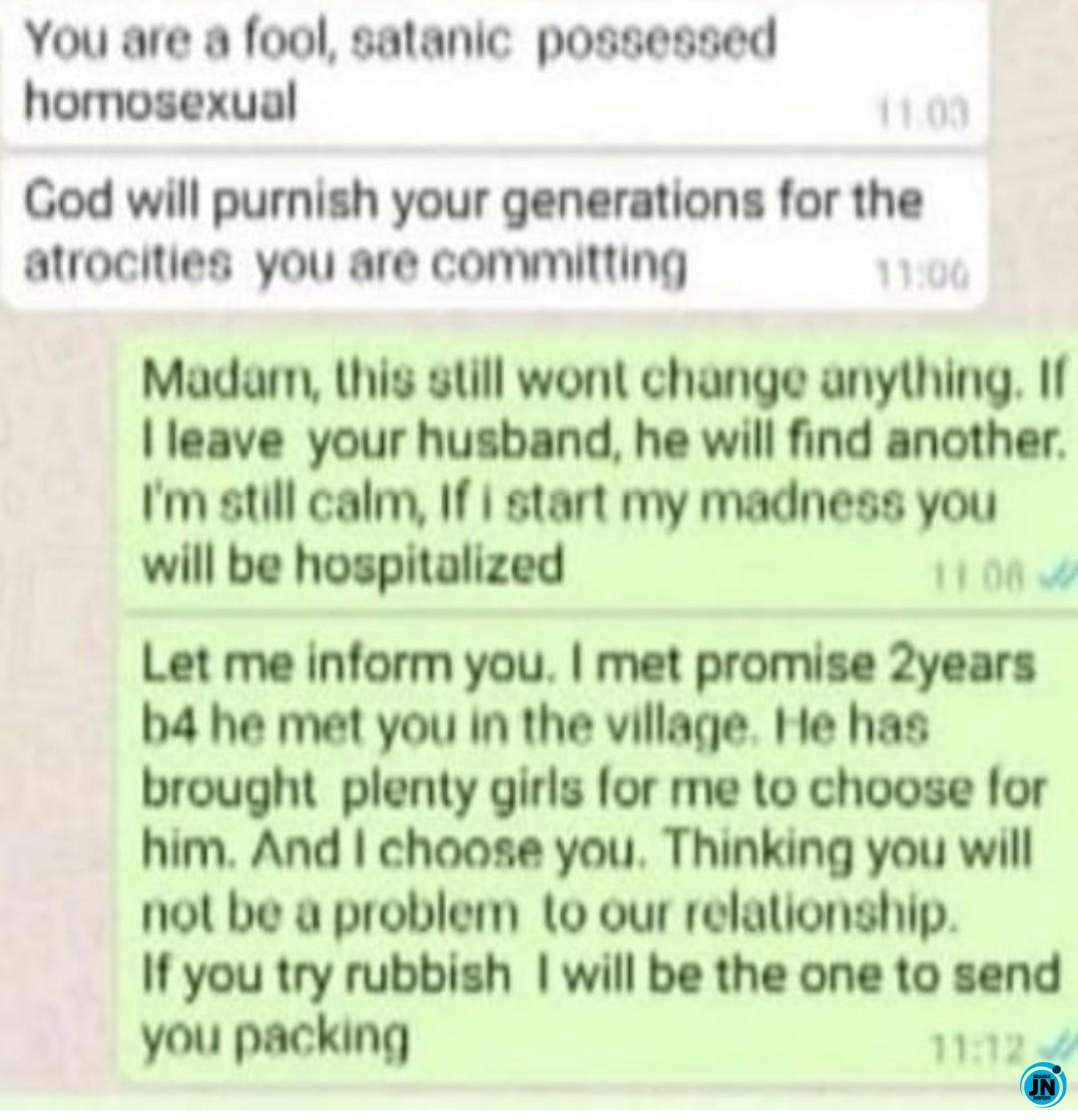 ”Naira Marley is not wrong with his fantasy” – Relationship Expert, Blessing Okoro
See Photos Of The ₦743k Worth Christian Dior Backpack Tiwa Savage Got For Her Son, Jamil
Why Everyone Thinks Tonto Dikeh Is Pregnant (Photos)
You slept with men to buy a bag of 10 million naira, Fan drags Lilian Afegbai