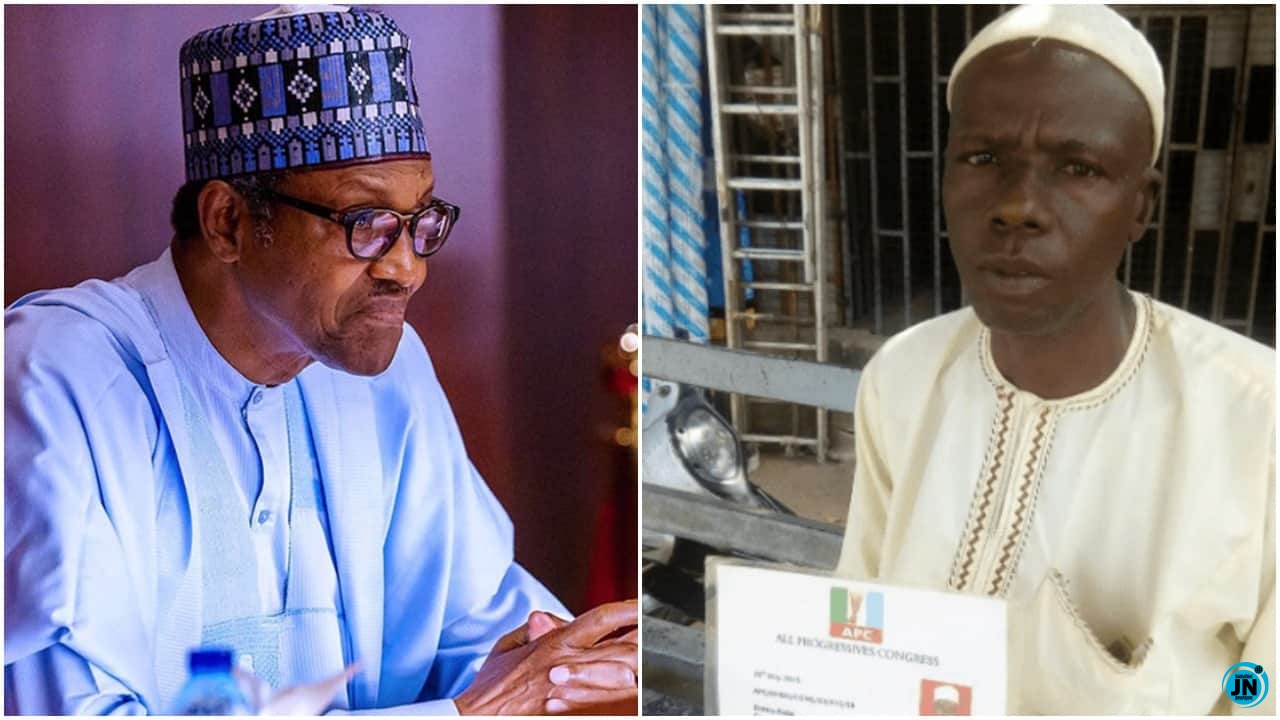 Dahiru Buba the man who trekked from Gombe to Abuja in celebration of President Muhammadu Buhari’s victory in 2015 has now been rewarded!

Mr. Buba, 50, was reported to have developed limb complications from the solidarity walk he undertook to celebrate the first term victory of the president and called on the government and others to come to his aid.

The governor’s media aide Ismaila Misilli noted in a statement that Buba was taken to the Government House clinic for diagnosis from where he was referred to a private orthopedic hospital where he was examined and placed on medication.

He later met with the governor at the Gombe governor’s lodge in Abuja.

“For taking the pains and risks to show solidarity with Mr. President and our great party, people like Buba should not be neglected,” the governor said.

“By embarking on that solidarity trek, Dahiru Buba had shown patriotism and support, he should therefore be appreciated and encouraged.”

He added that the cash gift was also to enable the driver to purchase a house within his locality since he has yet to own one.

In his response, an emotional Buba thanked the president and the governor for recognizing him and coming to his aid.