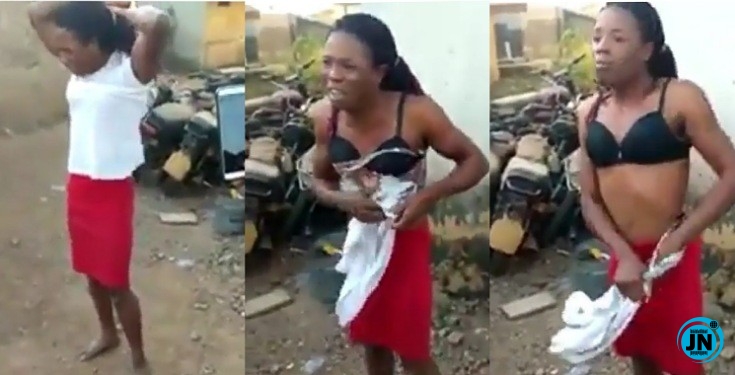 An unfortunate man has been caught after he posed as a female and accepted to work as a female househelp. This is how unfortunate the weeks of working undercover came to a disgraceful end.

In a video shared on Instagram, the man who had successfully dressed in a female-like way to deceive his unsuspecting employers was seen wailing and begging to be forgiven.

The sad man, whose identity was unknown was forced to undress. Upon undressing, it was revealed how he has meticulously stuffed up his breast and buttocks to appear exactly as a woman.

Residents who were at the scene requested that he be handed over to the police or lynched.

However, it is understandable that he was trying his possible best to secure a job that he does not qualify for only because of his gender.