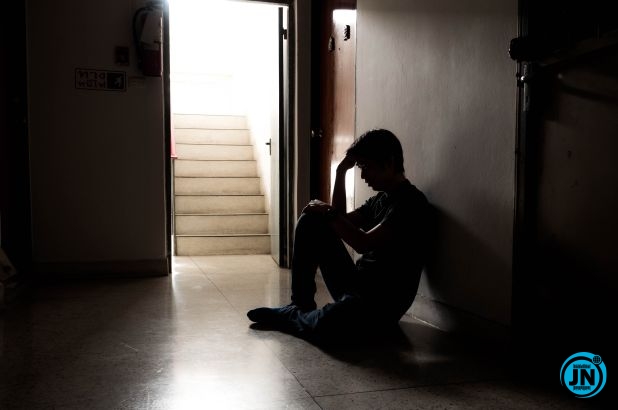 Twitter user identified by his handle as @michael_mickyt has narrated how a man who recently lost his child got arrested by a lady who refused to move her car in order for him to rush his sick child to the hospital.

Narrating what transpired, he disclosed that the man’s child had breathing issues during the night. Owing to the nature of the compound, his car was stuck and could only be moved if his neighbour(the lady) shifts her car.

Efforts were made in a subtle manner to pull the lady outside but she blatantly refused, which resulted in the death of the man’s child.

What surprised everyone the most was when she arrested everyone who knocked on her door the following day for disturbing her peace.

Narrating the saga, he wrote:

“Renting house with no parking space whereby one person will have to drive out before you can leave the compound is not it anymore. A man lost his child in my area today and it was really painful.

The man’s child had breathing issues and it occurred late last night, he wanted to drive out urgently and decided to knock at his neighbours door to sharply drive out, the neighbor said she can’t come out, other neighbours came appealing to hear around 1am to beg her even if she is to drop the key so the man can go through the gate cos his child need urgent Attention (to be rushed to the hospital).

This woman said No!! The boy died in his arm before the man could get vehicle. This morning the woman contacted police to arrest all of them for disturbing her peace at odd hour.” 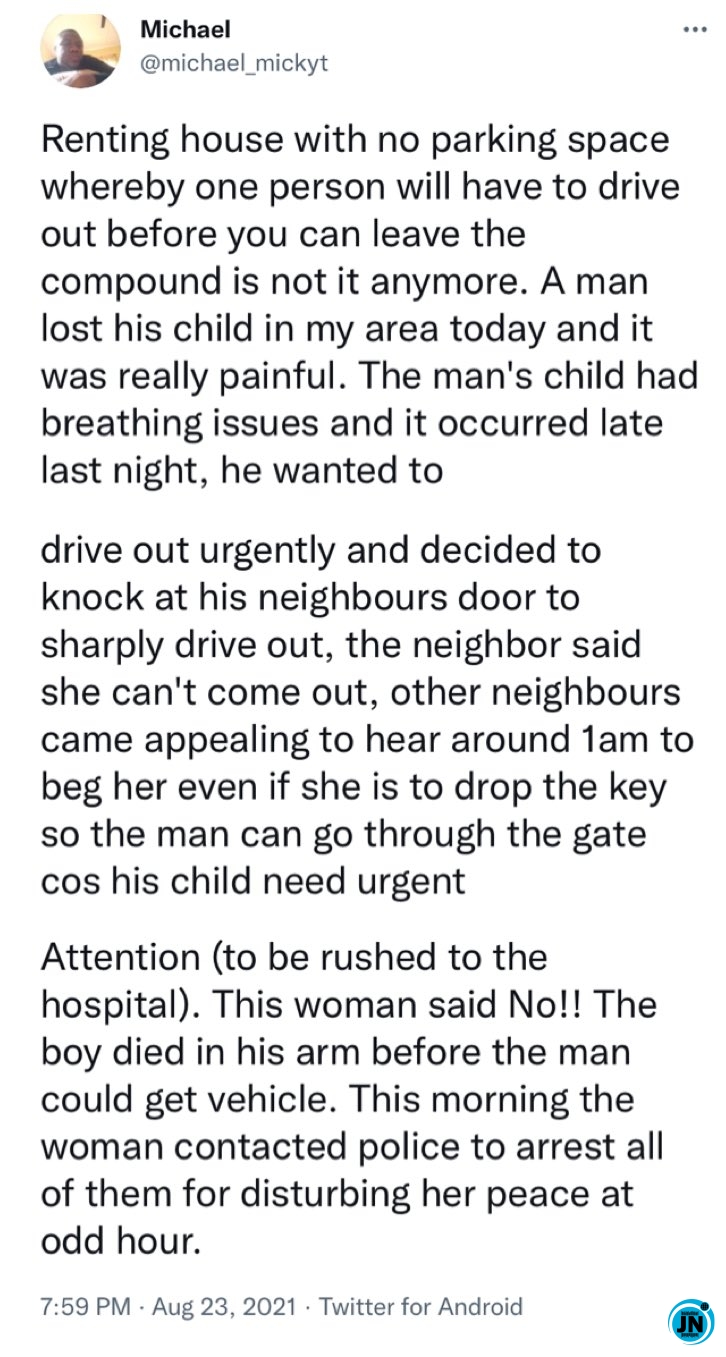 #EndSARS: “We saved your life when you were sick, now save us” – Timaya tells President Buhari
“A lot of this yeye celebrities dragging Tope Alabi are thrash” – Bobrisky rants from his sickbed
“I’m sick of your criticisms” – DJ Cuppy laments after a fan told her she added weight
How Actress Iyabo Oko Lost All She Had To Sickness 3 Years Ago