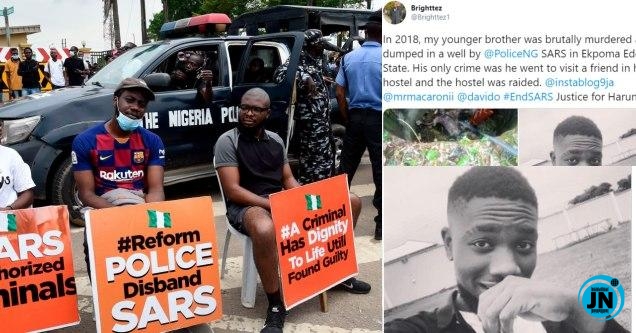 Nigerian man shared his sad experience with SARS officials as more reasons for the disbandment of the Special Anti-Robbery Squad.

According to @Brightezz1, his younger brother who was 21, was allegedly killed by SARS officers in 2018.

”In 2018, my younger brother was brutally murdered and dumped in a well by SARS in Ekpoma Edo State. His only crime was he went to visit a friend in his hostel and the hostel was raided.

If SARS don’t end, they will end us all. #EndSarsNow @mrmacaronii @davido@DONJAZZY”. 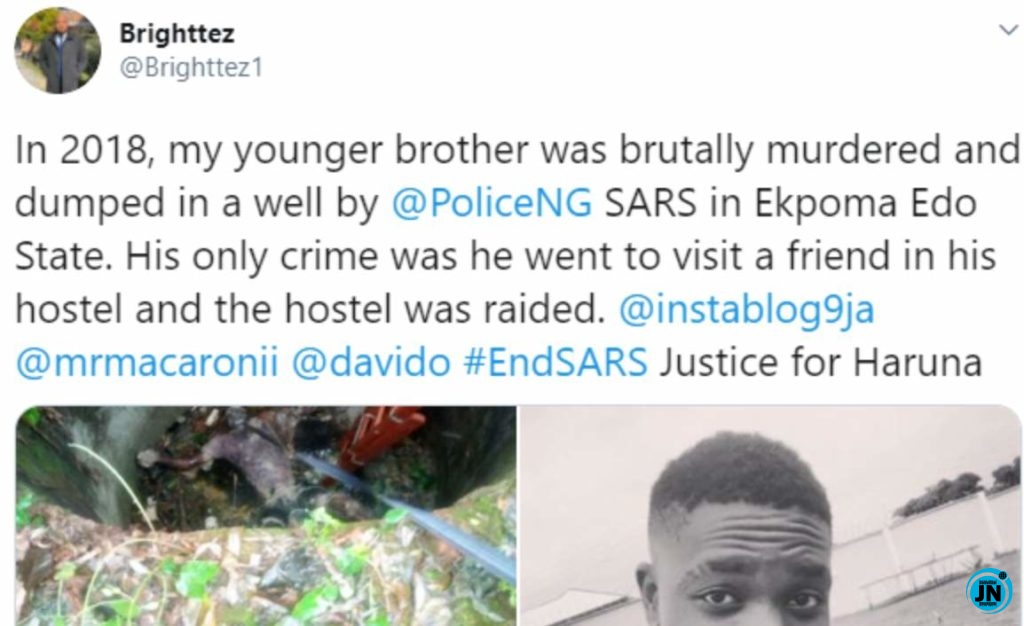 ‘Two Werey’ - Nigerians React As Man Shares His Girlfriend Response To A Twitter Prank
Bobrisky Brags As He Shares New Photo
OAP, Toolz Shares Photos Of Son As He Turns 1
Reactions As Wizkid’s First Babymama, Shola Shares Photos Of Her Wrecked After An Accident