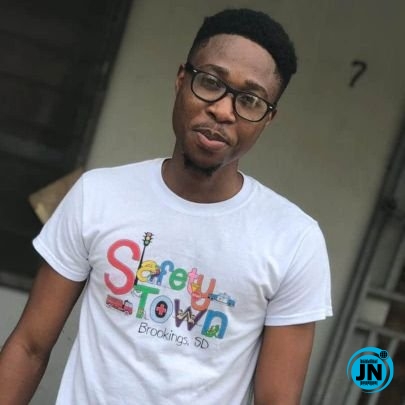 A Nigerian man has bitterly lamented over his predicament as his girlfriend is finally getting married but he’s not the groom of the day.

In a Twitter post, the man who goes by the username @VictorIsrael took to the social micro-blogging platform to pour out his frustrations and pain.

According to him, while he was busy tying durag for his girlfriend on her TikTok videos, another man was secretly at his babe’s parents house tying the knots to get married to her.

In a post which has now got many people talking on social media, the Nigerian man wrote;

“While I was busy tying Durag in her TikTok videos, another man was busy tying the knot in her parents house.
My Babe is getting married on Saturday and I’m not the groom.
Port Harcourt is wild 😩” 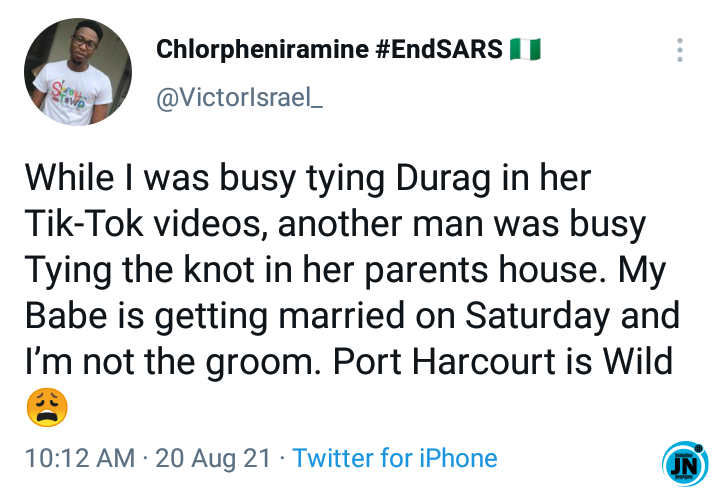 Man Returns N98 Million Mistakenly Transferred Into His Account (Photo)
“If Shiloh doesn’t work out, try BBNAIJA?” – Man reacts after Gedoni and Khafi tied the knot
“Yeye man, Tonto is living rent free in this family’s head” – Churchill dragged for shading Tonto Dikeh in son’s birthday post
“I was prepared to take it with my full chest!!” – Nancy Isime vents as she issues final statement on romantic relationship with married man