The LAUTECH student who was filmed acting strange in Ado-Ekiti, Ekiti state, after she jumped down from a motorcycle, has spoken out after the video went viral. 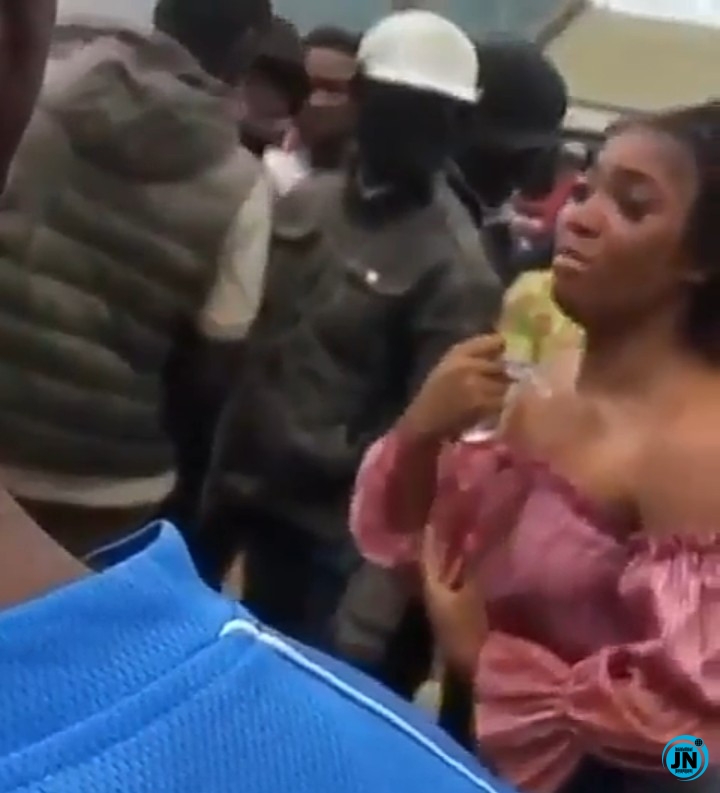 In the video that’s since gone viral on social media, a crowd is gathered around the lady and she is seen giving unintelligible responses to the questions from people gathered around her.

She mentioned in a dramatic way that she is from Ogbomoso and currently a student of LAUTECH.

Commenting with her Instagram account, @tgold8489, the lady stated that she didn’t run mad and told everyone that she’s “perfectly fine and sound in health“.

She however failed to explain what had happened on Saturday, August 22, even though people were curious to know and kept asking her.

Her friends also attested to the fact that she’s fine now. Those who commented, advised her to stay away from “drugs” though she didn’t state if drugs are to blame for her action. 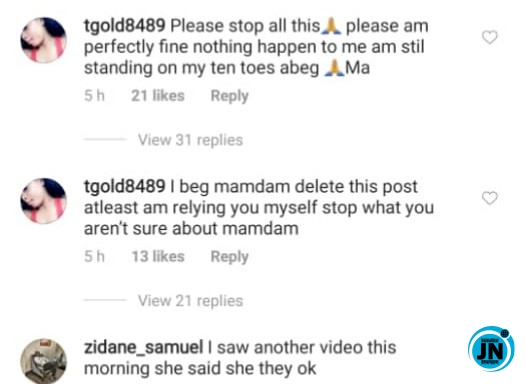 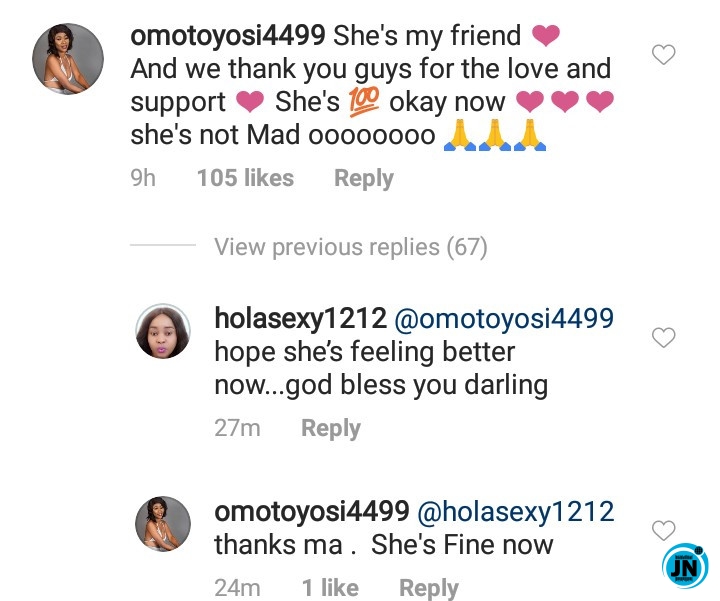 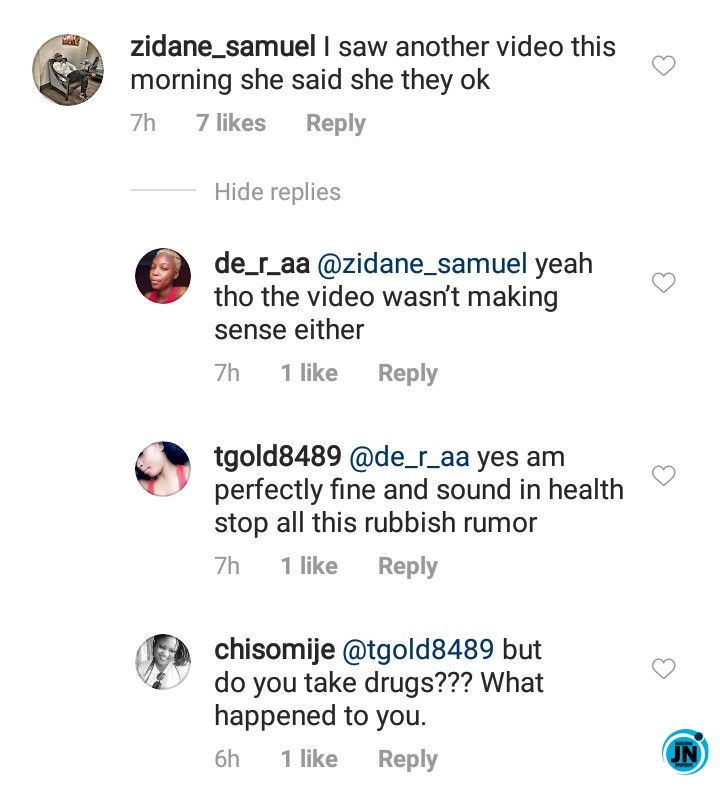 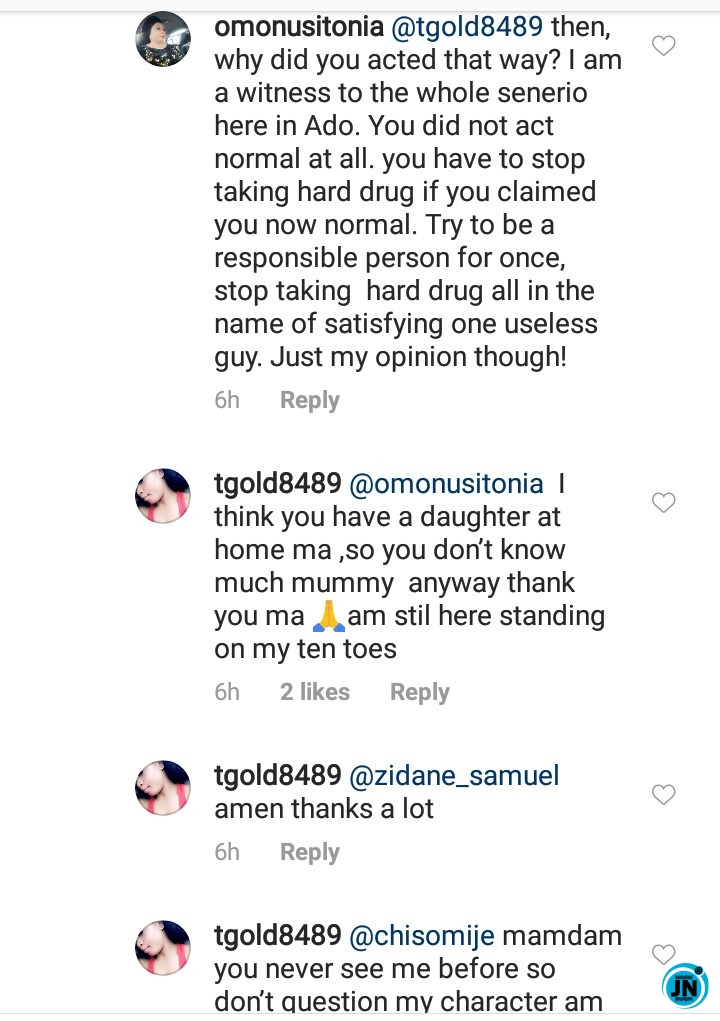 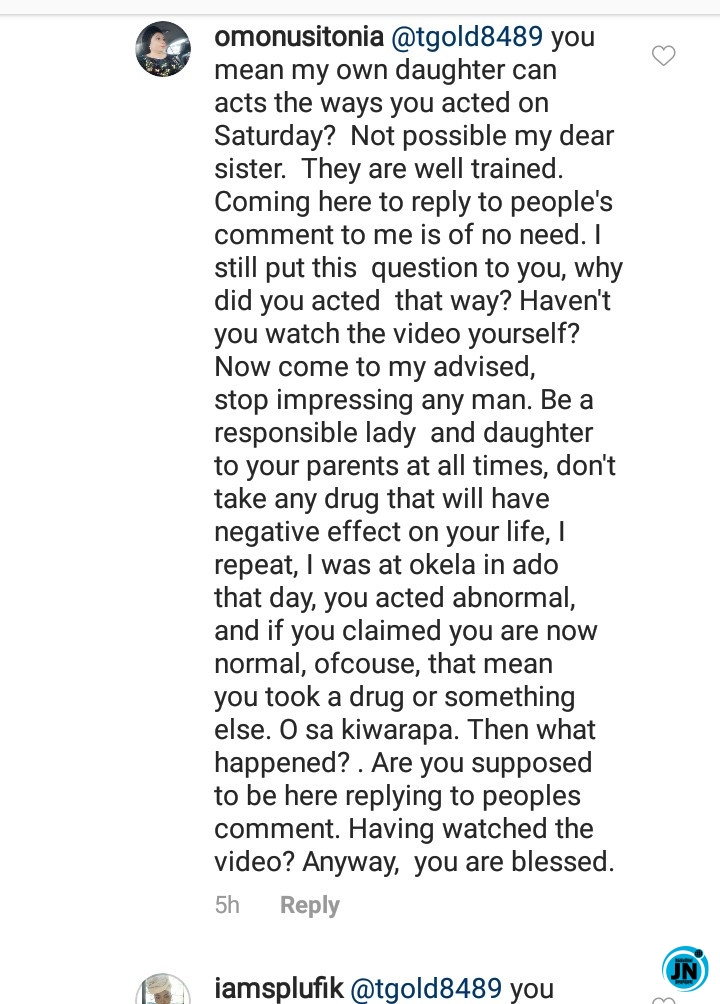 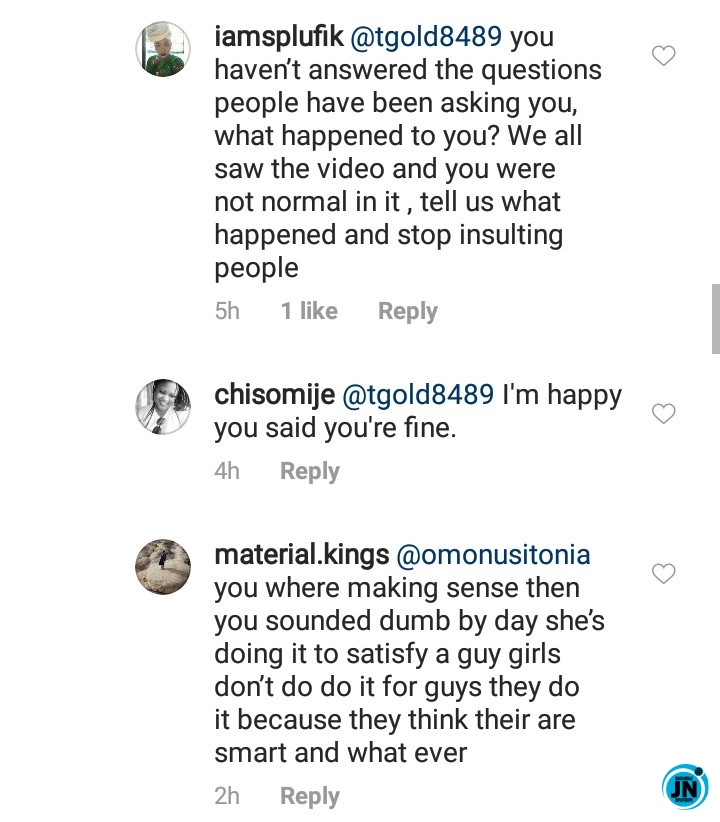