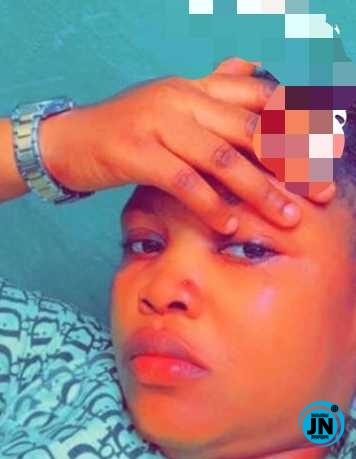 An enraged lady has taken matters into her hands as she angrily damages husband car, using a stone to smash the screen of the car.

The incident occurred on Tuesday, February 1st, according to reports.

The owner of the car who is identified as Samuel would have to pay some huge amount of money to repair it after the wife, identified as Olabisi a.k.a Iya Zion, gave the car some retouching.

Narrating what transpired, a source stated:

“She accused him of cheating and a fight ensued. He aSsaulted her and she returned the favor by giving his car a facelift.”