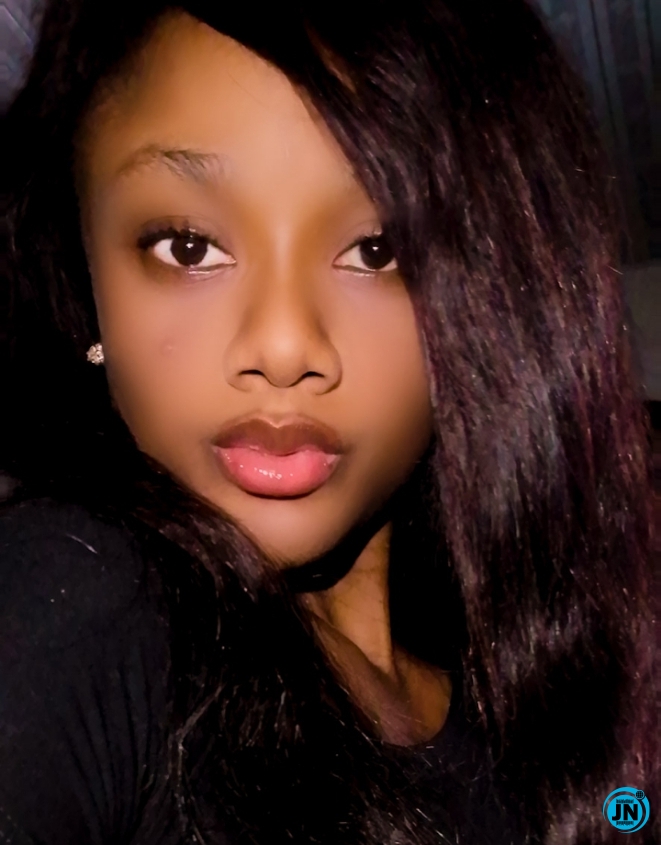 A Nigerian lady identified as Kyla has narrated how she broke up with her boyfriend after he sent her money to make her hair.

According to the lady, her boyfriend at the time sent her N125,000 to make her hair, and she got angry about it.

She claimed that the money is too small to make her hair as she allegedly spends more than that only on fixing her nails.

Speaking further, she claimed that she added N5k to the money to make it N130k, sent it back to him and ended the relationship. 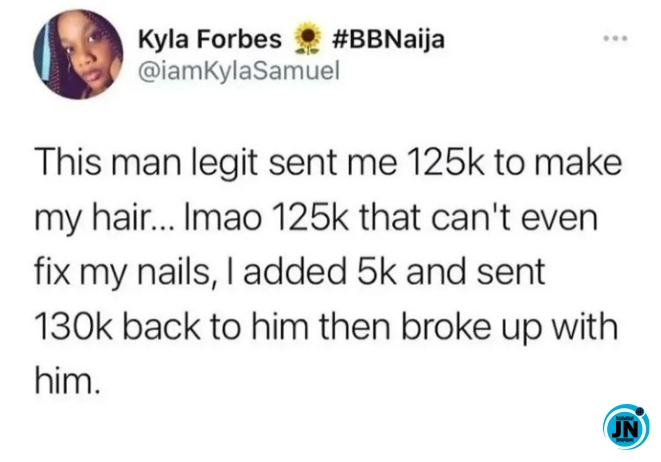