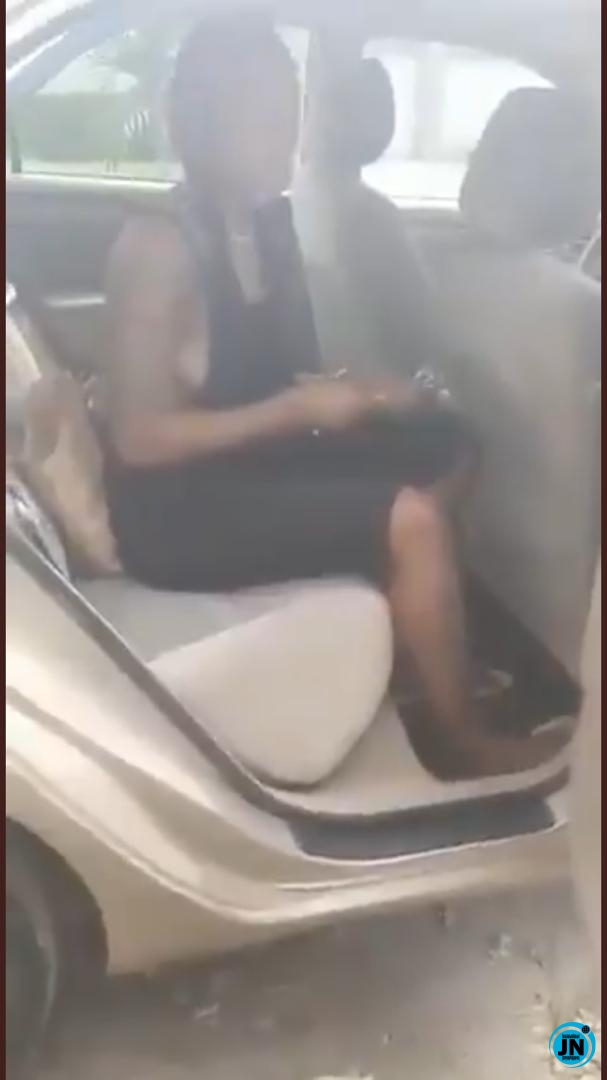 Young lady faces serious embarrassment at the hands of a driver who was tired of waiting to collect his transport fare of N2100.

A video making rounds on social media captured the heated exchange between a cab hailing service and a passenger who could not afford to pay for the trip after reaching her destination.

According to the lady who claimed to be a video vixen, her boyfriend who is supposed to pay for the trip on arrival refused to answer his phone.

The driver who was tired of waiting after thirty minutes lamented about the time wasted as he insists on taking the lady’s phone until he gets his money.