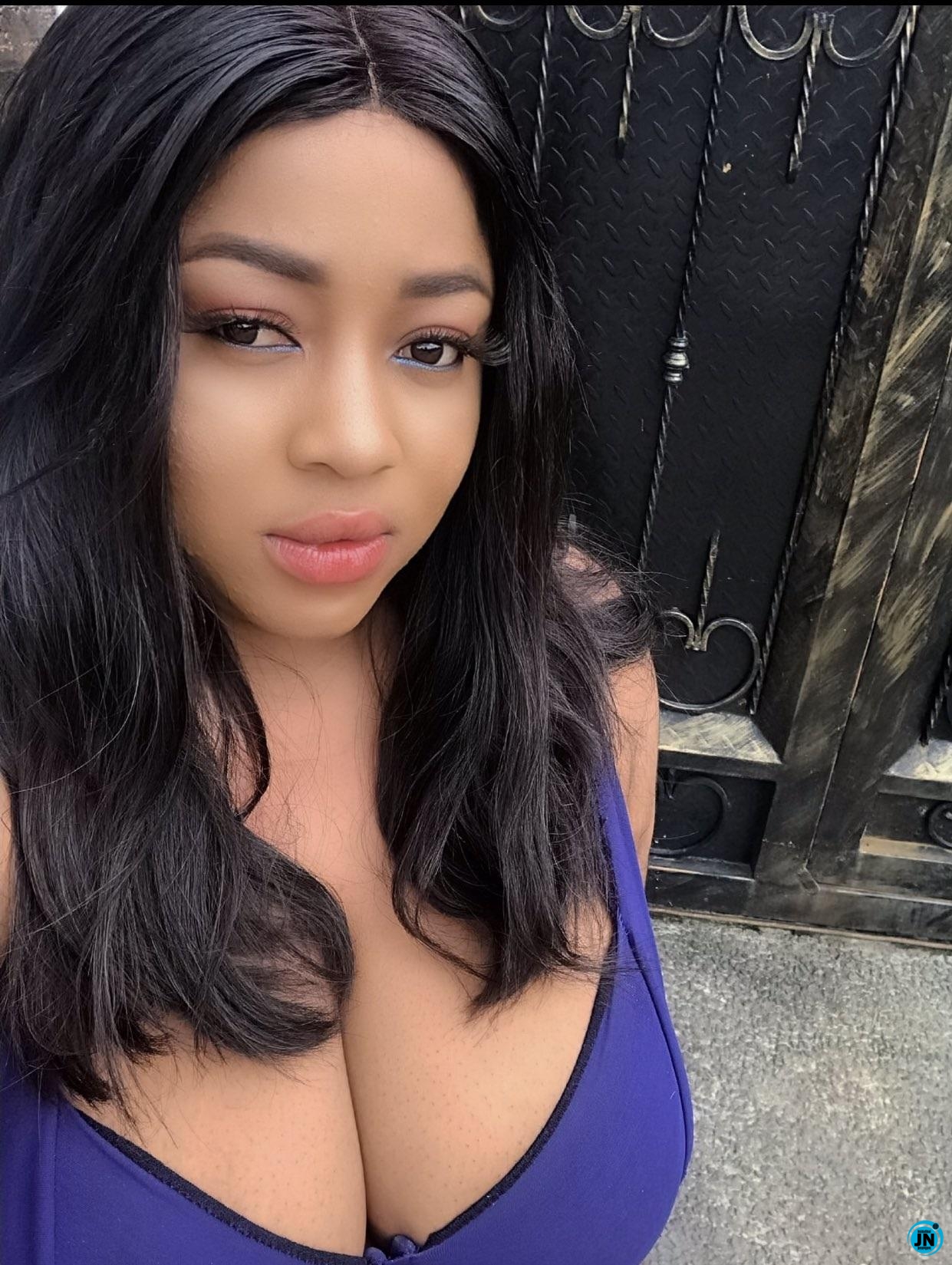 A lady on Twitter is bittered as she calls out her boyfriend who she claims to have accidentally impregnated another woman a few months after paying his yearly house rent.

@Lynda4eva has taken to Twitter to tell an unbelievable ordeal with her boyfriend whom she’s been paying his house rent for two years.

Unfortunately, she got his call one morning to break the news of “accidentally” sleeping with another woman, which resulted in pregnancy.

For her, as she narrates her story, she claims that the worst scenario is giving him her ATM card today to go shopping for his groceries.

Here’s what she tweeted;

“I paid my boyfriend’s rent last year and this year, too and he just called me now to tell me that he accidentally slept with someone and she fell pregnant.

The worst part is that I still gave him my ATM today to withdraw for his grocery shopping… I have been duped!” 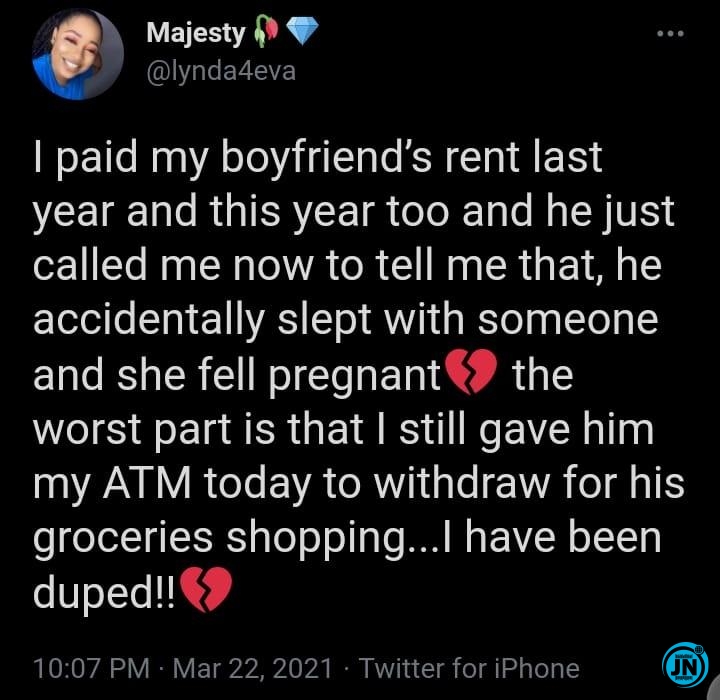 “I am the woman God showed mercy” – Uche Elendu celebrates 38th birthday style (Photo)
Tears Of Joy As Okada Rider Returns Missing N700,000 To Business Woman
"You Are A Disgrace To Womanhood" – Actress Moyo Lawal Gets Dragged By A Troll
Woman challenges Remi Tinubu for being called a thug