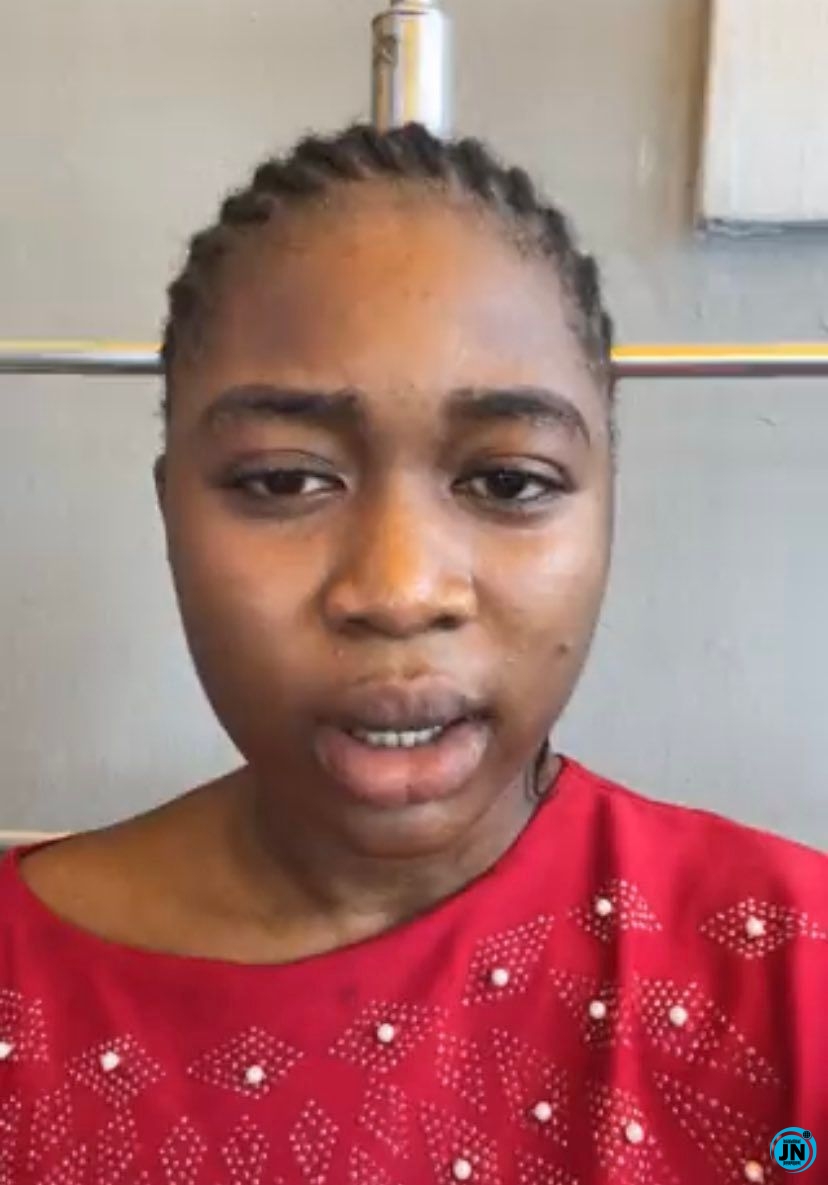 Young lady simply identified as Toyosi lands in police custody following a false cry for help on the claims of being molested and kidnapped.

The young lady in the early hours of the day had taken to the microblogging platform to drop a phone number and address with claims of being abused sexually. 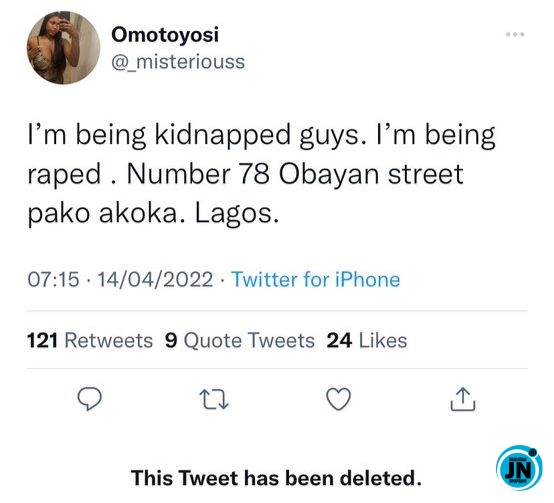 The tweet, however, gained the attention of many which triggered support from far and within only for Toyosi to take down the tweet followed by a second tweet to debunk the claim. 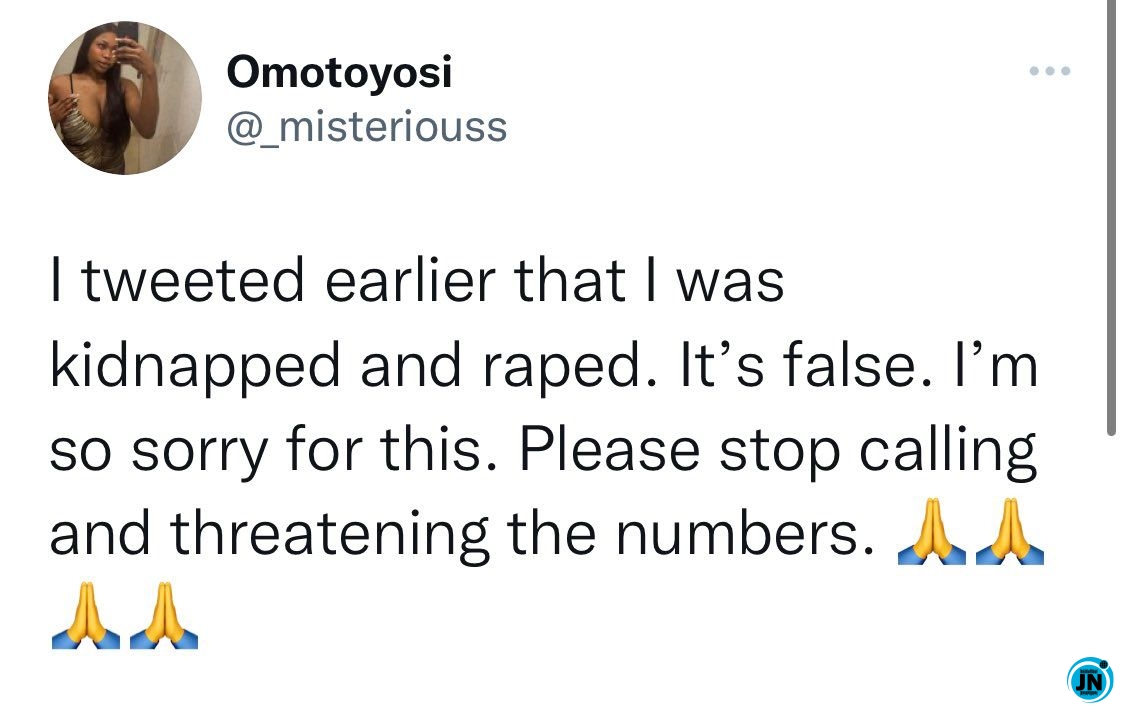 Still, many doubted the authenticity of the debunking tweet as it was believed that she was forced to make the tweet.

The development triggered Toyosi to drop a video stating affirmatively that she was safe and not being molested or kidnapped.

Amidst the outrage on social media, the brother to the young lady confirmed in a video that Toyosi was fine and was only chasing clout.

The police, however, have been involved in the issue and the young lady is said to be arranged in court for proper legal consequences.

Toyosi the alarmist, who twitted today that she is being kidnapped and raped, has been arrested by the Lagos state police command. She will be arraigned before a Lagos court, for disturbing public peace. @AfamDeluxo @FS_Yusuf_ @General_Oluchi @UchePOkoye @von_Bismack pic.twitter.com/ANg4STgpws

“I wonder why I haven’t had issues with my people I’ve known before the house but can’t say the same for the people I met after” – Erica Nlewedim.
#BBNaija: “You are going nowhere dude” – Actress, Destiny Etiko pledges support for Whitemoney
Davido’s Fiancée Buys Expensive Benz Car For Ifeanyi On First Birthday (Photos)
How I tied Ataga’s hands before killing him and stealing from him because I needed the money — Chidinma confesses in new video