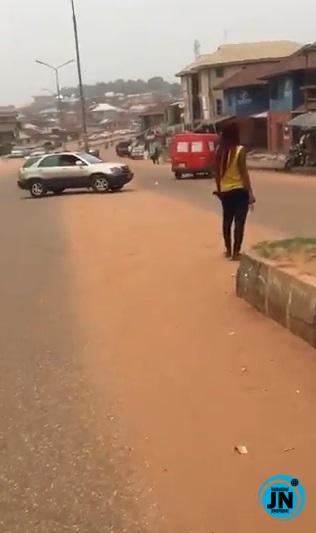 Young lady allegedly loses her sense of reasoning after alighting from a car in Auchi as seen in the video roaming the street.

A video making rounds on social media capture the moment a young lady is seen roaming by the roadside back and forth while muttering inaudible words.

According to a witness who recorded the video, the lady dropped from a car, then began to act insane. 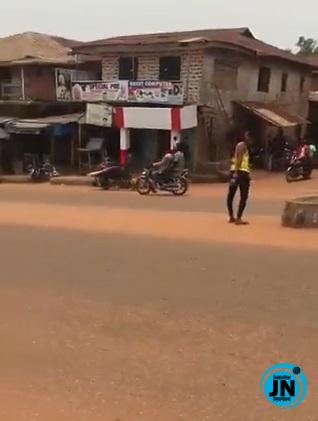 The witness could be heard advising other women on sticking to their man rather than falling for men with flashy cars and lifestyle to avoid falling victims to such misfortune.

“In your dreams, idiot” – Davido blasts lady who called out Chioma and asked her to get him out of her DM (Video)
“Chief dey try” – Lady says as she shares screenshot of N660k alert from her lover
‘My Boyfriend Wants To Sleep With My Friend Before He Forgives Me For Cheating on Him’ – Lady Shares Ordeal
Nigerian Lady cries out after her cousin was allegedly sent to Isolation center without food (Video)