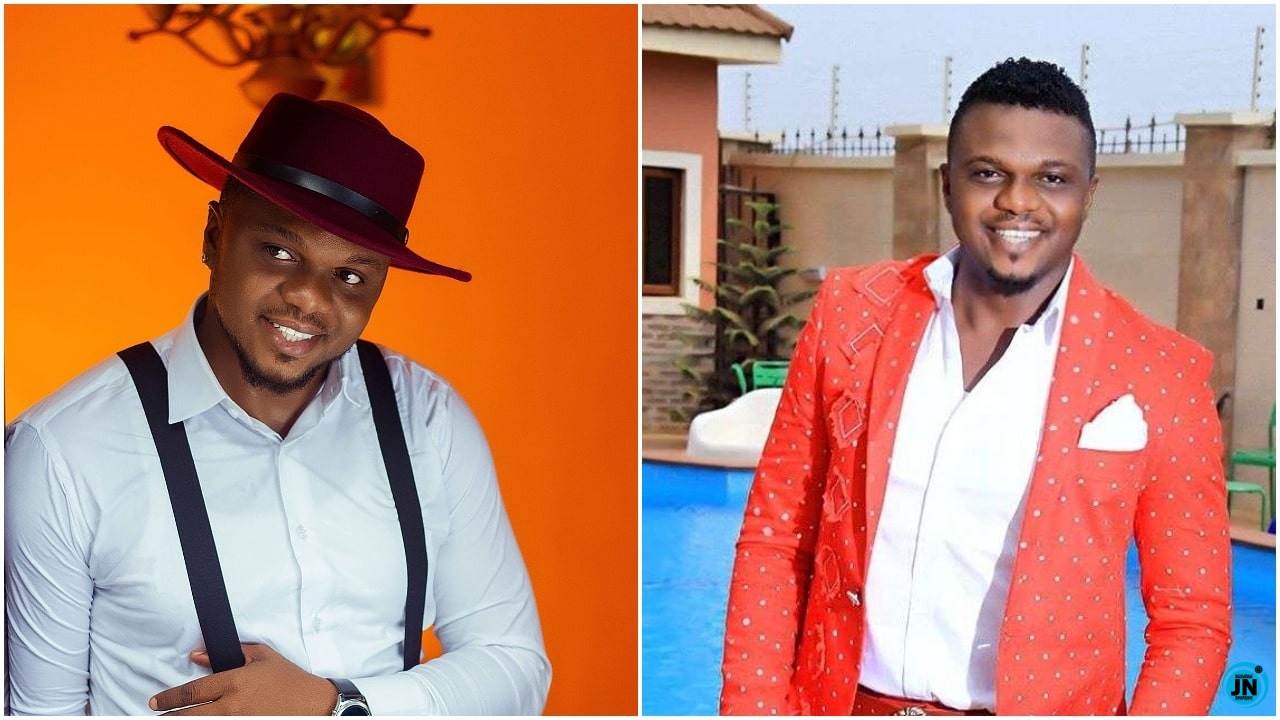 Multi-talented actor Ken Erics is not a new face to viewers of Nollywood movies.

However, what many may not know is that apart from being an actor, Ken Erics is also an author and a musician.

He has over the years built a name for himself, having made it to the limelight following is a role in the movie titled ‘Illiterate” alongside the likes of Tonto Dikeh, Yul Edochie and many others.

He was born on the 28th of February 1985 in Kano State, to Chukwuemeka Nwenweh and Grace Ifeyinwa Nwenweh, both from Enugwu-Ukwu in Anambra State. He is of Igbo descent. He is the last child of six children.

Owing to his love for art since his childhood, he gained admission to the Nnamdi Azikiwe University Awka, Anambra State, where he graduated with a degree in Theatre Arts.

Apart from his first degree, he also holds a master’s degree in Theatre and Film studies.

He started in 2001, when he made his debut in the Chris Ubani directed movie ‘Holy Prostitute’, where he played a minor role as a medical doctor, with just three scenes.

Following his graduation, he attended auditions and bagged a few other cameo roles in-home movies.

However, he hit the limelight in 2012 when he played “Ugo” in “The Illiterate”.

As an author, Erics first published work, “Cell 2”, has gained attention and has been used in several Nigerian tertiary institutions for stage productions and academic purposes.

He also plays the piano and guitar and, at some point, had his musical band.

Eric has acted in some movies, and they are listed below;

He has quite a number of awards to his name. Some of them below;

In 2015, Eric won the Golden Icons Movie Awards (GIAMA) for Best Actor in a Lead Role

In 2017, he won the City People Entertainment Awards Best Actor

In 2018, he won the Golden Movie Awards (GMA) for Best Supporting Actor

In 2019, he was handed the South South Achievers Awards (SSA)

He got married to Onyi Adada, with whom he has had a long-term relationship in Enugu, on December 28, 2017.

However, Onyi Adada would later reveal that their 2-year-old marriage had ended while reacting to reports about Blossom Chukwujekwu’s marriage back in 2019. She also claimed the actor was gay and never made love to her before and after marriage.

In response to the claim made against him, Ken Erics, in a statement In September 2019, reacted to the reports of his crashed marriage by he now has peace.

The actor has a successful career in the movie industry, valued at around $600,000.

Netizens react after spotting a car with a plate number ‘EGOOBALA’ which means ‘blood money’ [Video]
Chidinma Ekile Net Worth and Biography: Age and 3 Crazy Facts About Her
“No be the girl be this” – Netizens express doubt after lady admitted being the one who harassed Ruger (Video)
“This your love no be God when” – Netizens react as Mercy Aigbe displays barbing skills (Video)