#JusticeforDonDavis: Student accused of harassing, bullying shares his side of the story
Posted by 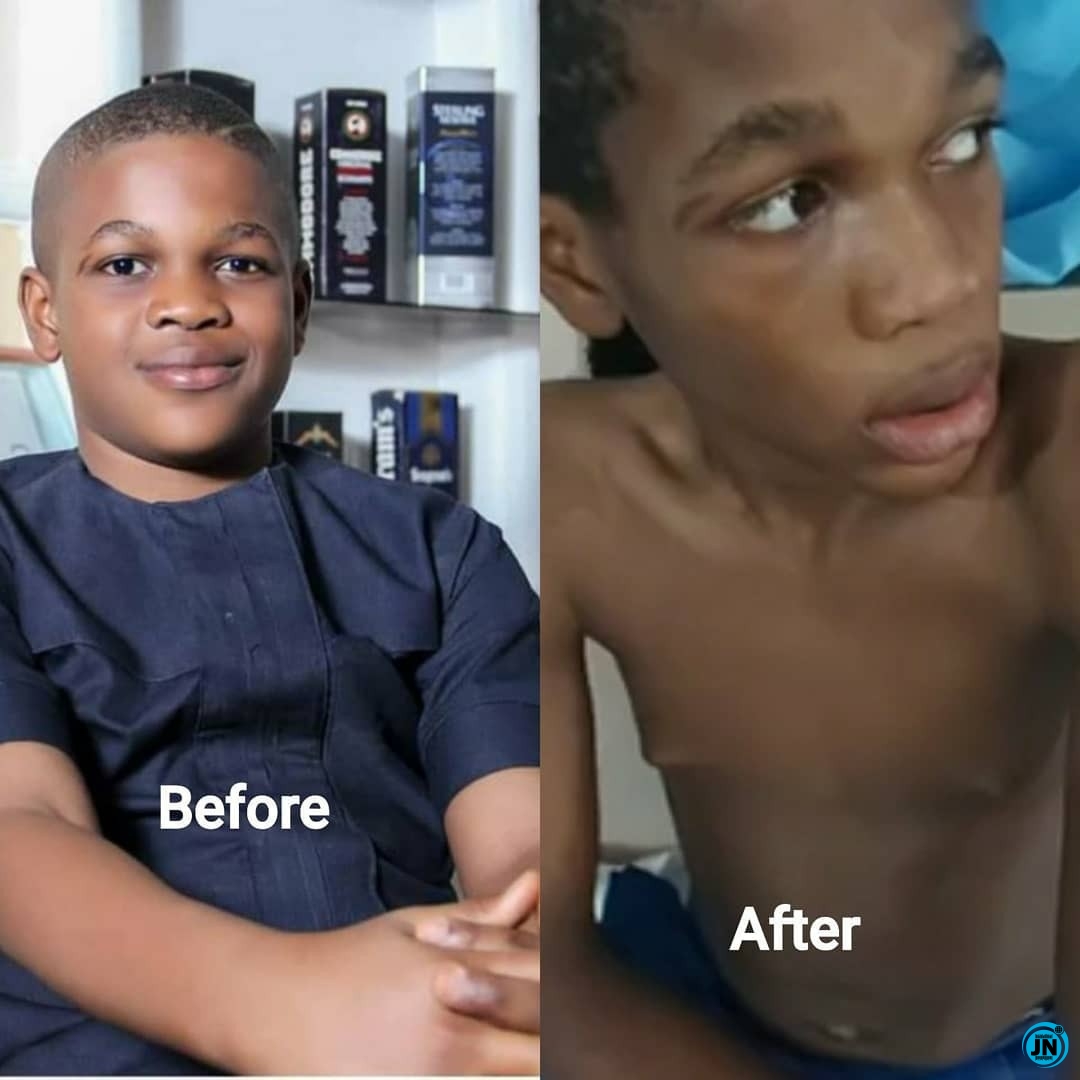 Shalom Omoniyi, one of the students who was accused of bullying and harassing Don Davis at the Deeper Life High School, Uyo, Akwa Ibom State has shared his side of the story.

According to Shalom, contrary to allegations against him, he never bullied or harassed Don Davis.

Recall that the Eleven-year-old JSS1 student of the school recently shared details of how he was allegedly assaulted and molested by staff and students of Deeper Life High School in Akwa Ibom.

In a Facebook live with his mum, Don Davis said he began to suffer physical assault from one of the teachers because he was bedwetting.

Davis alleged that “two boys named Ola and Shalom used to put their hands inside his anus, bring out feces and then use that same hand to beat him”.

However, Shalom one of the senior boys Davis said bullied him, in an interview with Vanguard, stated that their boarding master, Nseabasi Joseph, only asked him and Ola to help Don-Davis learn how to keep himself clean.

Shalom said Joseph only gave him the task because Don-Davis was his bunkmate for two weeks.

“We (Ola and I) did not bully him. I did not molest him. The boarding master, Joseph Nseabasi, asked us to make sure he was always clean because when he pooped or peed on himself, he didn’t clean up. And when he smelled, and we asked him if he defecated, he would say no.

“But when we asked him to pull down his boxers and bend down, we would discover that he defecated without cleaning his anus. We would now ask him to go and take his bath or clean himself. And when we noticed that his clothes were smelling, we would tell him to go and wash the clothes, but he would refuse. Instead, he would go and put the smelly clothes in his cupboard.”

Shalom also alleged that Don-Davis might have been angry that they (he and Ola) didn’t do the things the boarding master, Akpan, was doing for him before he fell ill, noting, “Mr. Akpan used to wash his clothes, bathe him and also helped him to brush his teeth.

Speaking further he revealed that a female nurse used to come at 6:30 am to give Don-Davis drugs every day on an empty stomach.

When asked if the School punished him and Ola for allegedly bullying and molesting Don-Davis, Omoniyi said he was never punished.

“Don-Davis reported us to the school principal, (Mrs. Ndidi Solomon, already suspended) that Ola and I bullied him. The principal invited us to her office and told us that she was going to punish us. Even when we tried to explain things to her, she refused to listen. But she did not punish us.”

Father to the accused student, Olusegun Omoniyi, said his son has been admitted into the school from JSS1, and that he never received any bad report from the school about any misconduct on the part of his son.

He noted that he was surprised when Don-Davis mentioned his son’s name in the matter.

He explained that even when the school principal, Ndidi Solomon, contacted him, saying she was going to punish his son, he was not given details of the offense he was said to have committed.

“So, when I saw the story and the alleged involvement of my son, I decided to call my son and ask him why he bullied and molested the boy, but he said he did not do such a thing.

“I cannot force my son to tell a lie. And I also allowed him to make a statement to the police last Thursday.

“I am not worried about anything because I believe that my son is telling the truth and I know the truth will prevail, no matter how long it takes. In fact, the whole story is too shallow for me to believe.”