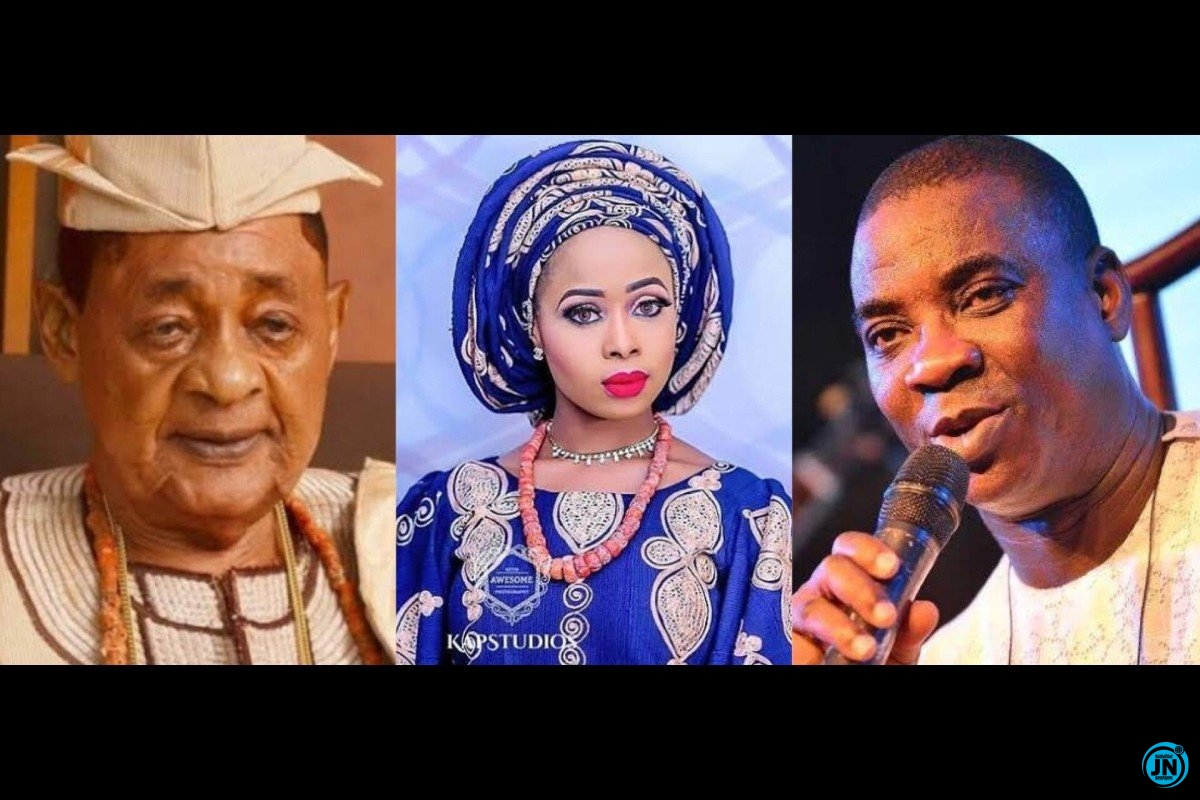 Popular Fuji Musician, King Wasiu Ayinde Marshal, KWAM 1, has said that it is a taboo for him to even think of s*x with the Alaafin of Oyo’s wife talkless of doing it.

Rumour was high on social media that KWAM 1 and the youngest wife of the Alaafin of Oyo, Olori Badirat Ajoke, were having an affair.

It was also reported that the Olori was sent out of the Alaafin’s palace when the affair was discovered by her husband the Alaafin of Oyo, Oba Lamidi Adeyemi.

In the video below, KWAM 1 who, a few days ago, issued a statement on the matter, opened up to Ovation Magazine boss, Dele Momodu, on the rumour as he reiterated that none of what was reported is true.