“Instead of sending me N50k for Valentine’s day shopping, use it for my Introduction” – Lady tells boyfriend
Posted by 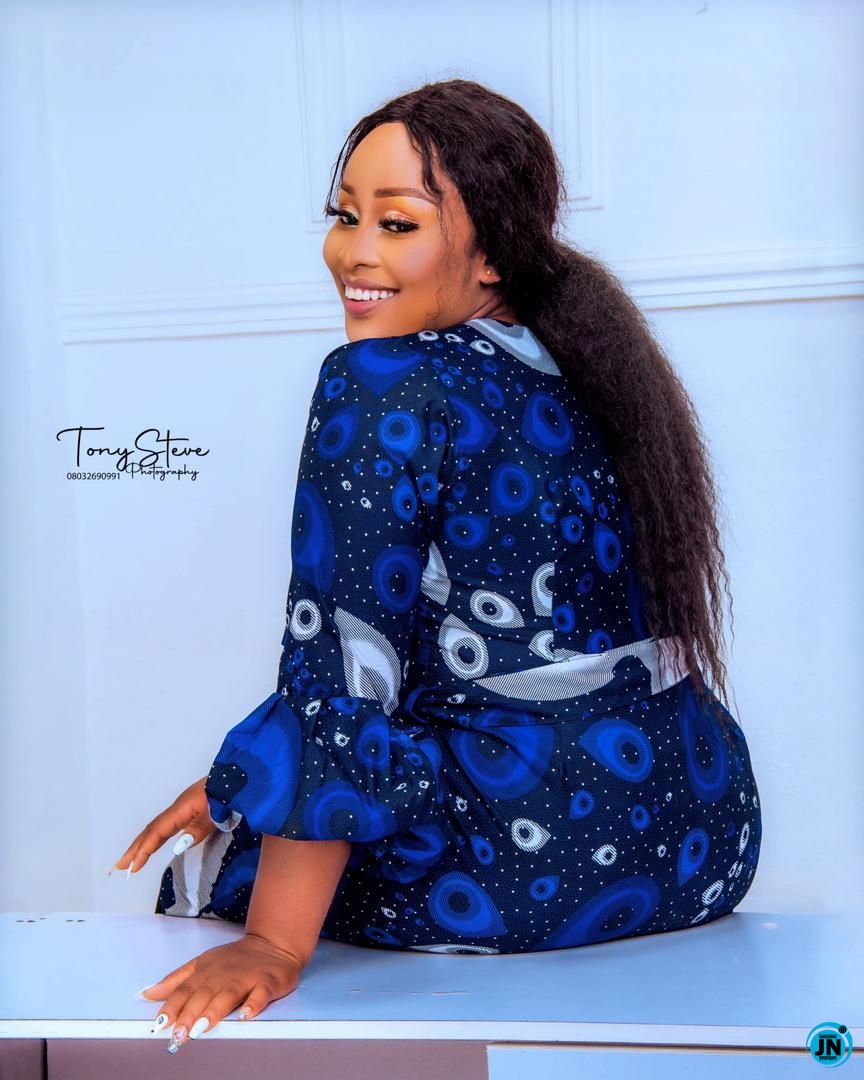 A Nigerian lady has told her boyfriend to use the N50k he wanted to send to her for Valentine’s day shopping for her marriage introduction rites.

The lady identified with the handle @Az_Ebukaaa on Twitter, [/b]took to the micro-blogging platform to disclose this on Valentine’s day, February 14.

According to her, if her man is serious about their relationship, he should channel the money towards their marriage plans, which in Igboland begins with an “Introduction”.

“Instead of collecting 50k from him for Valentine shopping, I told him to use the money for my introduction”. 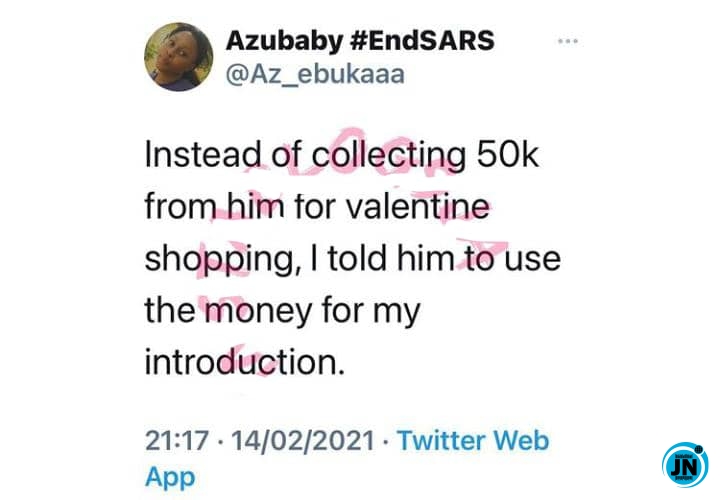 "I will never allow any man wash my panties, It’s never a sign of love" – Actress Ani Amatosero
Kizz Daniel finally reveals the meaning of his song ‘Buga’
[LYRICS] Soft - Underdog
“No be Nancy be this? This world is full of surprises” – Cryptic video of Nancy Isime and Timini sparks reactions (Video)