“I’m an olosho, it’s a good work” – Alleged LAUTECH student reacts to her video being leaked online (Video)
Posted by 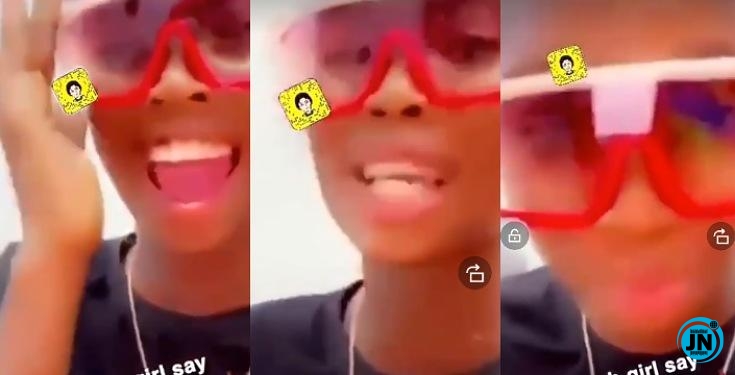 An alleged female student of LAUTECH has reacted to her video which was recently leaked online.

Speaking via a recent video, the young lady who has been alleged to be the lady in the video which was leaked, said she doesn’t care about what people say.

The alleged student admitted that she’s an olosho, and proclaimed that it’s a good work. She also warned those who do not know her to stop bad mouthing her.


Watch the video below;

“Your masquerade makeup is the most talked about nightmare in Africa” – Uche Maduagwu tackles Bobrisky over comment on ‘collecting the female gender’
"COVID-19 caused recession" – Buhari cries out
‘I Can’t Get Over Her’ – Ruth Kadiri Gushes Over Regina Daniels
#LekkiMassacre: "The army can’t just kill an innocent person, the people killed were supporting Yahoo” – Pastor says (Video)

Thus is so bad and understatement