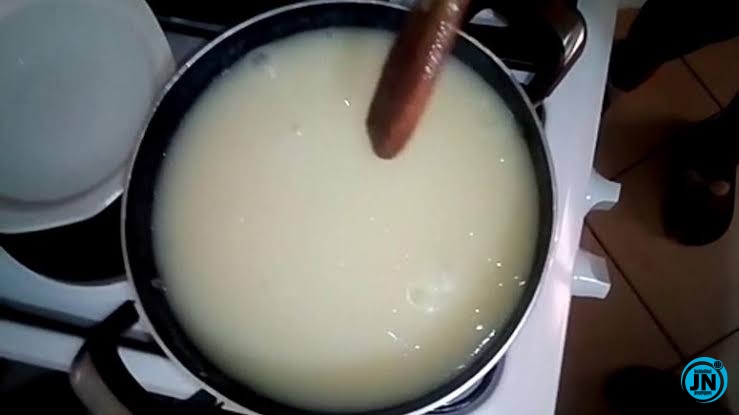 Some relationships may be affected by the ongoing BBNaija season six edition.

While a handful of Nigerians are not fans of the show, numerous others are willing to go any length to watch the show.

In a viral post spotted by on micro-blogging platform, twitter, a man has taken to his social media account to express disgust after his girlfriend left him in the pitch to each BBNaija.

The man identified as Dina declared that he would never marry his girlfriend for her act.

“I dey turn semo for kitchen my girlfriend dey parlor dey watch BBNaija, if I marry this girl make I bend.” 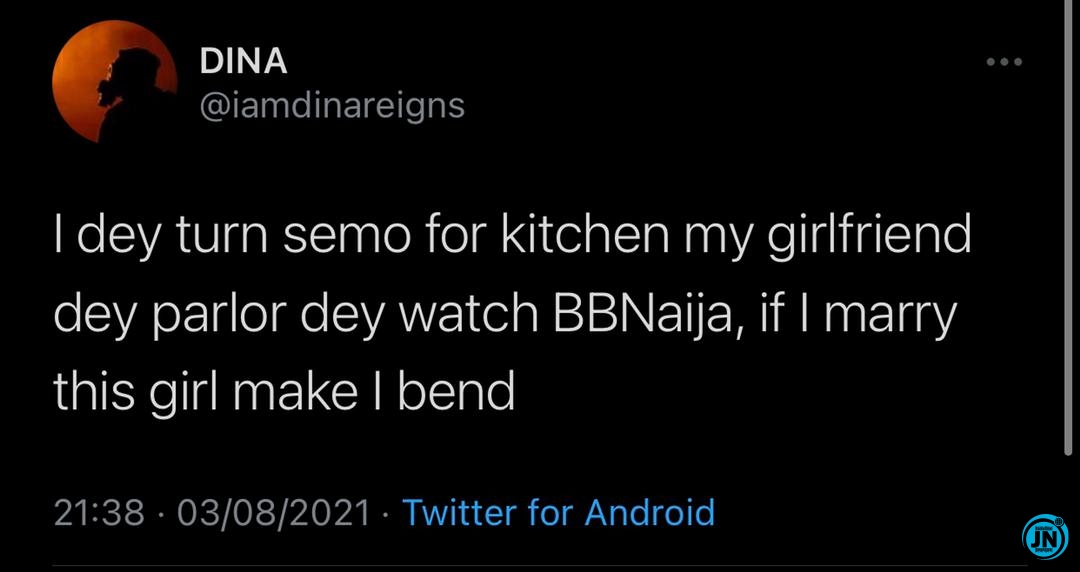 “Be careful out there” – Davido calls attention of Lagosians to rising kidnapping cases in Lekki
Mo Bimpe flaunts engagement ring amid report of upcoming wedding with Lateef Adedimeji (Video)
Corps member arrested for allegedly hacking a man to death after ‘hook up’.
[LYRICS] Joeboy - Don't Call Me Back (feat. Mayorkun)