“If any preacher tries to give you a vision, run!” – Lady narrates how she was duped of N3.2M
Posted by 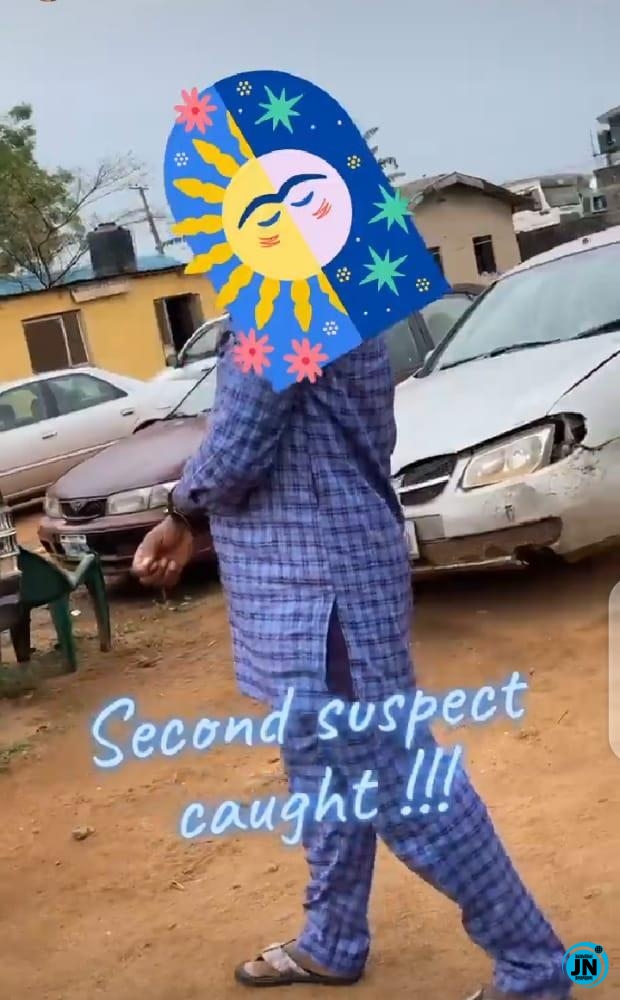 A lady narrates the depressing ordeal of being hypnotized and duped by a preacher of 3.2 million naira under the pretense of seeing a vision on her life.

@Tobismallz has taken to her Instagram page to narrate an ordeal she described as shocking and depressing.

According to the lady, on February 4th, a young prophet approached her with the warning of seeing a bad omen around her, which was followed by exchanging contacts for follow up. 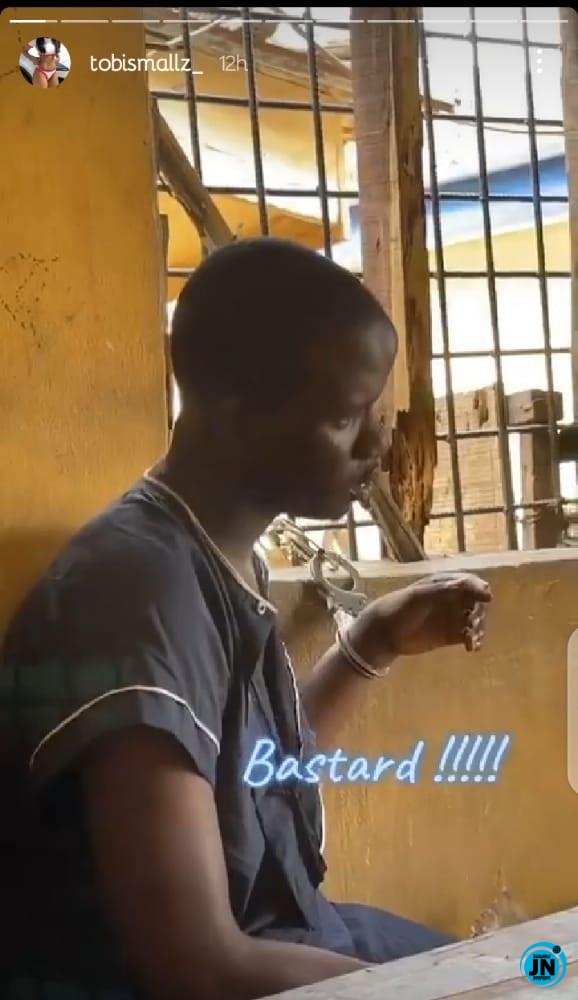 Later that evening, she reached out to him, only to be met with personal shocking revelations and was asked to come to a church for prayers.

In the church, she was hypnotized and this caused her to withdraw the sum of 3.2million naira from her account. 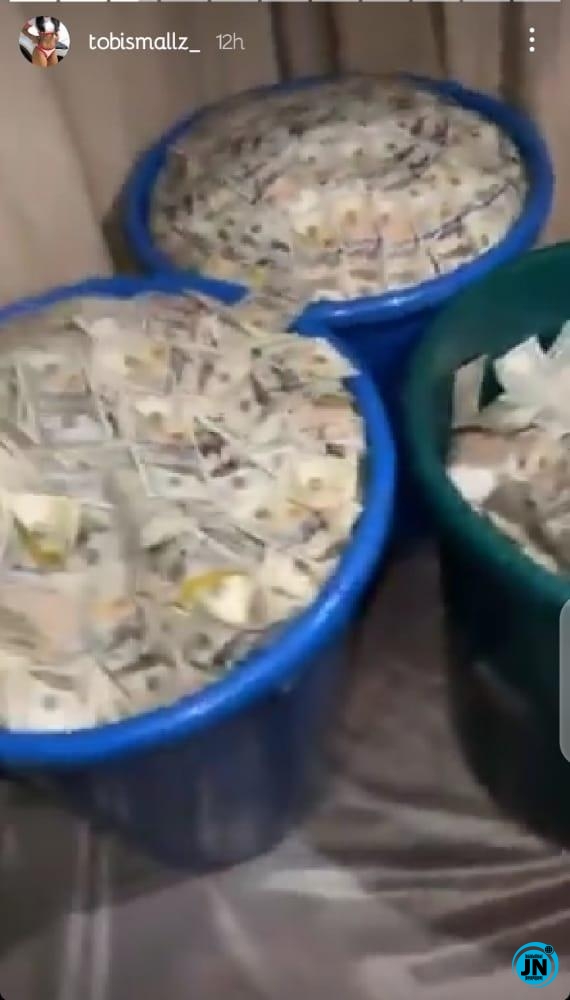 She further kept begging and borrowing more money from family and friends until her mother realized what had happened.

@tobismallz disclosed that she was in shock and depressed.

However, she kept in touch with the preacher and his gang not knowing that they kept nudging her to bring in more money and this led to her meeting with the forerunner.

But by this time, she had informed the police which led to the arrest of the suspects. 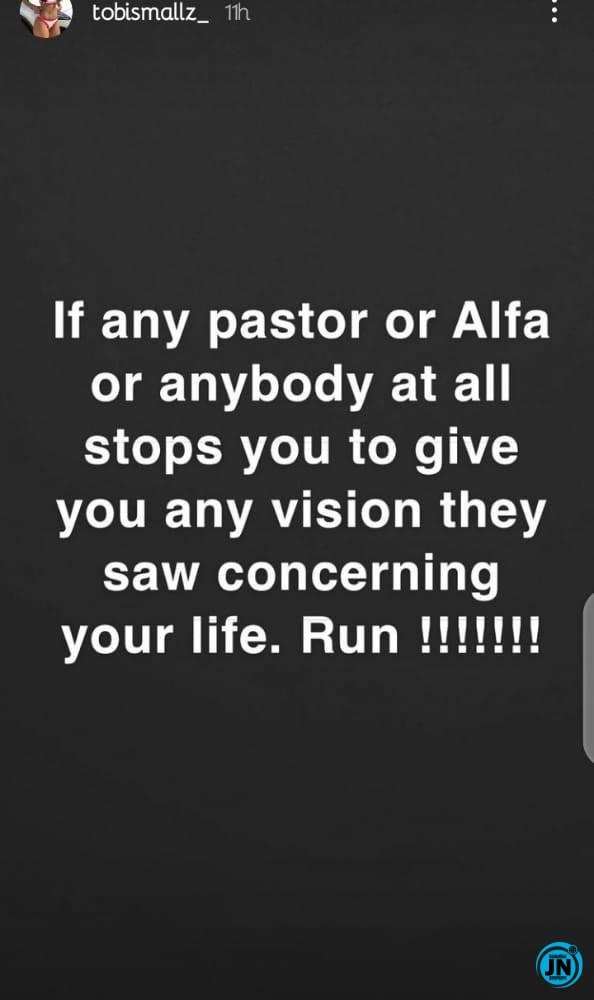 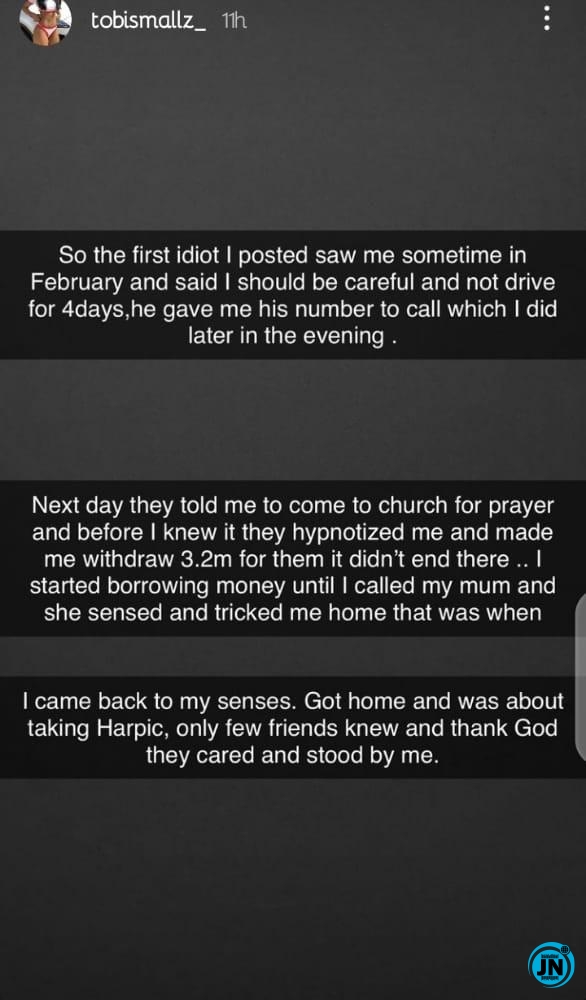 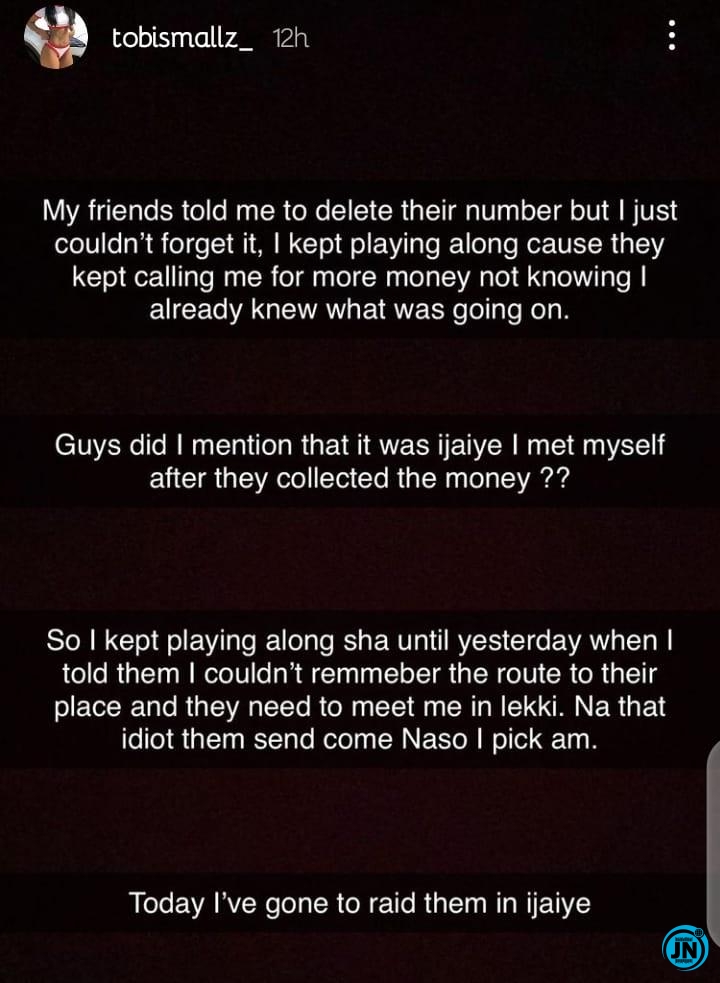 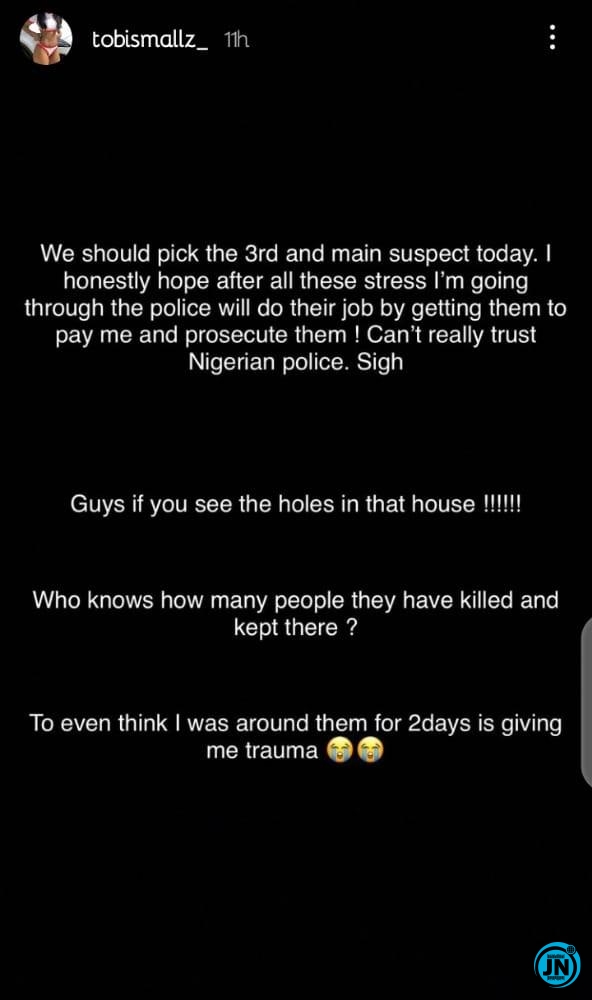 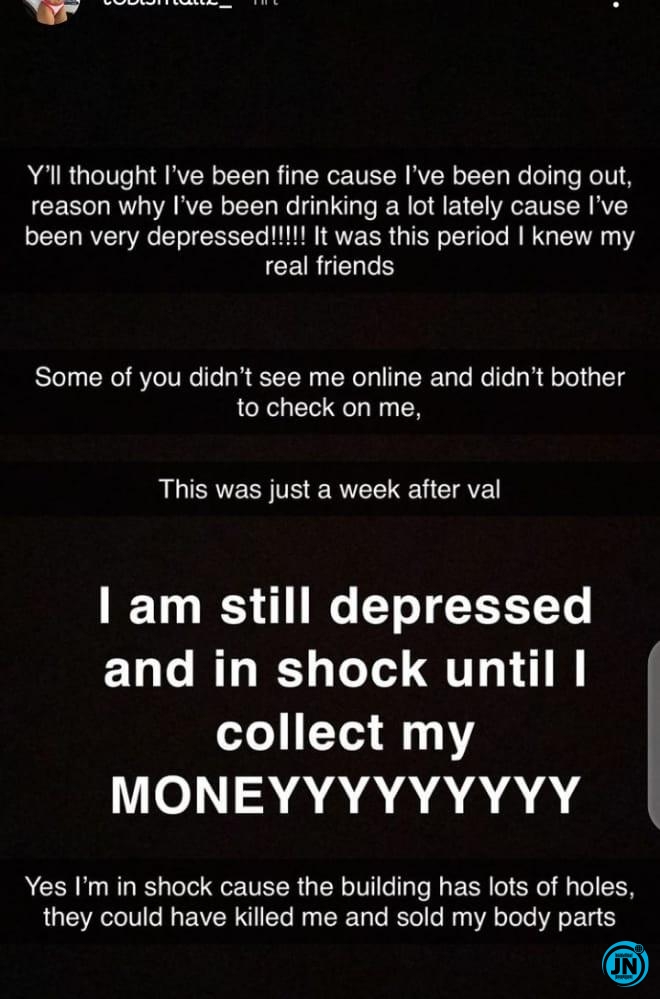