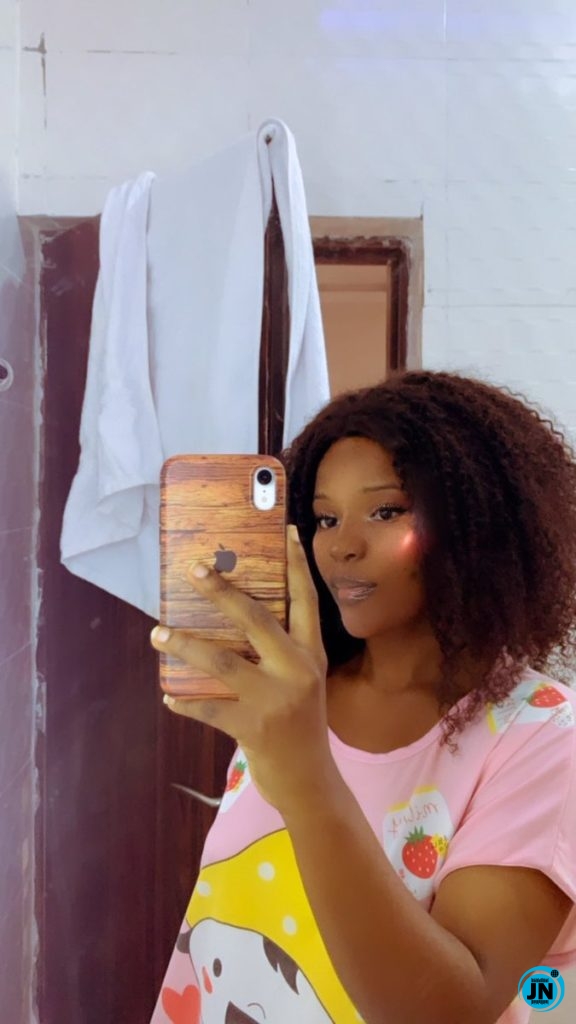 A Nigerian lady identified as @rutie_xx on Twitter, has narrated how she met with a man who claimed to be the manager of billionaire businessman, Obi Cubana.

According to her, she met with man named Lanre who claimed to be Obi Cubana’s manager for five years, only to find out that he lives in a two-bedroom apartment.

”I met this Lanre guy who told me he was Obi Cubana’s manager for five years. He was living in a two bedroom flat apartment.

I expected more from someone who was Obi Cubana’s manager for five years”.

“I know a man who is a very wealthy man and his boys touch good money but most of them aren’t as principled as him. They womanise, club and spend they spend lavishly.

That’s life. No be everybody go make am big even with good opportunities on their faces”

“How much do you think he’s being paid as a manager to Cubana for 5 years?

In your little mind, you want him to steal from Cubana to fund an expensive lifestyle to impress people like you?

This is the mentality Politicians carry to office so that they can impress girls like you.” 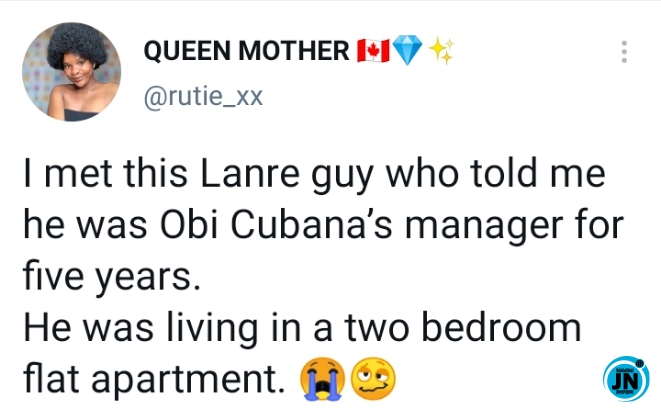 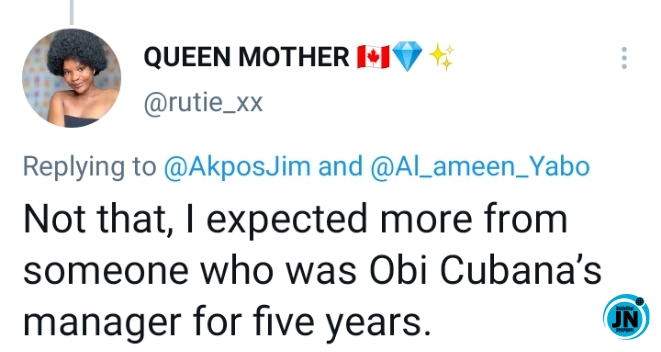 JMK lambasts toaster who could not handle rejection, calls him retard
Cubana Chief Priest in tears as he mourns Ifeanyi Adeleke (Video)
“I wish you divine strength” – Olamide writes as he mourns Davido’s son, Ifeanyi
Van Bronckhorst quits after one season in China