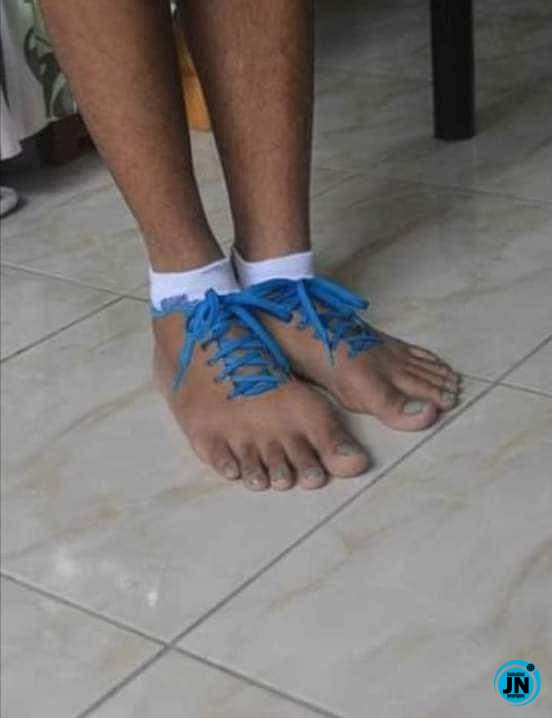 Invention and innovation seem to have taken another dimension after a Twitter user shared some photos of shoes that looked very much like the feet of a human being.

The Twitter user identified as @LifeOfNapaul took to his handle to share the bizarre and awkward photos of the shoes which attracted the attention of netizens and subsequently sparked numerous reactions on the micro-blogging platform. The shoes when viewed were constructed in the shape of a human being’s feet and had a blue shoelace to keep them firm on the feet.

Wtf is this fgs😭 pic.twitter.com/7kKgEIvTZo

Fans on their part are still shocked about this, as they chip in their thoughts as regards the weird photo: 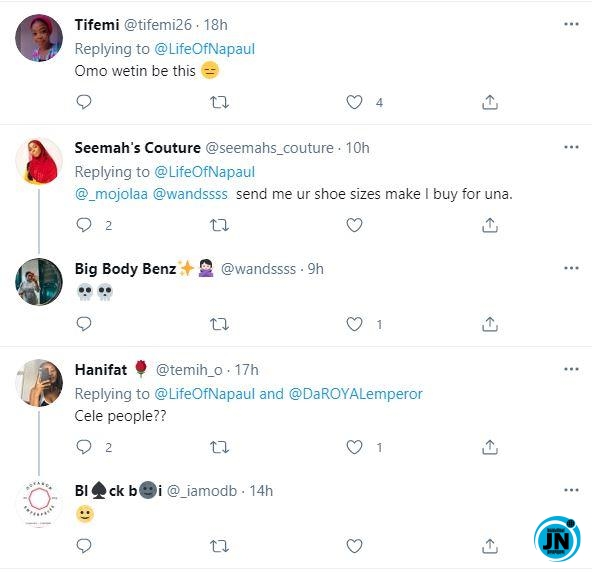 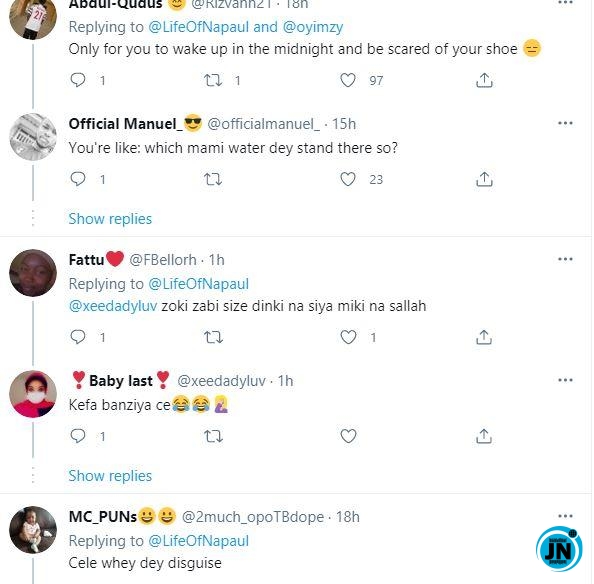 “How will I be wearing somebody’s leg inside my leg?” – Reactions as shoes which look like human feet surfaces online
Tacha Dragged By A Lady On Social Media, For Showing Off Fake Designer Shoes
Popular Actress, Nkechi Blessing Reveals What Will Happen To Her Clothes And Shoes After COVID-19
“Tell daddy I rocked his kicks better” – Wizkid’s son, Tife says as he poses in dad’s shoes