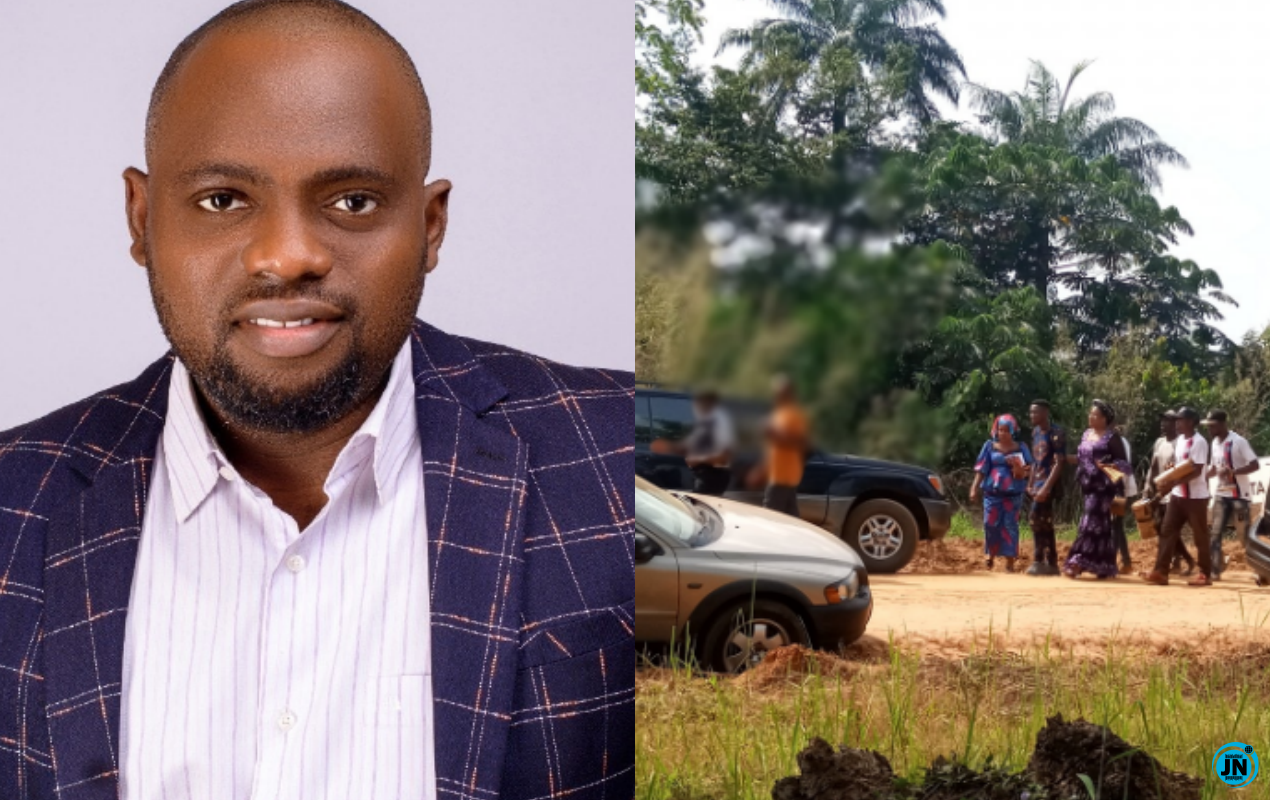 Popular Nigerian writer, Emeka Nobis has taken to social media to lament over the events surrounding the burial culture in Igbo land.


He narrated how supposed visitors mocked the deceased’s father for not providing enough food for them to eat at the burial.

“Just finished at a burial of my cousin in Imo State. I’ve always felt sickened by the culture of burials. I’ve not attended one in the past 10 years.

Our Igbo culture regarding burial sucks and sickens me a whole lot.

As soon as she was buried, I left the scene to go wait for my mum and brother under a mango tree. I’m an empath and death of loved ones latches onto my memory in very traumatic ways.

She was one cousin I’d visit her house in my twenties and she’d call me Ekus, so I felt the emotions. I don’t eat or drink at burials.

While under the mango tree outside the compound, I felt so irked by the words of sympathisers who had come to the burial.

“I think say this man get money sef. Common food we no fit chop belleful. Even poor people can do better at their own burial.”

This burial culture of our people is one thing that has pissed me off so much as a youngster. When my uncle died in 1997, my dad had to get into debt as the first son to be able to bury his brother.

It was a battle between burying my uncle and using the money to pay my fees into university.

I had to take the battle into my own hands to be able to get the money .

As I watched people troop in and leave today, my heart went to the many families that are left in the throes of debt just to bury their beloved.

My cousin’s husband may not be found within the circles of the wretched, but I truly find this culture that celebrates the dead and throws people into debt absolutely sickening.

You need to see the antics of the various religion organizations and age grades during these burial preparations. They seem to see such as an opportunity to extract pounds of flesh from the family.

You see elderly men in the village demanding goats and cows as if you’re paying ransom for being kidnapped.

How callous to see someone suffer the pain of cancer for years, drain the purse of the family and you’re asking them to pay all the levies, bring yams and goat before the body is buried?

There has to be a shift in our times. We should start rebelling against these things.”

“Nigerians don turn BBNaija to ‘show of hate’, so sad” – Erigga laments
‘God What Sort Of Country Is This?’ – Mercy Aigbe Laments Over This...
Is This How I Will Carry My Virginity Into The New Year Again? Alexx Ekubo Laments
"Wizkid and Burna Boy are ganging up against me but it won’t work" – Davido laments