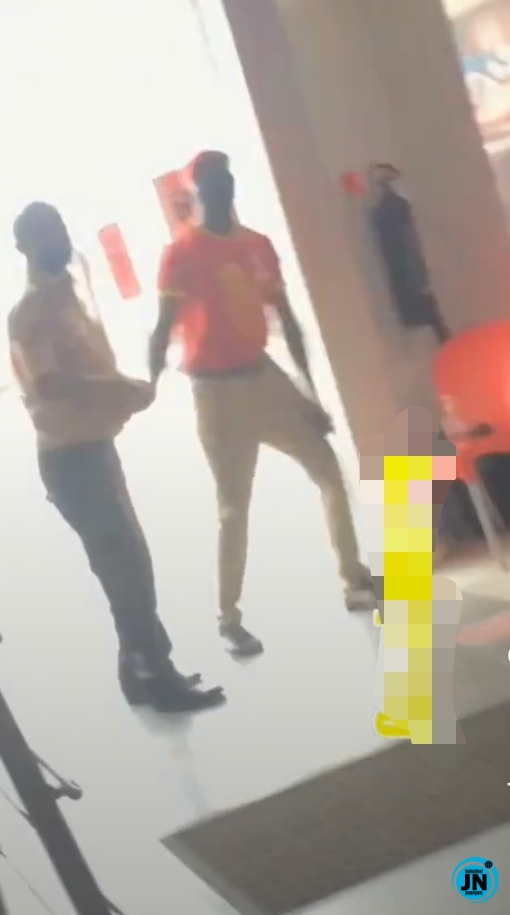 In a bid to become famous like their sacked colleagues, more Chicken Republic workers have taken to showing off their dance skills to attract their destiny helpers.

It can be recalled that the popular restaurant had sacked two of it’s employees who went viral after they were spotted dancing at work.

Help came from all corners and the duo had become internet sensations and are set to jet out of the country to begin their studies abroad.

Spurred by this, more workers have followed after their footsteps hoping to get the same outcome as their famous colleagues.

Some netizens reacting to the video has expressed their doubts over the chances of that happening with some stating that grace differs. 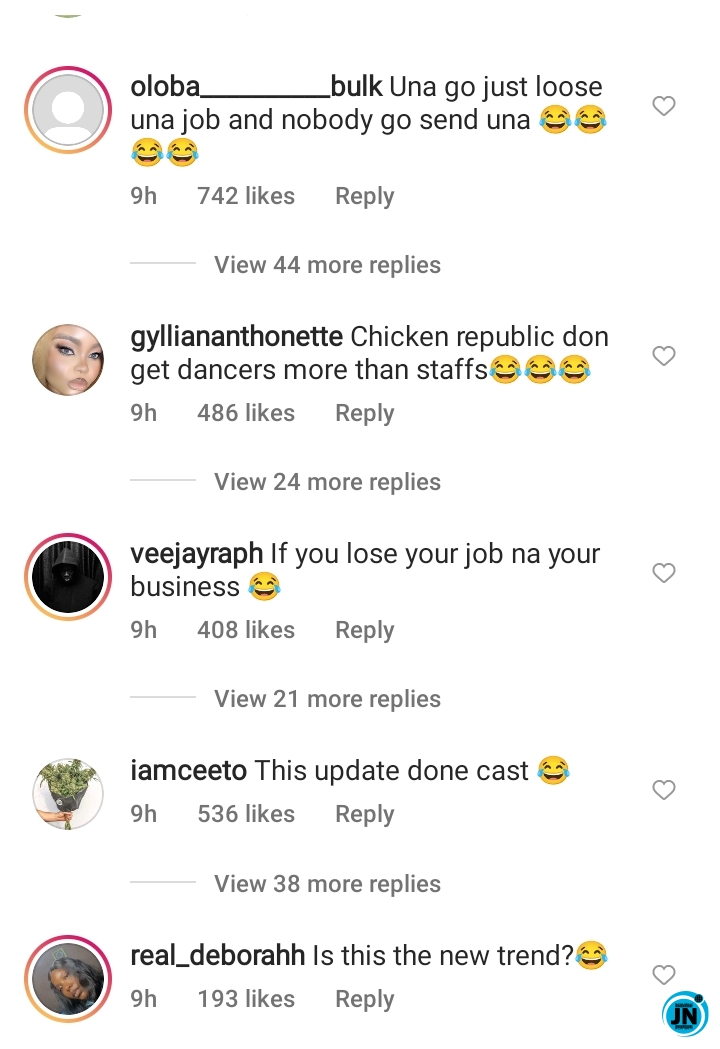 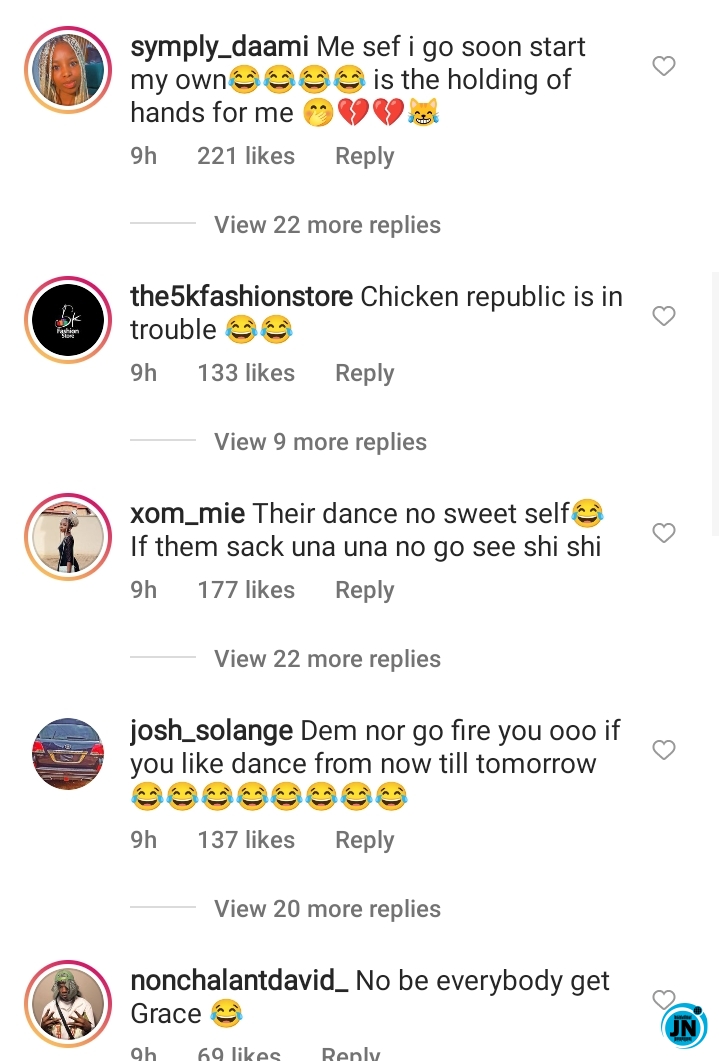 Prince Nelson receives loads of gifts including piece of land ahead of birthday (Video)
What randy producers did to me – Chioma Grace Ifemeludike
“This Is Heartless” - Tonto Dikeh Says As She Blasts DSTV and Network Providers
“Osinachi’s husband hit her on the chest; she didn’t die of throat cancer” – Osinachi’s sister opens up